85-year-old Great-Grandmother Is The Oldest Woman To Summit Mt. Kilimanjaro!

‘Age is an issue of mind over matter. If you don’t mind, it doesn’t matter.’ – Mark Twain

Seems like this great grandma from Arizona, who is 85 years young, took Mark Twain at his word and decided to emulate this quote. Meet Anne Lorimor of Paradise Valley, Arizona. About a month ago, this spry and sprightly lady scaled Mount Kilimanjaro in Tanzania, which has the distinction of being the highest peak in Africa, and the tallest freestanding mountain in the world. 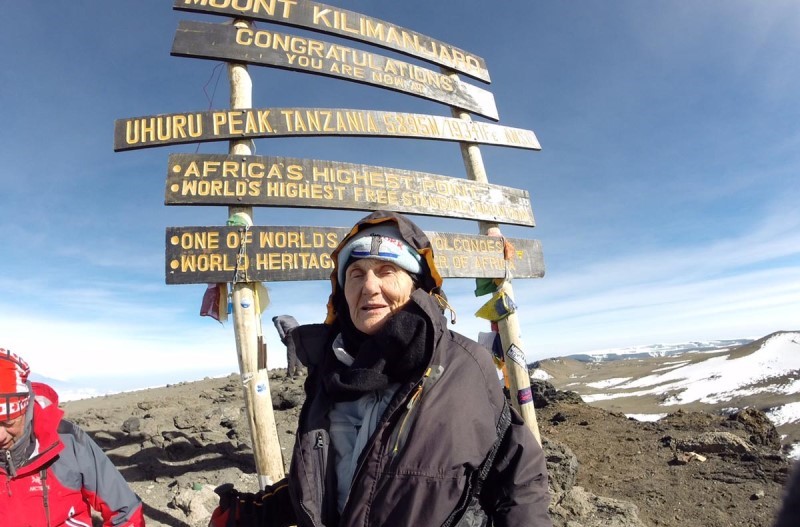 Anne Lorimor at the summit of Mt. Kilimanjaro

Wow! That’s indeed quite an achievement by this 85-year-old great-grandmother!

Accompanied by her niece and nephew, Anne Lorimor completed the climb without anybody’s help, despite contracting the flu on the fourth day of the eight-day trip.

Suggested read: This 99-year-old great grandma has a passion for running!

“I’ve wanted to do it for a long time. My niece and nephew were doing it, and I said, ‘Please, I want to go,’ and they said yes. So I put it down on my bucket list that by 2015, I was climbing Kilimanjaro.”

This spry 85-year-old great-grandmother has set the world record of becoming the oldest person in recorded history to summit Mount Kilimanjaro. And the lady is not just looking to get her name in the Guinness World Records; she is raising money for Challenge Youth Fund, a children’s charity that she founded, which helped disadvantaged children including orphaned, fostered, and homeless kids. The money she hopes to raise will aid in a new piano lab at a children’s music academy that provides free lessons to children in Phoenix. 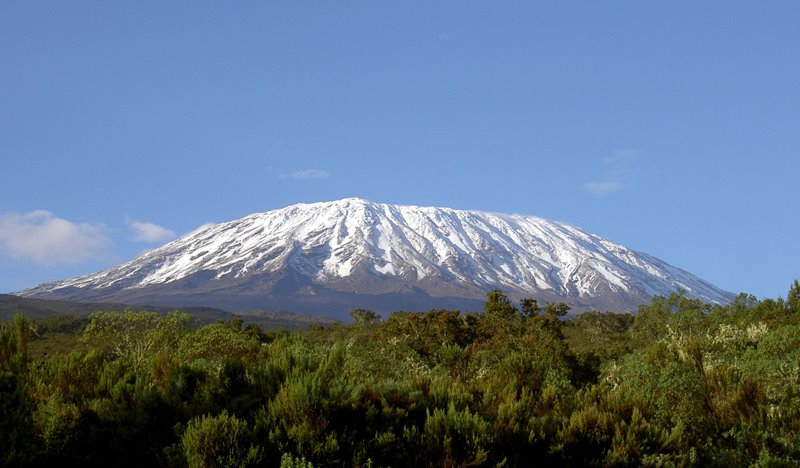 “While I am not a professional climber, I’ve always enjoyed hiking. If I combine my interest in climbing with my passion for helping children, what could be better?”

Currently, Anne Lorimor is awaiting word from Guinness World Records to validate her claim about climbing the peak as a world record. In an interview with KTVK, spokeswoman Tess Dumlao said,

“We are just awaiting word from Guinness to make it official that she’s the oldest woman to reach the summit. Her mountain guide has no doubt they will confirm that Anne is the oldest woman to summit Mt. Kilimanjaro as she has met all the requirements and got to the top unassisted and strong to her last step!”

We wish Anne Lorimor, the 85-year-old great-grandmother all the best in her endeavor to raise money for a worthy cause, and congratulate her for making it to the record books – for eternity! Congratulations, Anne Lorimor!

Article Name
85-year-old Great-Grandmother Is The Oldest Woman To Summit Mt. Kilimanjaro!
Author
Chaitra Ramalingegowda
Description
An 85-year-old great-grandmother from Arizona has become the oldest woman to summit Mount Kilimanjaro! Check out what gave her the motivation to do so.