“Today is the oldest you’ve ever been and the youngest you’ll ever be.”

Seems Ida Keeling, of New York, has taken this dictum to heart. Why, you ask? Because she is the world’s fastest nonagenarian. During the first week of August, this 99-year old, 4’6” tall, 83-pound weighing great-great-grandmother became the oldest participant in a 100 meters race at the Gay Games in Ohio. Although technically she lost the race, with a time of 59.8 seconds, she became the first woman in the 95-99 age group to have completed the event in an internationally certified race. 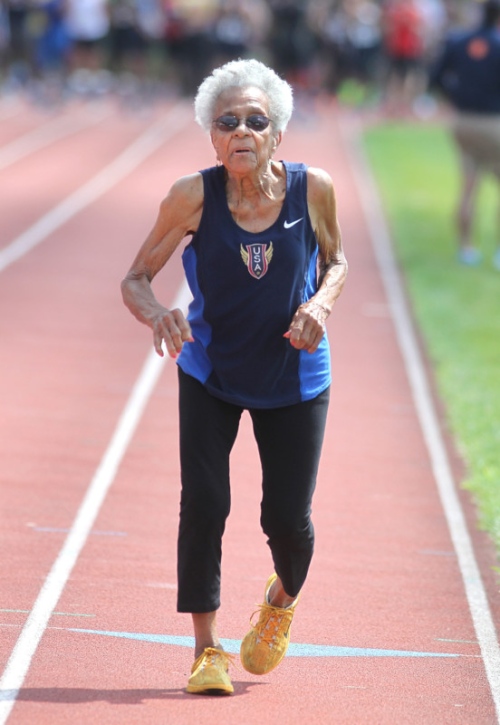 Ida Keeling during a run

Ida took up competitive running at the age of 67 as an outlet for her grief over losing her two sons to drug-related homicides. Her older son Charles, was hooked on drugs during his stint in the Navy, and he got caught up in the Harlem drug scene to make money, but was brutally murdered. Her other son Donald, was killed in a similar manner a few years later. Ida took up running on the insistence of her daughter Shelley, and is a record holder now.

Ida, who lives alone in a studio apartment, works out at the gym twice a week, and uses the corridors of her apartment block to train. Apart from this, she also lifts weights, cycles on an exercise bike, and practices Yoga too. 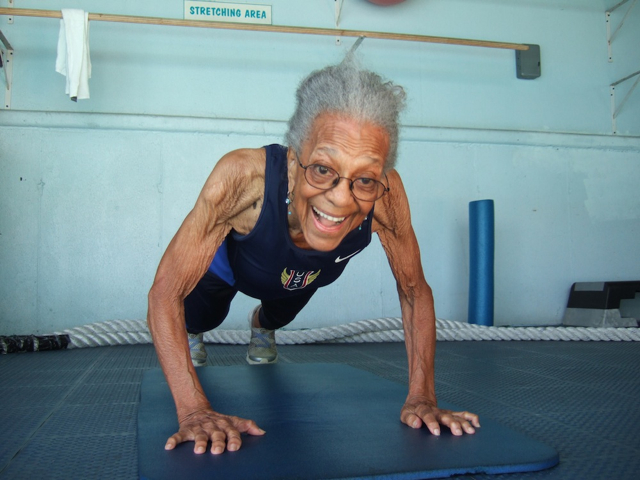 This healthy and sprightly lady takes just one prescription drug, and wants to keep running as long as possible. Ida scores a century next May, and is all set to break a few more records along the way. Her goal is to outlive her grandmother, who reached an impressive 104 on her age scale.

And she has a few words of wisdom that she likes to impart: “Don’t wait for somebody to love you; love yourself. Do what you need to do, not what you want to do. Eat for the nutrition, not for taste. And try to stay calm if you can.”

Golden words to live by.

Our wishes are with you, Ida, so that you may achieve your aim of outliving your grandmother, all while setting new records in track and sprint.

Is your grandmother as spry as this lady? Tell us in the comments.