A good look at the ’30 and single’ guys in India

The ’30 and single’ club in India is fast growing. If you take a cross-section of the 30-year club in India, you’d find well-settled guys who are doing amazingly well in the professional realm, quite a few soul-searchers who are looking for a highly satisfying vocation, the married dad who is busy with his ‘responsibilities,’ and people who have got it all planned alongside those who haven’t had it figured out just yet. The ’30 and single’ subsection of this club is perhaps the motliest of this motley group. For a case study in humanity, they have pretty much all bases of the social scene covered. Despite how Indian society views them (or is perhaps, learning to accommodate them), they are growing in numbers and for reasons that throw some light on the Indian socio-cultural scene too.

Here are the most common types of 30 and single guys one comes across:

This guy is whom parents in India deem ‘ITNA ACCHA LADKA’ (yes, all in that capital expression!!), meaning the perfect catch. This guy is smart, went to premier schools and colleges, has a hell of a career going, makes wads of money, is athletic, is into music, travels, reads, and no, he isn’t a workaholic – he is all for friends and family – not exactly in that order either!! There’s only one thing missing – a girl worthy of his greatness. He imagines her often – as perfect as they get – a gorgeous, wild, and feisty woman of a free and independent spirit, who is also loving, doting, and devoted. A woman who can light up each room she enters and who shall perfectly fit as the missing piece in his life’s almost complete puzzle. And he is struggling to find her before he hits the dreaded 40 mark, coz let’s face it – 40 and single doesn’t seem a befitting element of his ‘perfect’ life story!

Suggested read: 10 types of ‘Ms Right’ you should date

Yes, this guy is handsome, funny, charming, articulate, well-mannered, has an amazing sense of style, and is so so close to being the ‘perfect catch’ too, save for one teeny tiny problem – he isn’t attracted to women. He is gay and for all the inconvenience society extends towards him for being a homosexual, he hides it all under the façade of ‘I haven’t met the right girl yet.’ C’mon India, let him be – he deserves any ‘accha ladka’ who’d want to love him back!!

Suggested read: 10 types of women you’re better off not meeting in an arranged marriage setup

By far the most populated section of the club, these guys are the ones whose mothers set them up on dates and then ask them if they want to marry the one they just shared ten sentences and a cup of coffee with. I mean, seriously!!! And yet, this whole arranged saga has come to be a way of life and these species more often than not have bought their fun-time until they hit thirty and then, ask mamma to find the ‘aadarsh bahu’ who shall be their ‘biwi’ for life. Not that I am against the arranged marriage concept, all I feel is there’s space for a leeway here. And guys, you do not have to necessarily enroll for a membership to this club.

Suggested read: Is she ‘the ONE’ for you? Is she your soul mate?

This is the ‘I am 30, single, and loving it’ category of dude. He is enjoying his life, likes his job, has a great family, has awesome friends, and is in no rush to get married. He is confident that when his right match comes along, he’d want to keep her for life. Until then, the only thing he wishes for is – for his neighbors and people who aren’t even remotely interested in his welfare to cut some slack on those ‘pitying looks’ and stop figuring out ‘what the problem is.’ His parents ask if he’s seeing anyone and his friends offer to set him up, but he just thinks life would mete out ‘the one’ for him at the right time, at the right place, and he is okay with that.

A close cousin of the No.4 guy on our list, this one is different in that his situation whilst being pretty much the same as that of his cousin, he has chosen to be single. He does not feel the necessity to get married and that is perfectly fine, albeit not so much with his parents, his relatives, the relatives of those relatives, and the pets they have too!! But you know what dude, it is still okay!! Your life, your rules!! J

This guy is in disbelief that he is 30 and still single. He probably hasn’t gone without a girlfriend by his side through his twenties and therefore, this sudden change in the direction of the wind blows him away. Acceptance of the situation is made all the more difficult due to its ‘absence’ for a considerably stretched period of time. He wishes he’d see someone soon and get married sooner. All we have to say is, don’t put yourself out there as someone whose be-all-and-end-all in life is a relationship. However, don’t give up on love either. The world never stops to surprise, even by a bit!! Be hopeful!

Suggested read: Are you in a passive relationship?

This guy has quit on the former semblance of effort too. He has married his boxers, glued himself to his PSP, home theatre and the couch, alongside packets of chips, tortilla, and cans of beer. He does not want to hang out, refuses to socialize, and basically, makes do with minimal interpersonal interaction. Usually, this passivity stems from a denial of the fears ingrained in his psyche – fears about everything to do with ‘relationships.’ And unless there trots along a girl who relentlessly pursues, he pretty much isn’t bothered about the whole thing anyway.

This guy has everything. He actually has He passed magna cum laude in college, he has a terrific job that thousands envy, he landed the girlfriend that all guys around wanted, and his glory hasn’t ebbed one bit. However, he broke up soon because his life trajectory of being and having the best has made him cling to superhuman standards of what he wants in a partner. And unless he realizes at this big 30 juncture that he needs to crank down those ‘irksome’ standards many a big notches, there’s a 100% chance he is going to be single for a long time. Of course, unless his mother decides to find some docile, submissive girl who’d take him!!

Suggested read: Telltale signs that he/she is your soul mate

This guy is standing at a self-actualization juncture. He is fully aware of himself, his needs, his preferences, what he is, and what he wants. He understands that the ‘best’ relationships are those that are built on a healthy, secure, and mature understanding of oneself. It is only after one has complete self-awareness and understanding of the self that one is ready to list out the ‘desirable’ in their potential partners. And this has made him a rare breed. Not only does he exemplify such maturity and acute understanding of self, he also extends that positive vibe of growth toward everyone he comes across.

Suggested read: How to make the fantasy of a soul mate into reality

Please remember, we aren’t judging and you shouldn’t too!! 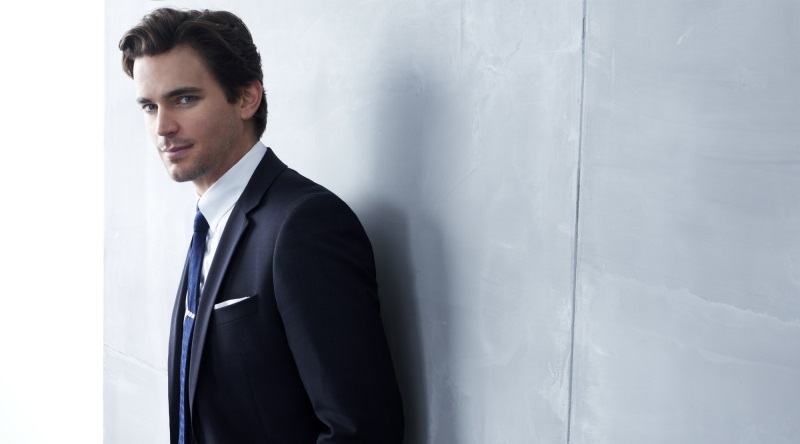 Article Name
9 types of '30 and single' guys in India
Author
Sejal Parikh
Description
The 30 and single guys' club is expanding day by day. Here's a look at 9 types of these men and the various stages they are in life.