26th of June, 1997, less than a week before I came into this world. The first Harry Potter book was an entry point into fantasy for many, and Rowling did a near excellent job of it. Harry Potter has always been a series universally loved, and defended by almost everyone even at the face of the stupidest remarks by yours truly, J.K. Rowling. It’s something we all grew up with, it’s something we looked up to as a standard. Many of us moved on Harry Potter in our formative years, fortunately, to ‘better’ fantasies – classics like Tolkien, Robert Jordan, and even new age brilliance like Stephen King and Brandon Sanderson. Before I begin, I’d like to clear the fact that this is about something more than elitism itself, and something much more than my bitterness towards pop-culture. This is something that shapes how we view artists and their works, and how their actions influence the latter to an inseparable degree. This is about the consequences of opinions. 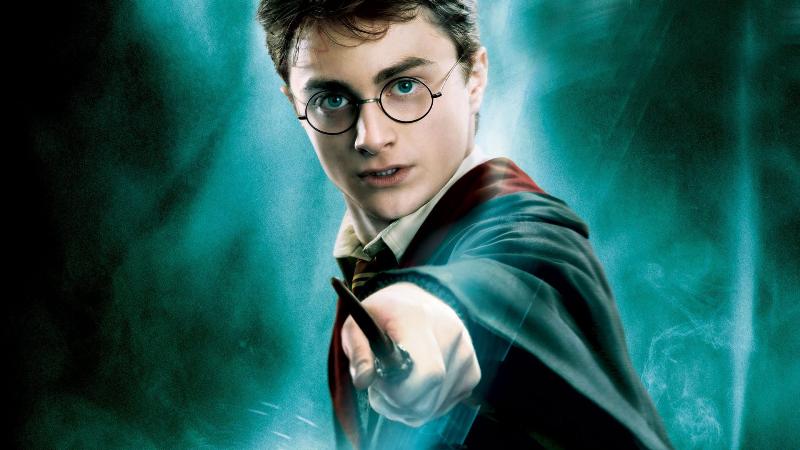 This is common, but still something worth mentioning regardless. The ‘fandom’ or the fanbase of anything remotely popular won’t be something that you’ll particularly like after prolonged periods of exposure. It’s hard to like people as it is, and certain people in the Harry Potter fandom make it even more difficult. Some people simply do not understand that Harry Potter isn’t for everyone, and ‘not liking’ it counts as a perfectly valid opinion. The franchise is too close to their hearts, so all logic and basic objective reasoning goes out of the window. They shout “Elitist!” if you disagree with their ever so fragile opinions, dismissing every valid criticism you have for the author and her beloved books for children. Even something as basic as this angers them, that the books were primarily for children which ultimately grew up to be teen-drama. Some of my readers might be fuming with rage right now, and that’s quite understandable.

“Don’t hate the books because of the fandom!” is a fairly common sentiment. It’s not easy having friends who constantly remind you what ‘house’ they belong to. Hogwarts Houses aren’t personality traits, stop shoe-horning being mildly edgy with belonging to Slytherin. Something as trivial as opening Pottermore (I won’t even link you to it) makes me cringe in disgust. There was a period of time when I wondered how the Harry Potter furry sub-fandom hasn’t shipped Peter Pettigrew with Sirius, variants with Lupin are available widely across the internet. To make matters worse, there are people who unironically call themselves ‘Griffinpuffs’, like, give it a rest, maybe? It’s been over a decade since Rowling dropped Deathly Hallows on the fantasy community, and the books are a weak work of fiction (more on that later) which have not aged well since.

You are shrugged off as a bitter, jaded person with your (perfectly valid, totally) criticisms dismissed because you have become THAT guy. You become the person who doesn’t let people enjoy things, constantly judges people for their tastes and drains their happiness. More like, you’re made to believe these things. Don’t let them fool you. Harry Potter conventions are a thing, bear in mind. It actually becomes a major problem when the ‘themes’ in HP transcend fiction and apply to real world issues. I’ve personally seen posters protesting against the Government comparing problematic world leaders to ‘Voldemort’ and their minions as Death Eaters because that’s how the real world makes sense to them, via the lens of the abomination Rowling wrote. When you see grown men and women trivializing pressing issues with…pretty much baseless comparisons to something they read as kids and could quite never let go of, it’s quite the pathetic experience. To exacerbate this phenomenon, Rowling herself partakes in it, encouraging it with her tweets. Something needs to be said about celebrities and their twitter accounts, but we’ll leave that for later.

Suggested read: Dubliners By James Joyce May Just Be The Perfect Collection Of Short Stories

Certain sections of the fandom see liberal ideologies and hints throughout the series about that one ‘milquetoast’ of a protagonist battling Hitler 2.0 with wands and something as stupid as the Expelliarmus spell. Really, Harry? Someone tries to kill you and you’re worried about petty Ministry laws, the very same institution that conspired to have you kicked out once? The Harry Potter ‘nerds’ will defend this, with overly intricate theories that even Rowling never had the brains to think of. Harry Potter isn’t the Dark Tower, neither is it A Song of Ice and Fire where you can expect key hidden details because the authors put a strenuous amount of effort to have a clue-y interaction with the reader. Littering their worlds with hints and nudges, this is something Rowling NEVER did, and I doubt ever possessed the capacity to do. The problem with sticking to that one single fantasy book from ever since you were a kid is, you lose perspective and don’t understand the fantasy genre itself. Good fantasy simply isn’t dragons and elves mashed together without so much as a reasoning to it, or rehashing the traditional fantasy tropes. Good fantasy can be game breaking, something about Tolkien writing entire languages to make the world of LOTR more ‘real’ really speaks to me. It speaks to me about the talent, the effort, and the care an author puts into their world. It speaks to me about how much they respect their readers, which Rowling honestly did not, and still doesn’t.

Retconning is something Rowling is a master of, at this point, and something I blame the fandom for. Rowling is definitely a good story-teller, but she never had the capacity to go beyond the linearity we’ve come to expect from HP. There is HARDLY any representation in the books apart from that one kid of African-descent, and the Indian twins. Even then they’re essentially token characters who have one-dimensional personalities. Here are some eternally captured moments from Rowling’s social media when she went absolutely bonkers:

Rowling went on to say Hermione wasn’t necessarily white, after explicitly writing and basing Hermione’s entire gimmick around ‘the nerdy white girl’ trope. Cursed Child was essentially non-canon fanfiction, but Rowling supported it regardless against the mean tweets of angry conservatives and alt-righters alike. We seemed to cherish in the idea that we’ve found an ally in Rowling,  and we showed our support too across social media. It was delightful to see an author we’ve looked up to ever since we were kids finally doing it right, and encouraging POC representation. The truth is harder than that.

The controversy started when Rowling tweeted Dumbledore was ‘secretly’ gay. As if homosexuals and the queer community weren’t closeted enough in real life, they have to be closeted in a fictional world too – a fictional world which claims to uphold the liberal agenda. The obvious criticism was, Rowling wrote nothing about this in the books, to which the idiots countered “She never mentioned he WASN’T gay”. This is a logical fallacy, simply because we do not live in a world where there isn’t a social disparity between the ‘norm’ and the queer community. Discrimination is rampant, and as an attempt to counter that we have representation of marginalized communities in media. You do not hide someone’s sexuality for decades before suddenly proclaiming they’re queer, that is queer-baiting.

We’ve been hearing the news and reading article upon article about what has been transpiring in Gaza for the longest time. We’ve seen kids looking over their parents’ graves, their hands and face covered with dirt and rubble. We’ve seen children covered in blood, men and women losing their loved ones. We’ve seen innocents become casualties in a war between extremist groups and an almost genocidal government. In comes J.K. Rowling, and says that both Dumbledore and Harry Potter would be against the boycott of Israel? Bonkers, right? Apparently it counts as a valid opinion for Rowling, because she thinks her books and her world is God’s gift to humanity and reflects every single problem and phenomenon of human history.

Representation isn’t the problem, having a black Hermione or a queer Dumbledore was never the problem. The problem is the fact that she never chose to represent marginalized communities from the get go, and how it was only included as retconning in the form of “Oh! It was there all along!”. She won’t accept that she wrote  the major characters initially with white people in mind, instead asserting that it was a part of her master-plan and that she has always been this inclusive. It wouldn’t be a problem if she just said that her books weren’t inclusive enough back in the day, and that she would gladly have more actors from the marginalized community play those roles. But she won’t, because she’s a populist charlatan. As a proof of that, there won’t be any explicit mention of Dumbledore being gay in the new Fantastics Beasts movie, which goes to show what Rowling really cares about. Social acceptance and sales.

It becomes extremely difficult to separate the author from their works, and this sentiment is really tested when it comes to Rowling and Harry Potter. I’m grateful for all the good times the franchise had to offer to me when I was a kid, but now I have too much disgust and cringe for even something simple and natural as nostalgia. To those who grew up with Harry Potter and never looked beyond, I urge you to read Brandon Sanderson. He’s a wonderful writer and a teacher  we all wish we had growing up, and helped finish Robert Jordan’s Wheel of Time after his death. Till then, I bid you adieu. 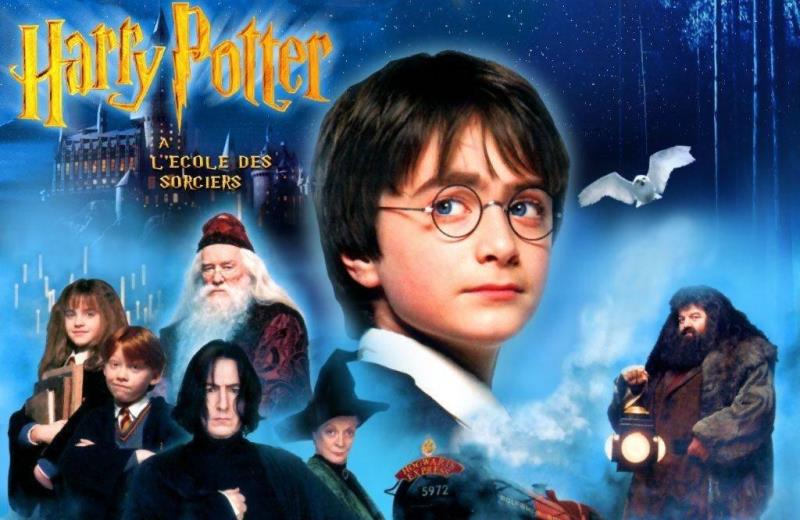