Why We Need To Celebrate The International Day For Tolerance

At a time when the world around us is in shambles, with hatred and violence spewing from every corner of it, the International Day for Tolerance, which is celebrated on the 16th of November every year, becomes a day of immense significance for all of us. Way back in 1996, the United Nations General Assembly passed a resolution inviting all of its member-nations to observe this day. This was done in keeping with one of the United Nations most important goals of fostering mutual understanding and respect among all the global cultures and peoples, and to strengthen the spirit of tolerance among them. This principle constitutes one of the core values of the United Nations Charter as well as the Universal Declaration of Human Rights. 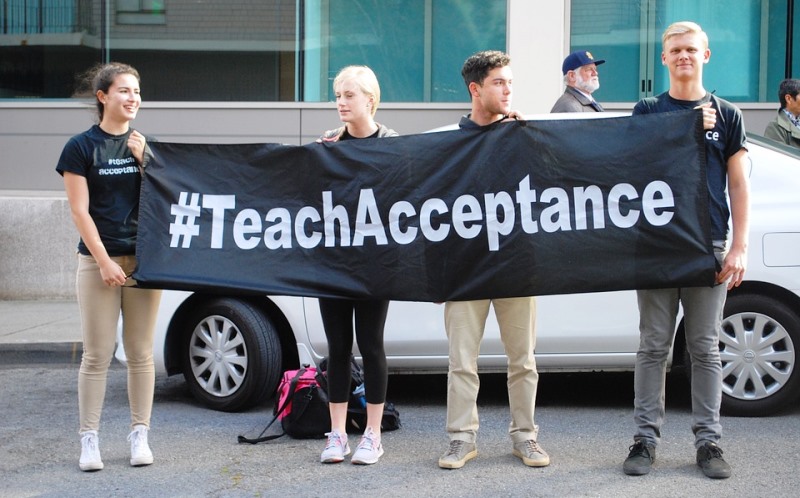 The debate regarding mankind’s dwindling levels of tolerance towards other members of its species has been an ongoing one, and it is one that will not be easily resolved. What does it mean to be a tolerant human being? Does being tolerant also imply that one is tolerant of crime, injustice and discrimination? Or is it about respecting every human being’s right to having and practicing their own opinions and beliefs? As a corollary, does your freedom of speech also give you the freedom to indulge and inculcate ideologies that might be derogatory and infringing upon someone else’s freedom? Again, isn’t being intolerant of intolerance causing you to be disrespectful of an individual’s belief systems?

Suggested read: 14 Instances Of Everyday Sexism All Women Face On A Daily Basis

These are all questions, the answers to which cannot be easily found. The entire concept of tolerance itself is a rather tricky one, with people having varying stances on it. A friend of mine had once asked me if I would punch Hitler in the face if I ever saw him; and that got me thinking about tolerance and how we perceive this virtue. On the one hand, punching Hitler in the face would be proof of the fact that I am in solidarity with those he has wronged, and absolutely against his tyranny. But on the contrary, punching Hitler in the face would also bring me down to his levels of violence and cruelty; I’d be guilty of perpetrating violence against a man simply because I do not agree with his beliefs and ideologies.

Our world is at a state where people use extremist and violent methods in order to perpetuate their own ideologies; to condemn those whose beliefs do not align with theirs; to persecute people who differ from them in terms of race, culture and gender. At a time when mankind doesn’t know what peaceful coexistence is anymore, the International Day for Tolerance stands a reminder for it. November 16 stands as a day that reminds people that we’re all different; and that we as a species should be willing to make that allowance for other people to be who they truly are. We must celebrate this day to remind ourselves to respect an individual’s right to having their own opinions; even if we do not necessarily agree with it or understand it. French philosopher Voltaire succinctly captures this thought when he stated, “I do not like what you say but I will defend to the death your right to say it.

Being tolerant means allowing even your worst enemy the freedom to believe in what they want to. It does not mean that you condone ideologies which you disagree with; but simply that you are capable of respecting another human being who might believe in them. We tell ourselves that we live in an advanced, modern civilization yet this is the generation which continues to see a disturbingly steady rise in Homophobia, Islamophobia, Xenophobia, among others. Ours is the generation that continues to practice rampant misogyny and sexism in every aspect of life. We are the generation that elected a racist, misogynistic fool as the leader of the free world. We are the generation that rapes its women and then pickets outside hospitals against abortion. We’re that generation that shares heartfelt statuses on our social media for the people struggling to have a semblance of a normal life in Syria and shoots people because of the color of their skin and their sexual orientation. Our intolerance has reached a point of no return; we refuse to even engage in dialogue to at least try to understand why certain people think the way they do. This is why the International Day for Tolerance is so important in the current socio-political context.

A common mistake that people make is confusing tolerance with indisputable compliance. My tolerance does not equate to my agreement; all it implies is my willingness to listen to the other side of the argument and not dismissing or disregarding it based on my predispositions. Tolerance also does not mean siding with what is wrong and unjust. As an example, imagine you come across a homophobic person. As a tolerant person, you do not side with their homophobic views just because you don’t want to be intolerant of someone’s beliefs. Tolerance does not mean you do not stand up for what is right; it never means that you keep quiet in the face of wrongdoings. Instead, as a tolerant individual your duty is to engage in dialogue with that individual; to use your freedom of speech in order to help them see the error in their worldviews and maybe, if you’re lucky, you’ll have helped educate them. If not, well, you can always keep at it and try again.

Tolerance is also not about having no belief systems of your own. What it truly stands for is condemning those who persecute others for having one that isn’t identical to theirs. It is about standing up for the voiceless and vulnerable sections of the society and providing them with the recognition, respect and acceptance that they seek. In a world like ours where the number of refugees and displaced citizens are on the rise, where children are born and live their lives without ever experiencing what home is; where everyday someone loses their voice and is oppressed because of who they are; making an effort to be tolerant can go a long way in bringing justice and ensuring fair treatment for individuals like them. Tolerance, here, is about living and letting live. It is about extending forward an arm of friendship and warmth to those who are facing circumstances that are vastly different from ours.

Franklin D. Roosevelt had said, “If civilization is to survive, we must cultivate the science of human relationships – the ability of all peoples, of all kinds, to live together, in the same world at peace.”

Man is a social being; we cannot survive by completely alienating ourselves from those around us. For humanity to exist longer, it is imperative to be able to live with those around us in peace and harmony. The only way to fulfill that is to practice tolerance, even in our most insignificant encounters with other human beings. Be kind, respectful of other people’s choices and decisions. You have every right to disagree with them, but only as long as your disagreement does not violate their freedom.

The government of a nation, too, plays an important role in fostering the spirit of tolerance among its citizens. As democratic governments, it becomes their duty to formulate policies that are considerate of all the varieties of people residing in the country. When the government of a nation perpetuates intolerant behavior towards other races, cultures and communities, the people also begin emulating these characteristics towards them. It is our responsibility, also, as free thinking individuals that we do not hold biases any other individual based on our own opinions; condemn the oppression of those who are judged based on biases; stand against corruption, terrorism, the patriarchy and all kinds of hate speech. As tolerant individuals, we must strive for changing the world for the better not by retaliating through hate speech and violence; but by using education and knowledge as our weapons.

A lot of intolerant behavior is actually fueled by the lack of knowledge and educational insight among people. We pass racist comments because we’re not educated about the inconsequentialities of our skin colors. We’re homophobic because no one taught us that love doesn’t see what your sex and gender is. We’re oppressive and violent towards women because we were never told that it was wrong when we were younger. Instead, we were told that whatever we believed in was the be all and end all of every discussion, we were never told to keep our tiny minds open for all the possibilities that exist beyond its grasp. Our parents, teachers, media has taught us nothing but intolerance and we don’t seem to know any other way of life.

As responsible adults, it is our rightful duty to pass on the virtue of tolerance to our successors; to teach the future generations to respect the people around them and not hold biases against any individual. On the 16th of November, let us pledge to be more tolerant of each other. Let us pledge to foster friendship and understanding among each other. We may not be from the same race, socio-cultural background or economic stature; but let us be united in our tolerance towards each other.