Few writers have been able to tap into the complexities of the human nature the way James Joyce has done in his collection of short stories, “Dubliners”, published in June 1914. An exemplary text of the modernist movement, this collection of 15 short stories is a naturalistic depiction of the life of the rising middle class in and around Dublin, Ireland. Most importantly, it reveals the decaying life of Dublin, the paralysis of the country and its people, and their inability to get themselves out of it. It falls in the category of those texts which has a plethora of critical interpretations and views, none of which see eye to eye with each other.

The two types of critics at the forefront of this argument are the realists and the symbolists. According to the realists, Dubliners is Joyce’s simplest work. While it may be true that the short stories do have a certain level of simplicity to them which makes them all the more heartbreaking and beautiful, it is also unfair to completely disregard the subtleties and nuances of the text by calling it his simplest work of literary fiction. The short stories in this collection are high on metaphorical resonances, moments of epiphany and symbolism that requires multiple readings to comprehend. The other side of the argument is occupied by the Symbolists who completely neglect the revolutionary meanings behind Joyce’s symbols. In my opinion, it is difficult to compartmentalize this text into any one form of characterization. Each and every one of the 15 short stories explores a different side of the human psyche, human relationships and Irish life. In every story, Joyce’s narrators are sharing with the readers, deep truths about life and what it means to be human. They are constantly making us question everything we know about ourselves and the world.

While many critics and readers argue that this text is disjointed and has no connection between the stories, there is a clear pattern that emerges upon a careful reading of it. The narrators in the story progress from childhood, through adolescence and into adulthood. The narrator in the first short story, titled “The Sisters” is a young boy dealing with the death of a priest who was his mentor. In the final story, “The Dead”, the protagonist Gabriel Conroy has an epiphany about the nature of life and death, and how it is beyond our control. The book itself is a journey of sorts; chronicling the myriad moments in the life of a human being that remain unspoken and unseen, but go on to shape us into the persons that we are. Throughout the book, there are many moments of epiphany, of intense emotional upheavals, devastating realizations and all of these are expressed by Joyce in the simplest of terms. Sometimes all it takes is a glance or a memory or an article in the evening newspaper to completely someone’s life and bring their world crashing down on them. And there’s no one who understands these slices of life better than Joyce himself.

Even the titles of the 15 short stories have invited much speculation regarding their significance and symbolism in the context of the narratives they contain. The title of any literary text holds great importance and value because it acts as the first introductory and contextual piece of information that sets the pace for the rest of the narrative; it provides a glimpse into what lies ahead and tells us what to expect from the text. Joyce too was equally aware of the significance of titles and liked to play games with them. For him, the title is the key to the book that often holds the answers to all questions. The title of the collection of short stories highlights the urban milieu that conditions the individual. The extremely short titles are fitting for the genre of the short story. Most of the titles highlight the tension between the individual and their environment.

Every character in James Joyce’s Dubliners is battling something, trying to grapple with truths that are difficult to accept, and sometimes to even comprehend. For instance, Eveline, the only protagonist whose name features as the title of its story, is torn between her duties towards the self and her family. Having spent all her life looking after a home that didn’t even feel like one since her mother’s death, Eveline finally has a chance to have a future that might turn out in her favor and yet her mother’s promise keeps holding her back. In the story, Eveline does not know how to think for herself; the idea of the individualized self and its desires is so foreign to her that she fails to listen to its pleadings even till the end of the story.  Her own identity and desires remain unarticulated in the process of living up to the expectations and desires of others.

Much like our lives, in this book too, there are barely any happy endings. That is part of the reason why these short stories continue to appeal to readers even today- they do not instill false hopes, rather they teach us a thing or two about acceptance and the inevitability of change. In each story, the characters are in a state of paralysis, comparable to that of the Irish nation at the time; and only they can bring themselves out of this state of uncertainty and limbo. The dead priest in “The Sisters”, was paralyzed not just due to physical illnesses but also because of his guilt for failing his priestly duties; he lost his peace of mind because he was unable to reconcile with this truth about himself, and thus latched on to the young boy narrator in the hopes of leaving behind a legacy.

The dual nature of life and death is a strong motif in many of the stories in this collection. It also deals with aspects of love and relationships; and was well ahead of its times in its representations of sexuality, especially that of the female characters. Joyce is well known for his deep insights and explorations of sexuality in his literature and this text too abounds with such examples. In “A Painful Case”, Mrs. Sinico’s expression of her desire shocked the narcissist in Mr. Duffy that drove him to end all relations with her. So engrossed was he in having his own self image validated by her that he failed to recognize her as a real human being, and did not even think to acknowledge her desires. It is only after her death that Mr. Duffy realizes the consequences of his actions as he goes back to his life of seclusion and alienation. This short story also articulates the importance of human relations and how one cannot isolate oneself from them even if one tries to. In case we do, we might just end up like Mr. Duffy, completely alone and without any friend or family who might even remember him when he ultimately dies. Joyce incorporates the concept of the Big Other in this story to prove his argument. Lacan himself had said that we all exist in the locus of the Big Other. In spite of his narcissism, Mr. Duffy was constantly on the lookout for his Big Other- another entity that would validate his image of himself and everything he stood for.

Dubliners also deals with the motif of absence and omission. A lot more is said in the omissions and empty spaces that exist throughout the text. In the story Eveline, it is in the emptiness of the barely- visible dust motes that she feels closest to her dead mother. In the story titled Araby, it is the absence of that great oriental fantasyland of dreams that is felt by the young protagonist when he finally reaches Araby. This story features a young boy who has set out to visit Araby- a fair in Dublin where he expects to find the object of desire for the girl he romantically likes. It is only when he reaches his destination that he realizes he has no clue about what this coveted object of desire is. Much like this boy, we too have epiphanies where we realize that we don’t even know what it is we’re running around for. Here, Joyce brings out the futility of life and how we are all constantly looking for some semblance of meaning.

Personally, I have not yet come across any such collection of short stories that encapsulates the myriad complexities of life and what it means to be human apart from this literary gem that James Joyce published with much hardship. It is quite ironic to think that it was published after 15 rejections from various publishing houses; several of the short stories were revised multiple times too. In spite of all the struggles Joyce had to face, this literary text went on to inspire several authors who wished to dabble with the format of the short story, including but not limited to Virginia Woolf, celebrated author of the modernist period. 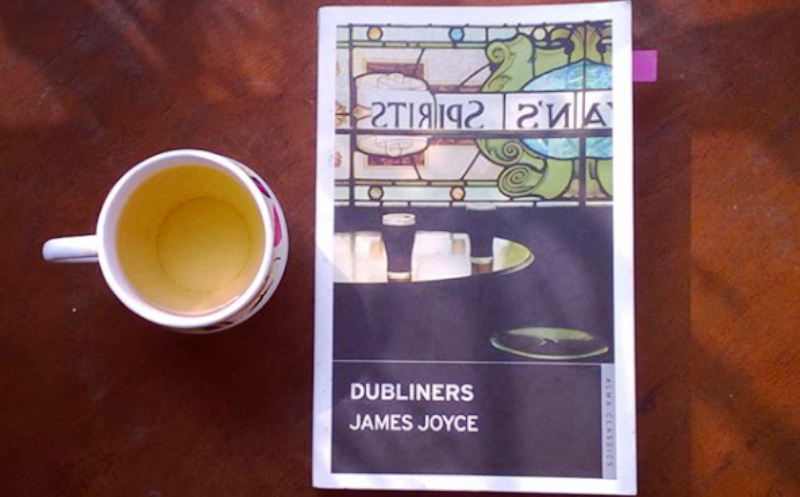 Article Name
Here's Why I Love Dubliners By James Joyce
Author
Sanjukta Bose
Description
Few writers have been able to tap into the complexities of the human nature the way James Joyce has done in his collection of short stories, “Dubliners”.