#AstroSpeak What Are Your Secret Talents According To Your Zodiac Sign

Your zodiac sign has a lot to do with who you are as a person, including the things that you are talented in. We are all a certain kind of people, with our own preferences regarding all things in life and we excel at some of those things. However, did you know that you have hidden talents which can be revealed by your zodiac sign?

Suggested read: #AstroSpeak What Show To Watch On Netflix, According To Your Zodiac Sign

Your zodiac sign can tell you a lot about the kind of person that you are, and predict what is likely to happen to you. This also includes certain hidden talents, which are all part and parcel of who you are as a person. These are talents which come to you effortlessly, and something that is inherent in your character, and not something that you have to cultivate with careful practice. Knowing what your hidden talents are can equip you with the knowledge of yourself and also help you take better decisions. When you know what you are meant to be good at, according to your personality, you also learn how to take advantage of this talent and use it in certain important situations in life.

Without further ado, here are your secret talents, according to your zodiac sign. 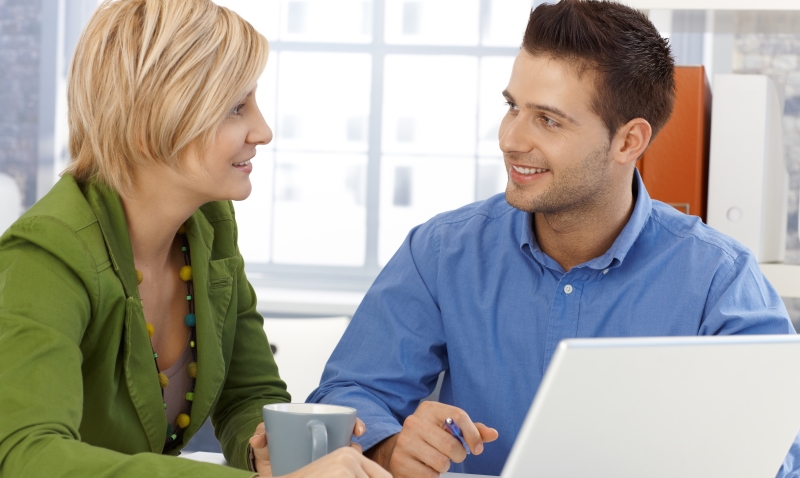 The fact that Aries is considered the first zodiac sign in the constellation, is also telling of what your secret talent is. People who are born under the Aries sign are full of inspiration and initiative, which makes them some of the best leaders out there. The gift of leading is something that comes to Aries people naturally, without them even thinking about it!

They also have a forward-looking personality and a go-getting attitude, which makes them great at sports, whether you have tried your hand at the games or not. They have a knack for building things, because of their ambitious personalities. This can mean building a team of people who work coherently, or building an actual physical structure.

Those who are born under the Taurus sign are essentially nice, sociable and helpful people that everyone likes hanging out with and having as friends. They also tend to underestimate themselves on certain occasions, which doesn’t allow them to fully explore who they are as people.

Despite their reluctance to try new things, they are rather talented people an if you are a Taurus, then your secret talent is cooking! Yes, you read that right! Cooking is one your hidden fortes and your attention to detail makes you an excellent cook by default. You are the kind of person who improvises on dishes and comes up with ingenious new recipes, without having to practice at all! 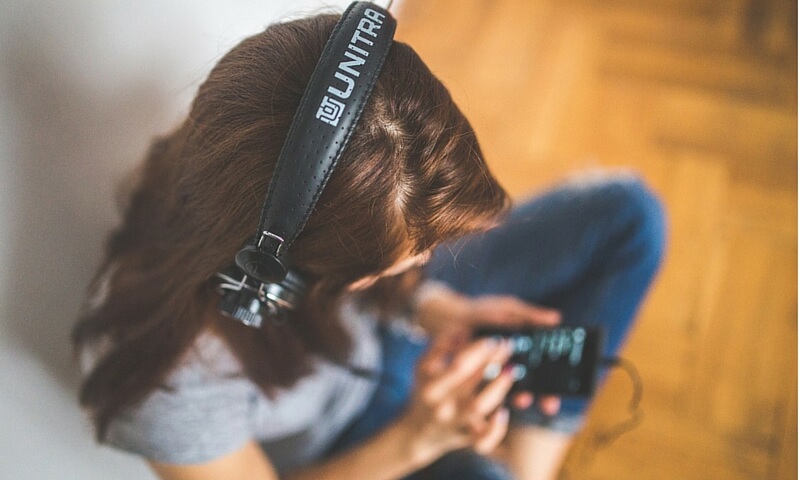 What defines a Gemini is their knack for creativity. They are constantly thinking of ways to spice up their lives, and are always on the move. They have a hyper-active brain, which allows them to conjure ideas from the blue, and are usually sought after for advice on all kinds of things, from love problems to business ideas, because to be honest, Gemini are constantly brimming with ideas and opinions.

Their hidden talent includes the art of learning things super fast. You might not notice it, but it rarely takes you any time to pick up on something, especially when it is something creative, be it a language or an art form.

Those born under the sign of Cancer are usually very emotionally driven people. They tend to hold the heart above the head, which a lot of other people don’t tend to do. They also are intuitive and understanding, which is what their secret talent is also composed of.

Your secret talent is the gift of intuition. Despite being emotional, you don’t have the tendency to get carried away by them. Instead, you have a keen sense of judgment and thinking, which allows you to take carefully thought-out decisions. You also are very empathetic and people like talking to you because of your understanding nature., Therefore, your secret talents also includes the art of listening, something not many people can boast of. 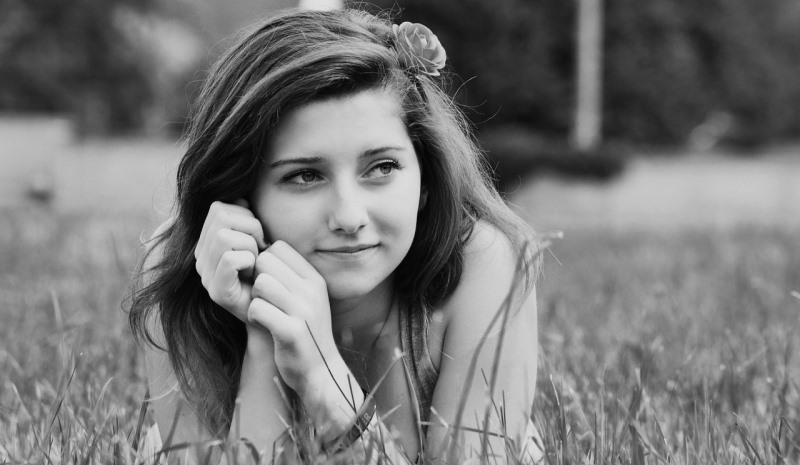 Leos are some of the brightest, most passionate people out there. They have an incredible zest for life, and make sure that everything they do is replete with energy and enthusiasm. Their secret talent is of course, connected with their personality. It includes the ability to be different. Yes, that’s right! Sometimes, even the most mundane things can become some of the most interesting things, because of how a Leo does things!

However, their secret talent is not limited to simply spicing things up! They also have a natural tendency to draw attention to themselves, whether it is intentional or unintentional. They don’t shy away from the spotlight, and are the life of the party!

Suggested read: #AstroSpeak What Type Of Drunk Are You, Based On Your Zodiac Sign

Virgos are some of the most responsible and straightforward people out there. You won’t find anyone more dependable than a Virgo, simply because it is how they are wired. Their secret talents include the ability to be organized and the ability to be meticulous.

People come to you for advice and for help, because they know that you are not one to disappoint. They are not only great at organization themselves, but can also help others get super organized about their lives. 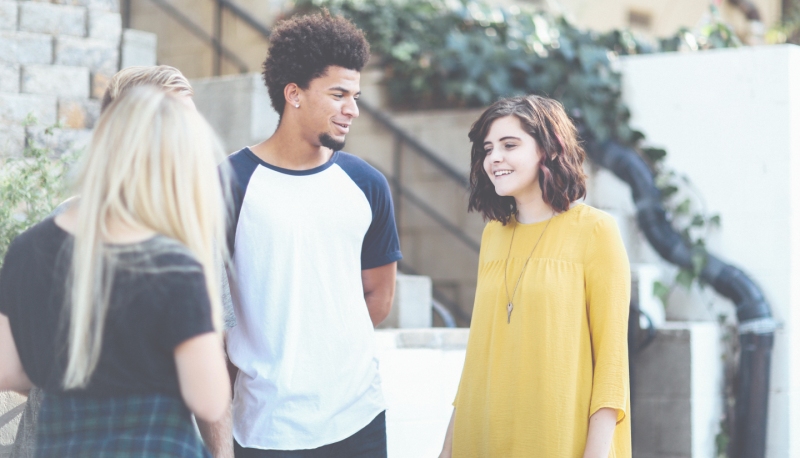 Libras are all about peace, harmony and balance. They are aware of a certain order that the universe should be in, and they do everything in their power to ensure that this order is not disrupted. Even though they have a lot of talents (which they are aware of) they also have certain hidden and instinctive talents, which make them who they are.

One of these talents includes the ability to be charming. They are charming, almost to a fault, so much so that they are called upon to be mediators in a tense situation, to resolve it. They can be diplomatic and can sweet-talk their way through anything, because they are very, very likeable people.

Your hidden talents include your disarming sense of humor and your ability to literally do anything that you set your mind to. There is no end to the determination of a Scorpio, and they are willing to do anything and let go of anyone, in order to achieve their dream. If this sounds a little harsh to you, then they also have a charming personality, which is characterized by their amazing sense of humor.

Because you can make people laugh so naturally through your razor sharp wit, people don’t tend to notice your cut-throat attitude when it comes to your ambitions. Anyhow, you are the boss of getting things done, whether you are aware of it or not. 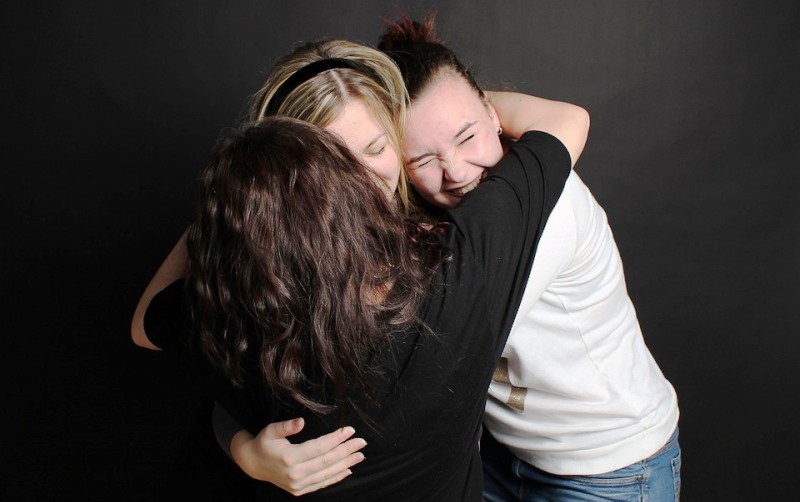 Sagittarius people are grounded and down-to-earth, which is appropriate, since they are born under the Earth sign. They are constantly filled with energy, which is infectious for anyone who is around them. They have warm smiles and a welcoming personality, which draws people to them.

This is also connected to what your secret talent is. They have the ability to gain the trust of even the coldest, meanest most untrustworthy person. They can draw out a secret like it’s nobody’s business. However, it is important to give them credit for not misusing this talent, which makes them likeable. They listen with genuine care and attention, which makes them some of the greatest friends ever.

Capricorns are creatively inclined, and have some of the most amicable personalities ever. Their external personalities are kind-hearted and quiet, which makes them rather meek. But in reality, they are driven, passionate individuals who have a thirst for learning and achieving their dreams.

Their secret talent includes the gift of communication. They are very clear headed and are therefore, articulate. This makes for some of the best orators ever, and people seek them out for advice, because everything they say, sounds right. They are also keen on learning, and pick up anything to do with music very fast.

Everyone who is born under the sign of Aquarius has a magnetic personality, which people can’t ignore, even if they wanted to. They tend to a garner a lot of attention because of the way they behave, and mostly it is the positive kind of attention.

Their secret talent isn’t very secret, because it is the gift of self-confidence. They are so very sure of themselves that it is very difficult for others to doubt them, their decisions and initiatives. They are also brimming with originality and ideas, and that, together with their confidence, makes them excellent group performers.

Suggested read: #AstroSpeak What Were You Born To Do? Here’s What Your Zodiac Sign Says

If you are a Pisces, you have a keen sense of understanding people, because of intuitive and emotional nature. You are very aware of the psychology people, and your secret talent includes your ability to see through them, no matter what exterior they put on for their social image.

You are also very artistic and altruistic, which makes you sensitive, but also very insightful when it comes to the finer pleasures of life. You have an accurate opinion about most things and people, which is why people seek you out. However, you are not one to sugar-coat and say things as they are meant to be said, without any filter.

These were your hidden talents according to your zodiac sign! Let us know if there are any other talents that you think is specific to your sign, in the comments section below!

Article Name
What Are Your Secret Talents According To Your Zodiac Sign
Author
Aishani Laha
Description
Did you know your zodiac sign could reveal your secret talents? While for some it's kindness, for others, it's ambition. Let's find out yours!