In a society like ours, there are clearly defined and demarcated areas for what it is ‘normal’ and what is ‘abnormal.’ And unfortunately, homosexuality comes under the latter. You’re either straight or you’re not ‘normal.’ There is absolutely no room for any shade of gray to exist – at all – at least in our restrictive, patriarchal, and archaic-minded society.

But, there may yet be hope – for without hope, where will we be? We have to believe that what the US Supreme Court decisively proclaimed would reverberate across the world, and eventually in India too. Unless we hope for better things, the current ‘normal’ is not at all a world that is palatable to live in.

While the US and the world at large are celebrating the US Supreme Court’s ruling that of legalizing gay marriage, in our own country, there have been celebrations on one end with people changing their Facebook profile pictures in the pride rainbow colors, and homophobes acting up like their rears have been set on fire!

Homophobia is not new to our country; many people are so ignorant and fearful of it, that they seek to ‘cure’ it, as if it’s a communicable disease, or worse, a contagious one! Homosexuals are people too, just like every other human being on the planet. They just love people of the same gender. What’s the harm in that? After all, love is love, when it’s between two consenting adults. Who is anybody to say that it’s wrong? Who gave them the authority to say what’s ‘right’ and what’s ‘wrong’?

When the Delhi High Court ruling came out in 2009, there was widespread joy and happiness that the draconian and archaic section 377 which criminalizes homosexuality was deemed unconstitutional with respect to sex between consenting adults. But the Supreme Court of India overturned it in December 2013, plunging all hopes of equality. However, with the Court taking the stand that it was up to the Parliament to amend or scrap/repeal Section 377, it’s been put on the back burner ever since. And with the right wing BJP coming to power in the center, all hopes of seeing the change that the country badly needs to see has been put on the back burner too.

In one such an instance exhibiting far right leanings and homophobia, prominent BJP leader and Harvard alum, Dr Subramanian Swamy tweeted a horrifying tweet. The tweet came as part of a series of other tweets. 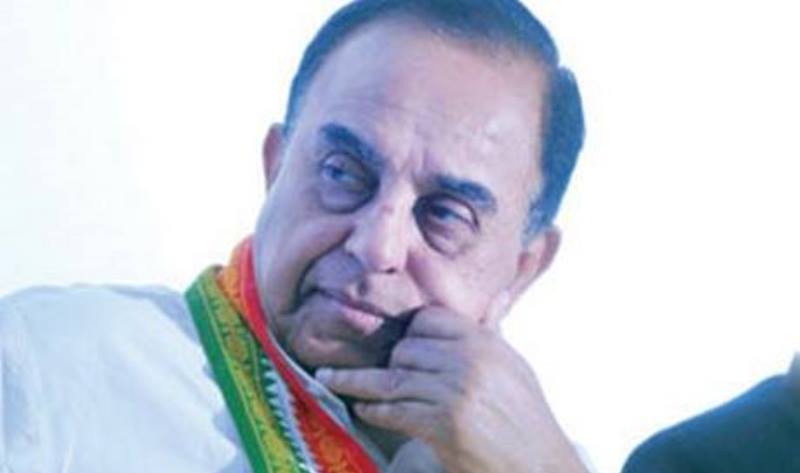 When Union Law Minister Sadananda Gowda hinted that the controversial Section 377 might be scrapped, which, he soon denied, Swamy took it upon himself to make his party’s stance on the subject clear – crystal clear.

ANI news tweeted this statement made by Swamy: “I think the law minister was misquoted. Our party position has been that homosexuality is a genetic disorder-Subramanian Swamy, BJP”

I think the law minister was misquoted,our party position has been that homosexuality is a genetic disorder-Subramanian Swamy,BJP

Which prompted a twitter user @GentleGawker to tweet thus: “Sir, better word is genetic variation. Nothing wrong. Just like tall and short. They deserve all respect.”

And what do you think was Dr Subramanian Swamy’s response to this? He tweeted: “Issue is not respect. We respect handicapped persons. Homos are genetically handicapped.”

@GentleGawker : Issue is not respect. We respect handicapped persons. Homos are genetically handicapped

Oh my God! Could he be any more rude?!

Okay, he has been spewing venom and hate on social media against non-Hindu communities with incendiary and hate-inducing stories, status updates, and tweets. But this? This is a new low even by his own mediocre and very low standards. He just might get away by bagging the award for being the most annoying, obnoxious, and reprehensible politician of our generation.

Somebody please make Dr Subramanian Swamy SHUT THE EFF UP!

Article Name
Dr Subramanian Swamy: 'Homos are genetically handicapped'
Author
Chaitra Ramalingegowda
Description
BJP leader Dr Subramanian Swamy will probably go down in history as the most obnoxious politician of India. His latest tweet is testimony to that!