In any sport, as important as the players are, their jerseys are the one item of identification available for the spectators when a game is on. And there are a multitude of sports jerseys for the hundred and one sports that are played all around the world. So, in a way, these team jerseys are an important part of any sport. But what if they were designed to draw attention to a … um … certain part of the body? Not at all tasteful, right?

Well, this is what has happened to a Colombian women’s cycling team’s uniforms. The newly revealed cycling kit, which the team of six members wore last weekend during the Tour of Tuscany, is bright red, yellow, and white, and has a large patch of flesh-colored cloth across the women’s lower torsos and groins, giving the impression that the ladies are naked. 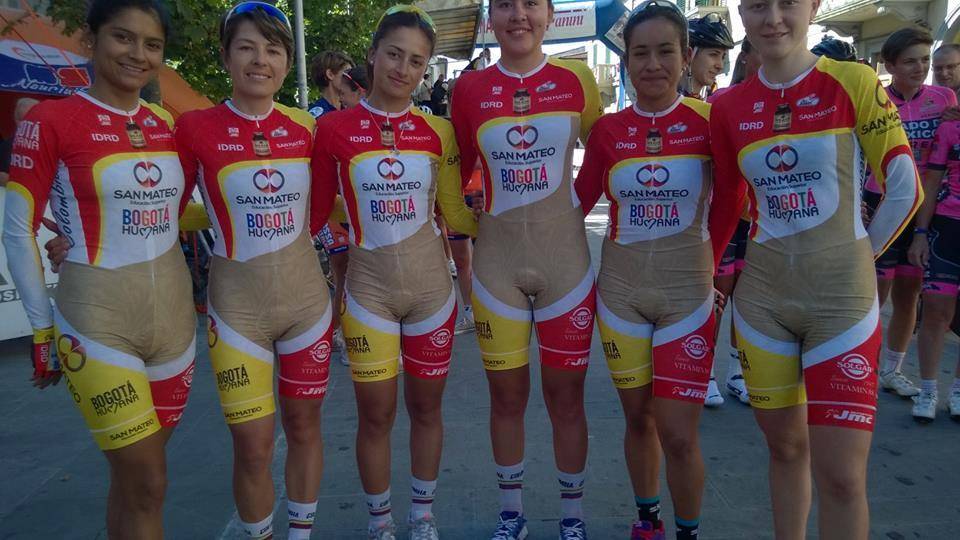 This has drawn flak from various quarters, with former British Olympic cycling champion Nicole Cooke saying, “This has turned the sport into a joke. Girls stand up for yourselves – say no.”

But one of the team members, Angie Rojas, said, “I’ve already said that I designed the uniform and as an athlete, as a woman, as the cyclist that I am, I wouldn’t be ashamed with this kind of design.” Adding, “I think the feeling we have is more curiosity and amazement (about the uniform controversy).”

Alas, her opinion isn’t shared by Brian Cookson, the former President of British Cycling and current President of the Union Cycliste Internationale, who has branded the outfit “unacceptable.” He tweeted: “To the many who have raised the issue of a certain women’s team kit, we are on the case. It is unacceptable by any standard of decency.”

Another lady, Hilary Evans, whose twitter handle is @OlympicStatman, had this to say: “I’m no fashion expert but even I know that the Colombia women’s cycling team kit seen here is a genuine disaster.”

I’m no fashion expert but even I know that the Colombia women’s cycling team kit seen here is a genuine disaster pic.twitter.com/4vdRzH8ohd

These outfits have let to scathing online comments such as, “Colombia’s women’s cycling jerseys are unintentionally vagina-like,” and “Worst Uniform Ever!”

As of now, it is not clear if the team intends to wear a similar uniform at the road world championships to be held this week in Ponferrada, Spain, while representing Colombia. The team is backed by the South America’s ministry of sport, and is sponsored by the capital city of Bogota.

Well, we just hope there aren’t any fashion faux pas in the future regarding the sports jerseys of either men or women, of any country!

Do you think these uniforms are unacceptable or is it their right to be able to express themselves? Tell us in the comments.