Creativity Does Not Have To Be A Suffering Contest

Oscar Wilde called the artistic existence “one long, lovely suicide”. The painter Francois Bacon once said that the feelings of unhappiness are more useful to an artist than the feelings of contentment, because it is the former that stretches your whole sensibility. The notion that if your creative process is not bringing you anguish, then you are not doing it right, needs to go to the dumpster. Artists have somehow learned that pain is the only truly authentic emotional experience and the single source of creativity. And because artists believe that and try to internalize that, they have become that. Ask anyone to draw an artist, and 99 per cent of the time they will draw a tormented one as if creativity and happiness can never go hand-in-hand. Have you realized that we’ve become so used to the phrase “the tormented artist” that we don’t find it troublesome anymore? Have you ever heard someone use that prefix for some other profession, say the tormented engineer, the tormented architect, or the tormented teacher? Something wrong is going on, people!

The statements of Wilde and Bacon, moreover, make things worse. Though on some level they might mean that one should push themselves to greater heights and not be afraid of unhappiness, the more evident suggestion is that a work of art is of no value unless it caused the creator tremendous amount of pain and agony. Do you understand how sick that is?!

This need to suffer also causes many artists to turn into addicts. A friend of mine took to drinking thinking that it’d transform his poetry, making it darker and therefore of more value. Charles Bukowski was his hero, and he thought drinking would help his poetry become more like Bukowski’s. What he didn’t realize was that Bukowski was a remarkable poet despite his alcoholism, not because of it.

The idea of finding a way to suffer and then clinging to it reminds me of a scene from Rockstar where Khatana Bhai, the canteen owner, tells Janardhan Jhakar (Ranbir) why the latter cannot be an artist because he doesn’t know pain. That is the kind of advice we don’t need.

Every time I and my friend who is a painter start talking about creativity and art, she never fails to mention Chester Bennington and Chris Cornell, and goes ahead to add, “Being an artist kills you and its okay because you have a greater purpose, of gifting the world with your art, and no matter what the cost, you have got to do it.” I just nod along because I am bad at confrontations, but I can write, and so here’s my response: BULLSHIT. That is the most insensitive and sick thing to say. Are you saying that Bennington’s songs saved many people so it was okay for him to suffer?

In her book, “Big Magic”, Elizabeth Gilbert talks about the importance of distancing oneself from one’s work, separating the artist from the art they create. She talks about a practice in ancient Greece and ancient Rome where people believed that creativity does not come from a person. According to them, creativity is a divine spirit who comes to assist you for reasons you will never know. The Greeks called the spirit a daemon, while the Romans called it a genius. The Romans believed that a person has a genius as opposed to the person is a genius, which is brilliant because it not only saves you from suffering when your creation isn’t that great (Go ahead and blame it on the lame spirit!), but it also saves you from narcissism because the great thing you just created wasn’t you entirely!

Suggested read: When You Love Each Other And Can’t Be Together: An Incomplete Love Story Of A Musician And A Writer

Renaissance may have contributed greatly to the making of the modern world apart from giving us Vinci, but it did us one great disservice: Making individuals believe that the world revolves around them; that creativity and the creator cannot be separated. And as Gilbert puts it, that is a huge error. We cannot let one little human think that he is the source of something divine, can you imagine the pressure. While it is pressure for some, it is ego for others, and we don’t need both. It either allows a painter to cut his ears off and then shoot himself in the stomach, or say something like, “Every time I change wives I should burn the last one. That way I’d be rid of them. Maybe, that would bring back my youth, too. You kill the woman and you wipe out the past she represents.” We don’t need both because NOTHING IS WORTH KILLING OR DYING FOR. 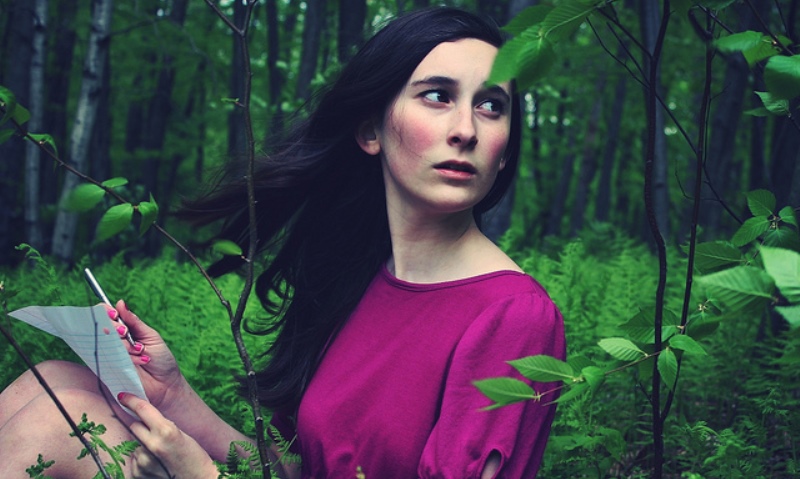 Article Name
Creativity Does Not Have To Be A Suffering Contest
Author
Riya Roy
Description
Artists have somehow learned that pain is the only truly authentic emotional experience and the single source of creativity. It is time to let that idea go.