If the state of online dating has had you lamenting over what people deem technological achievements, then you have news to cheer! You no longer have to subject yourself to a ‘swipe left or right,’ ‘hit or miss’ or ‘hot or not’ technique to find a partner you might be compatible with. Lauren Kay, Katie Bambino, and Emma Tessler, the co-founders of the matchmaking startup Dating Ring, promise to change the direction of the online dating wagon, currently headed South. 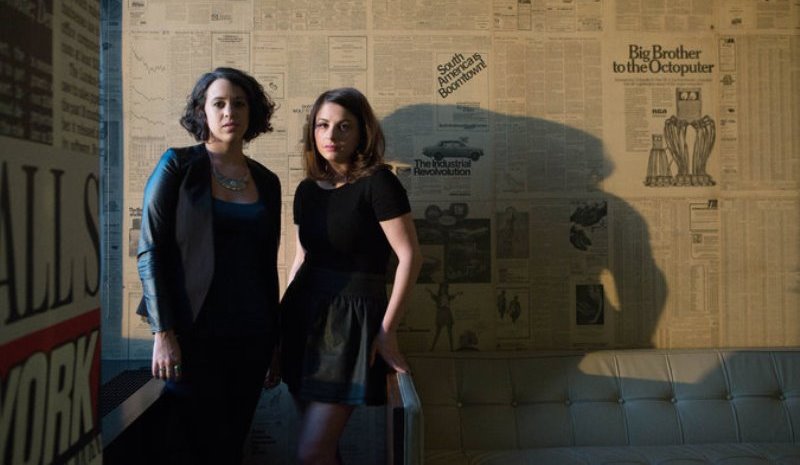 For starters, the ‘women’ founders of Dating Ring conceived the idea, thanks to their own personal online dating experiences. Kay and Tessler were both in their early 20s and frequent online daters, mostly using the site OKCupid. Ms. Tessler had ventured on about 100 first dates and Ms. Kay, about 50.

“We were spending a lot of time doing it and finding pretty inaccurate results,” said Ms. Tessler (Her current boyfriend being her 115th OKCupid date).

Understanding the lacuna in a market they only knew too well, they decided to tap into the potential, striving to come up with a product that shall not only address but solve the problem with maximum efficiency.

When asked what prompted her to take such a bold step, despite a conspicuous lack of any academic credentials that’d hold her in good stead in a tech-field, Kay said,

“I was burned out, getting calls from 13-year-old girls in the middle of the night, but I really liked talking to people about relationships and sexuality, and wanted a way I could do that in a happier environment.”

It was then that she decided to start a group-dating website that would yield dating results justifiable in relation to the time-investment, and emailed 15 men and 15 women to inquire if they’d be open to dating in a group. It was in one of these test groups that Kay met Tessler and birthed Dating Ring in 2013. 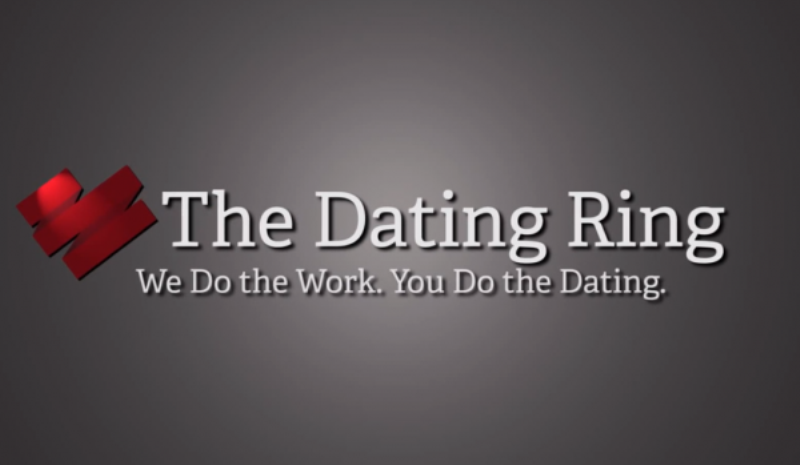 Dating Ring deploys an algorithm to generate potential matches, and then uses a matchmaker to sift through the results to hand-select dates. This serves to differentiate Dating Ring from the gamut of mobile dating apps like Tinder, where the sole determining factor for a date is a person’s appearance.

“People also want relationships that begin based on more than your gut reaction to a photo.”

“This model is very new,” he said, about the strength of the model and the need to imbibe it within the online dating milieu. “This merging of Internet dating and matchmakers.” 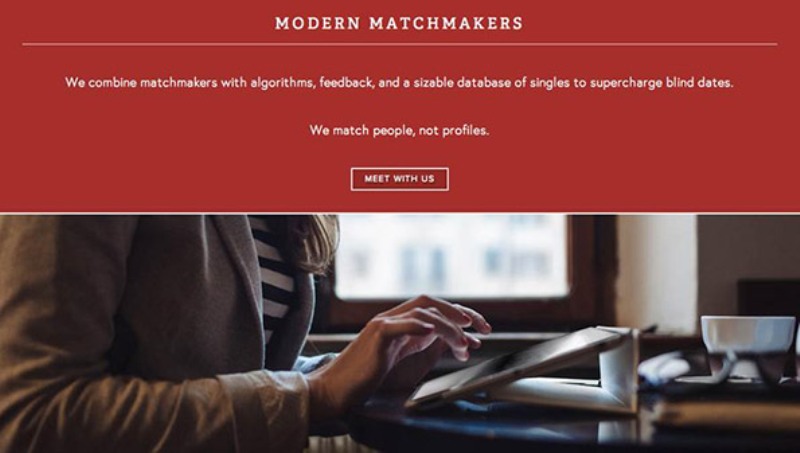 Dating Ring was part of the Silicon Valley accelerator Y Combinator’s January 2014 class, and by then boasted a few thousand users, growing at about 10 percent a week, charging $20 per person per date. But the intial baby-steps weren’t easy to take. Like a toddler learning to walk and falling on the sideways, Dating Ring also faced flattened sales and the inability to fill dates as the major hurdles that slowed pace. On how the process of scheduling dates had turned nightmarish at the time, Kay remarks,

“We had become a group scheduling company, not a group dating service.”

Their noble intentions to redeem online dating from the abyss of superficial judgment was being compromised by their need to find enough people to fill the promised dates. Upon the suggestion of one of Y Combinator’s partners, they posted a private Facebook poll to gauge if their users preferred a one-to-one dating model.

“All of them either preferred one-on-one dates or didn’t have an opinion,” Ms. Kay said. “That led us to believe there was a whole group of people who hadn’t signed up because they wanted one-on-one dating.”

As such, the women pivoted their tech model and accommodated a new sign-up form on the website that advertised their shift to one-on-one dating, albeit in retention of the matchmaking model. “We had $7,000 in sales within 24 hours,” Ms. Kay said, almost a $4000 bump-up from their MONTHLY revenue from the group-dating model!! 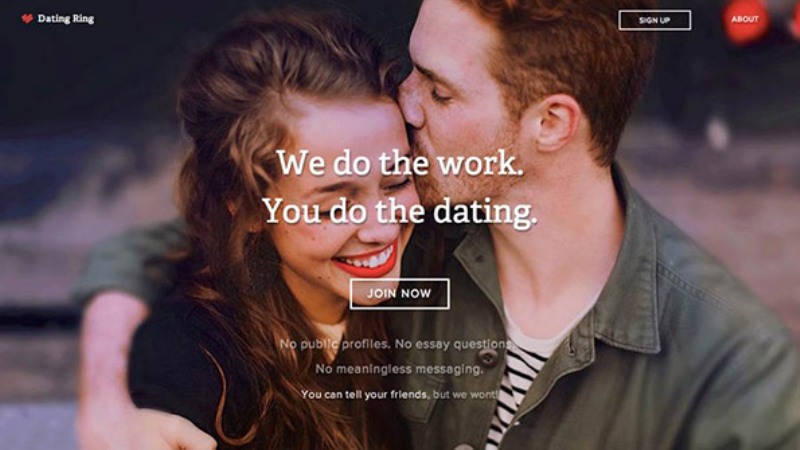 It was a definite step ahead of the ‘hot or not’ type players in the game and the new entrants like SparkStarter and CoffeeMeetsBagel, who used connections to humanize the dating process and move beyond the mere algorithmic match. Melissa Brady, a 37-year-old Dating Ring client in White Plains, N.Y., loves the idea of a matchmaker being involved.

“It makes me more excited to go on the date, because I have more hope for it,” she said.

As for how the site operates, all one needs to do is fill an extensive profile, list out desirable traits, what you put out there, your likes, dislikes, preferences, negotiables, non-negotiables, and the activities that you like. There is no reason to withhold information as only matchmakers are privy to your responses. Therefore, a candid confession shall come in handy for a date for which you can have high hopes! If the match makers see you as a potential fit for somebody from its pool of beta users, they will contact you for an in-person meeting with the matchmaker. It is then that the date is scheduled.

A key part of this more inclusive and user-friendly model is the post-date feedback, which is recycled to improve upon a dater’s experience. Dating Ring charges $240 for three months with one introduction each week; anyone can become a member of the database for free and be eligible for matches with paying clients. The company’s V.I.P. service includes a one-hour, in-person consultation and multiple Skype feedback sessions in a package tailored to the client. The average price for a V.I.P. package is $3,500 that awards clients with five dates in five months.

Ms. Kay and Ms. Tessler have also begun setting up speed-dating events for members in New York and San Francisco.

“They sold out within two days,” Ms. Kay said. Revenue now averages about $35,000 a month but growth fluctuates, Ms. Kay said. “Some months it’s 50 percent and other months it’s 5 percent,” she says. “Right now, we’re pretty much breaking even.”

The company received a $100,000 initial investment from Y Combinator and raised an additional $255,000 from angels.

Although they are growing, Ms. Tessler and Ms. Kay aren’t consistently able to take salaries, and still have to tackle the challenges inherent in expansion, which includes finding enough qualified matchmakers in new cities. They are also thinking about changing the company’s name, which reflects its group dating past.

One of the most recent campaigns that Dating Ring engaged in was a CrowdTilt campaign that flew single women from New York city to San Francisco to meet up potential eligible suitors. The campaign page explained:

There are tons more single women in NYC, and tons more single men in SF. And, see, the two cities are only separated by a bunch of crappy airports, flight delays, and cheap roundtrip flights. So, we started joking about doing some cross country matchmaking. And you know what they say – make a joke 12 times and it becomes a Crowdtilt. So, America, let’s make this happen.

And the success of the campaign was evinced by a relationship that has already blossomed into an engagement! Of course, there has been considerable debate about the caricatures and stereotypes surrounding the Big Apple and SF, but the critical dialogue subsided after a considerable rise in the interest that the idea generated. However, Kay backs up her ‘tongue-in-cheek-joke-turned-business-campaign’ with the numbers on her site, reflective of much more proof for conducting the campaign over and above the buzz it generated.

As of now, Dating Ring has begun operations in New York, San Francisco, Los Angeles, and Boston, and plans to keep growing! And for what we, at NLT believe, is a REAL chance for online dating to get REAL, we wish the Dating Ring team all the very best!