As people age and get old, they’re sort of shoved to the metaphorical corner, with nobody giving any credit to their opinions, thoughts, and least of all their attractiveness as an individual. This is especially true of older ladies than gentlemen. To top it off, older women also need to contend with sagging skin, jiggling thighs, and other body parts that don’t quite defy gravity – if you get my drift! 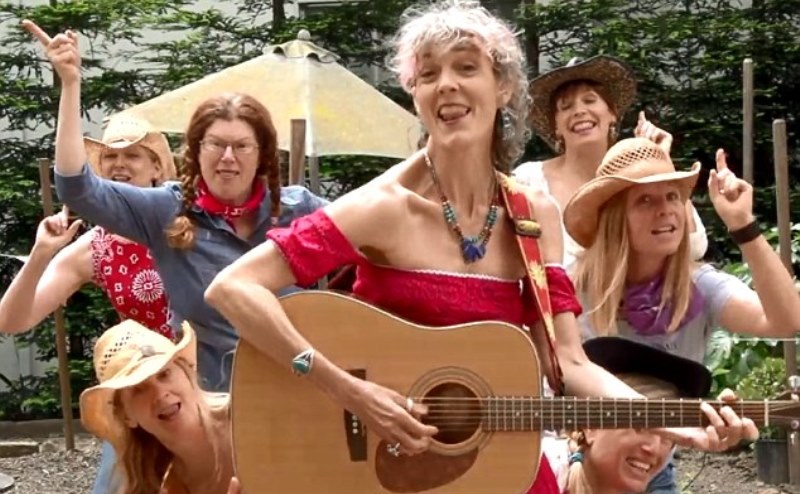 But this one woman, Donnalou Stevens, 55, has taken all these unattractive bits about her body and other fellow older ladies, and made it into an anthem, aptly titled, Older Ladies Anthem. Stevens is the resident of Oakland, California, and with this anthem, she’s finally found that she’d been looking for always – fans, thousands of them.

In early June of 2014, Ms Stevens posted a video of her country song ‘Older Ladies,’ which has garnered more than nine million views along with a slew of positive comments till date. The video sure brings out the brutal truths of aging, but it also makes you grin for the way the lady has taken aging in her stride. You can see Ms Stevens and her friends laugh and dance in costumes, and sing that ‘Older ladies are divine.’ And they’re not afraid to bare it all either, for in one sequence of the song, all the ladies strip off their bras and dance – albeit in an aesthetic manner! 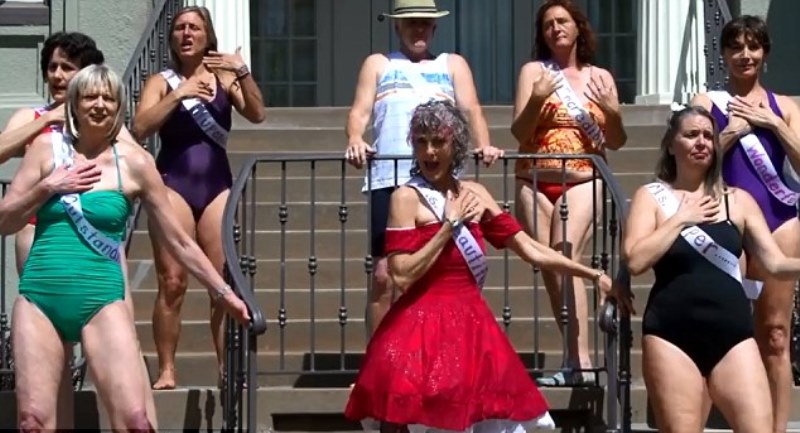 Donnalou Stevens and her friends dancing in the video

In the wake of her success, Ms Stevens kick-started a Kickstarter campaign to raise about $10,000 to make more songs and videos. But when the campaign ended in July 2014, the tally of money pledged stood at $34,000. In the Kickstarter video, she admitted that she recently realized that she is a butterfly while she’d thought she ‘was a worm’ her whole life.

“I never could understand why life was so unfair and so hard,” Ms Stevens said. “And then I realized not long ago I was taught what to sing about.” 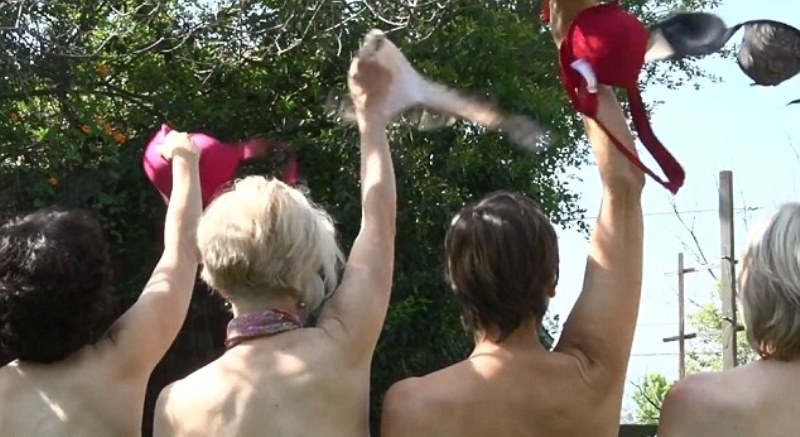 Donnalou Stevens and her friends baring it all

With funds not being a problem anymore and Donnalou Stevens Older Ladies Anthem being a hit, she has a list of songs to produce next, which include, ‘Do You Think You Can Love Me Like My Dog Does,’ ‘If I Were Enlightened,’ and ‘Older Men.’

Ms Stevens is truly an inspiration to others by showing them that it’s never too late to chase your dreams. Whether you’re 20 or 35 or 55 or even 65, if you’re passionate about something and want to see your dream become reality, then you go after it with all your heart. Then success is sure to come your way.

We wish her all the success in her endeavors. Older ladies are indeed ‘divine,’ Ms Stevens! 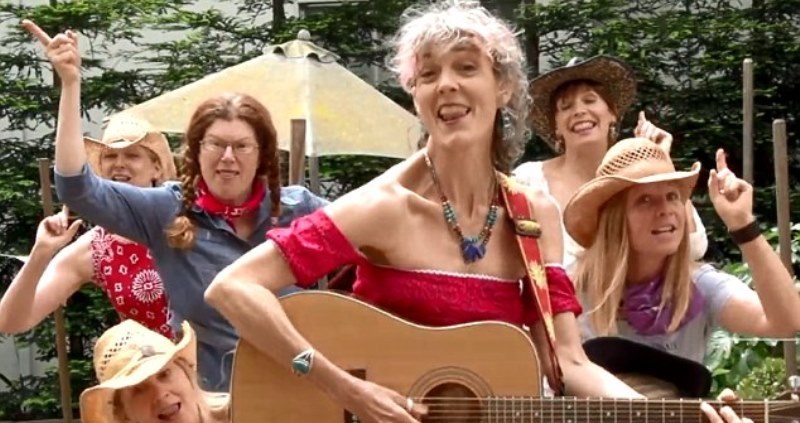