A wedding planner proposes to his girlfriend by planning a FAKE wedding!

Jack Bermeo, the CEO of LJDJ Event Design & Entertainment in New Jersey, has attended countless weddings as part of his job as a wedding planner. And he has heard every love story that inspired the weddings he planned. So, when he decided to pop the question to his girlfriend and mother of his son, Sophia Sandoval, it had to be an innovative and never-before-done proposal.

What did Jack do, you wonder?

Well, he just planned and executed a FAKE wedding!

After asking Sophia’s father for her hand in marriage, he put his elaborate marriage proposal into action. Jack contacted his former clients to act as wedding guests, hired actors to fill in, but he needed two fake grooms, since it was a fake same-sex wedding. One of his former clients, Danny, agreed to be the groom, who in turn roped in his best friend Chris to go along with the ruse. Danny and Chris, donned tuxedos rented by Jack, played along as the happy couple, even going as far as swaying to the first dance.

Meanwhile, Sophia’s family and close friends hid in another room, waiting for Jack to go down on one knee – their cue to come out. Go down, he did, in the middle of the fake grooms’ first dance. Alarmed that Jack was ruining another couple’s wedding reception, an obviously confused Sophia asked, “What are you doing?” adding, “Honey, you can’t do this right here.” 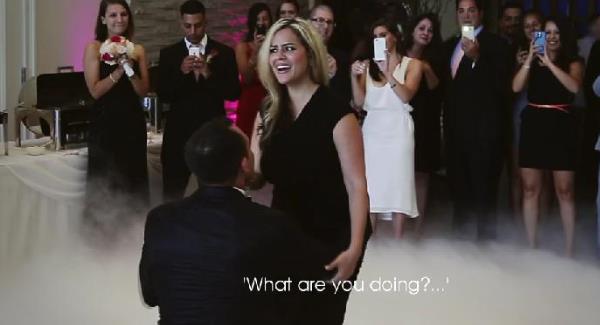 A confused Sophia, when Jack went down on one knee

But once she realized what was happening, and noticed that all eyes were on them, an emotional Sophia replied with a resounding YES!

The extent to which Jack went to ensure that Sophia remained in the dark about the proposal is amazing. He invited Danny to their son’s birthday party, making it seem like they had a perfectly good reason to attend his wedding. Furthermore, Jack even showed her a fake seating chart of the 80-member wedding party. 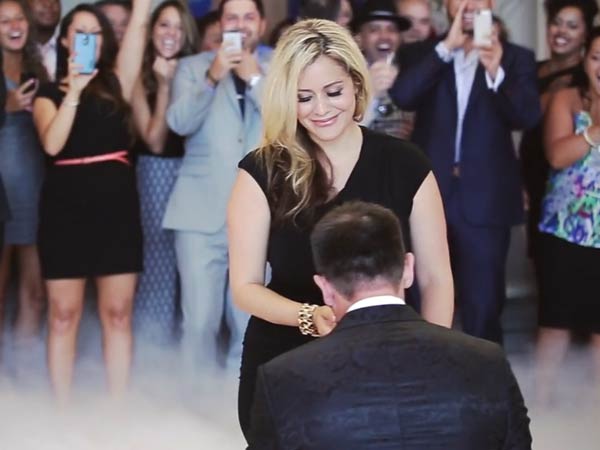 Jack popping the question to Sophia at the fake wedding

Isn’t it amazing what love makes you do?

Anyway, this is what Sophia had to say after the proposal was a success: “We complement each other. I always felt like nobody gets me. I’m very strange and awkward, but he gets me. We can be free in front of each other. And he’s an awesome dad. That’s the cool part – I know we did things backwards, but to see him in that role, I don’t know, it just makes it that much sweeter. It’s a beautiful thing.” 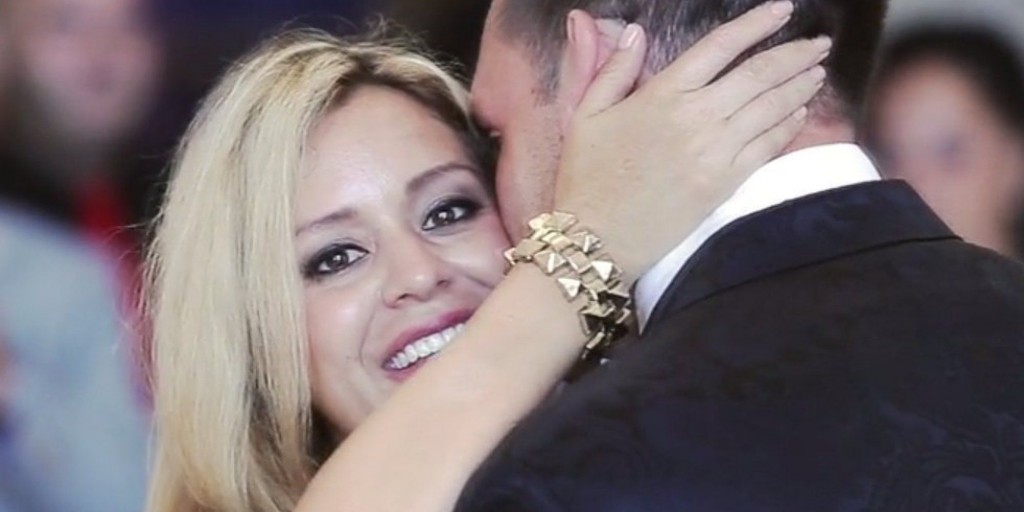 Sophia and Jack after the proposal

Awwww! We agree; it is a beautiful thing.

This fake wedding which ended in a very real engagement, gave rise to the Twitter hashtag #FakeWeddingRealEngagement. Many users congratulated Jack on his innovative marriage proposal using the same hashtag. Here are a couple of those comments:

That was a brilliant idea #fakeweddingrealengagement

Someone once again raised the bar for men out there #fakeweddingrealengagement

What is the craziest thing you’ve done for love? Tell us in the comments.