Ryan Serhant, the reality TV star, shuts down Times Square to propose to his girlfriend

Seems like the elaborate wedding proposal streak is here to stay. Just yesterday, we gave you the story of the wedding planner who proposed to his girlfriend by organizing a fake wedding. And a few days before that, there was that Frozen-themed wedding proposal. Today, we’re sharing yet another outrageous, innovative and knock-my-socks-off wedding proposal.

And this time, it’s a celebrity who takes the cake for his elaborate wedding proposal. 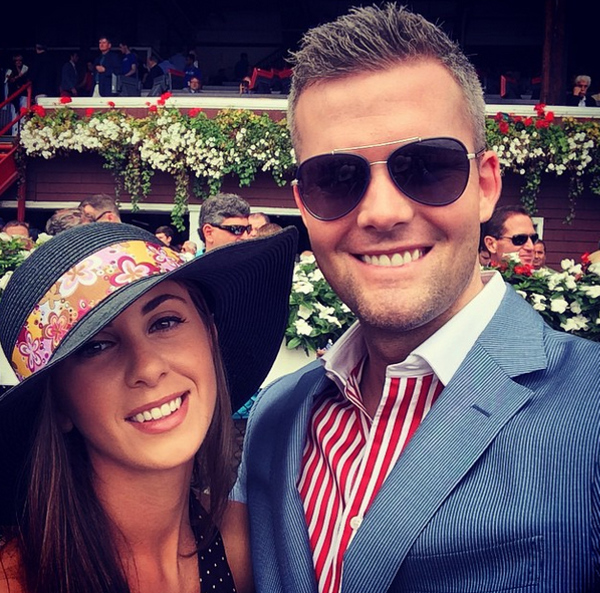 Emilia Bechrakis and Ryan Serhant at an event

Ryan is a 30-year old realty reality television star of the show, Million Dollar Listing New York. This real estate hotshot wanted to propose to his girlfriend, Emilia Bechrakis, like no one had ever done before. So how did Ryan do it, you ask?

He just shut down Times Square! Yes, you read that right. Times Square, at the junction of Broadway and Seventh Avenue, one of the busiest locations, hosting over 39 million visitors annually, was shut down so Ryan could propose! 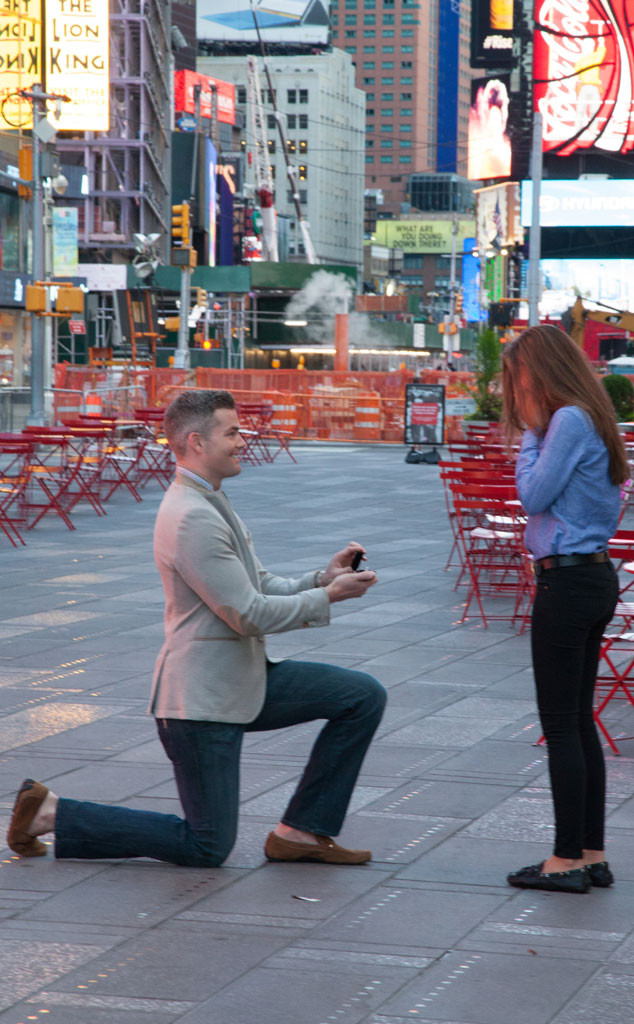 To pull off his elaborate wedding proposal, he worked in concert with the New York City Mayor’s Office and the Times Square Alliance, and shut down Times Square for an hour at 7AM, this past Sunday morning, the 14th of September.

“No one has ever done something like this. But I’m only going to propose once in my life so I wanted to make sure that I did something special,” said Ryan. “I wasn’t going to propose like a p—sy. It worked! This is the most incredible day! Words really can’t describe what I’m feeling!” 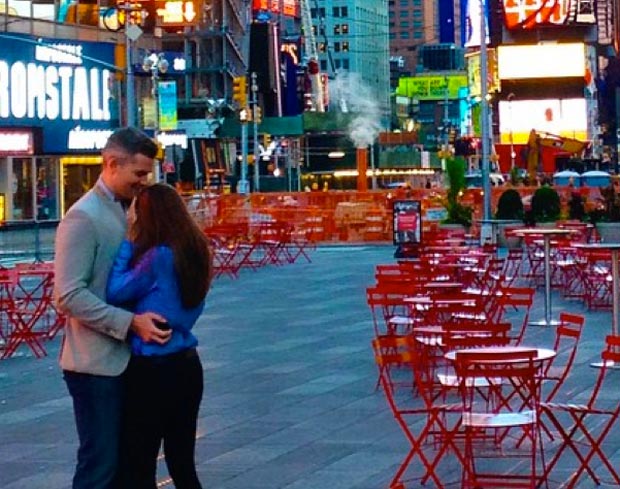 Emilia hugging Ryan after the proposal

Ryan posted an adorable photo of him and Emilia at Times Square, along with this message: “Yesterday morning I shut down Times Square and a little boy from Texas (me) proposed to a little girl from Greece (Emilia) in this crazy city called New York.” He had another message for the people who made it possible for him to achieve his goal: “I need to say thank you to the help of 50 NYPD officers, the Mayor’s office, and the Times Square Alliance. We had the heart of this city completely to ourselves. Like I’ve always said … GO BIG OR GO HOME.”

And the gushing bride-to-be had no clue that her boyfriend was planning any of this. “This was a complete surprise. I was not expecting this at all. He’s really outdone himself!”

That’s not all. Ryan really did go big. The engagement ring that he proposed Emilia with, is a stunning custom-made cushion-cut diamond. 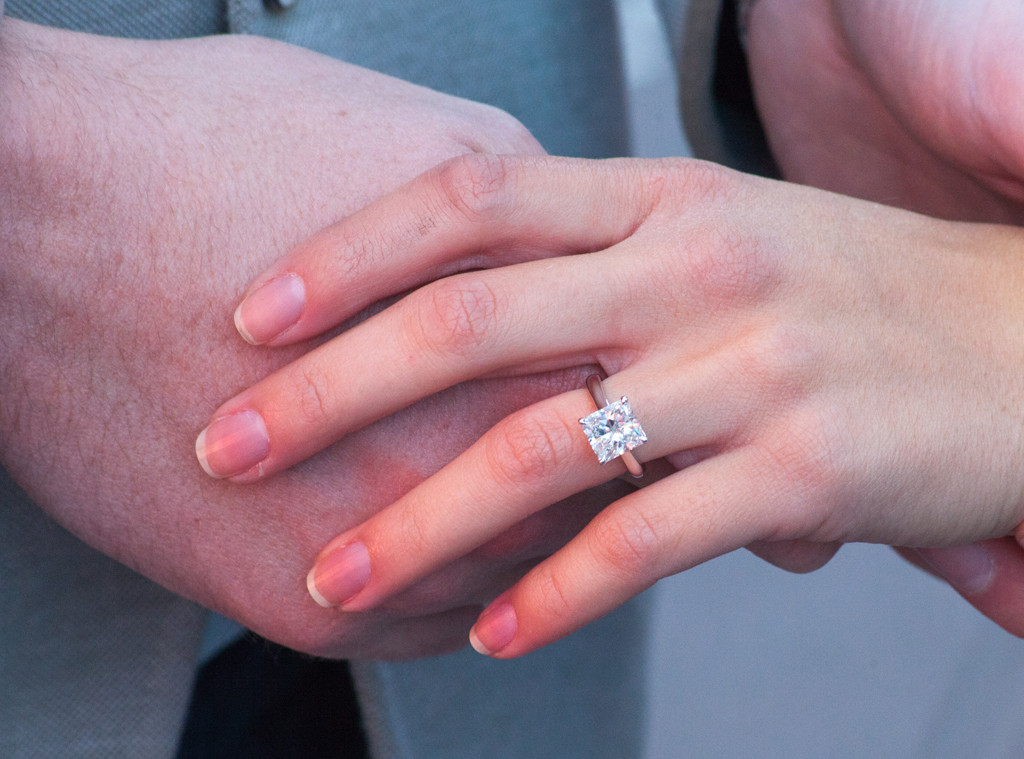 The ring that Ryan proposed Emilia with

Apparently, the whole proposal was shot by Bravo for the upcoming fourth season of Ryan’s reality show, Million Dollar Listing New York. The couple can revisit their happy moment anytime they wish to, by just tuning in to their show. How convenient for them – ah!, the perks of dating a reality show star.

Hearty congratulations to the hotshot couple!