Every now and then, social media is abuzz with news stories of innovative marriage proposals. Be it on top of the Eiffel Tower, on a large screen at a Basketball game, a custom ad in a newspaper, a custom crossword that when solved pops the question, and the old classic, put a ring in a glass of bubbly or a piece of chocolate cake. And not too long ago, you also saw an amazing marriage proposal video that was shot in 28 countries.

If that was amazing, wait till you see what we have in store for you next.

Almost all of us have watched our share of Disney movies and have our own favorites. And the latest to join that list of favorites is the movie Frozen, which told the beloved children’s story by Hans Christian Andersen. The famous song “Let it go” was ubiquitous since the movie released, and apparently there have been many Frozen-inspired wedding rings and weddings too. 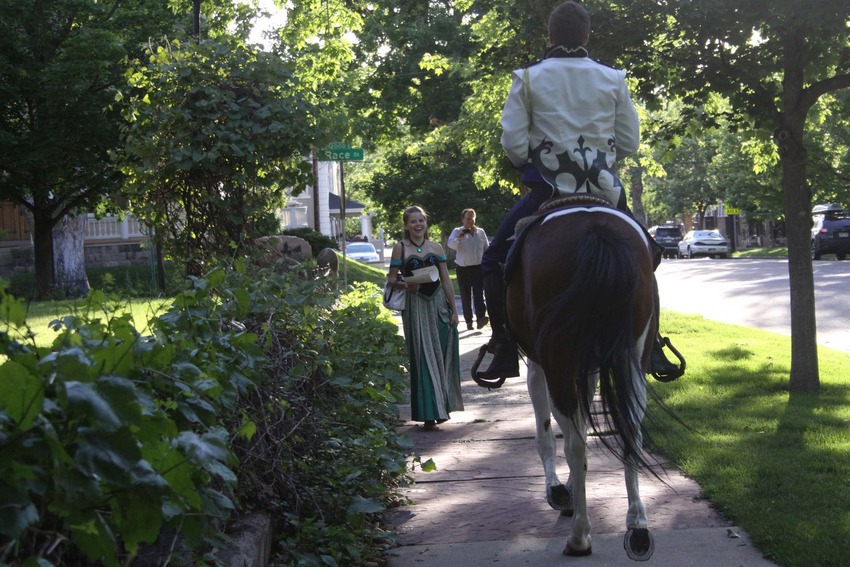 Brian arriving on his trusted steed

Brian fashioned his proposal after the scene where Prince Hans proposes Princess Anna. So, Brian ordered custom-made costumes of the two characters, found a castle-type inn called Castle Marne Inn – which is a feat in itself, because castles are hard to come by in Denver, Colorado, where the couple lives, and got on one knee in a leafy arbor. And his girlfriend, Michelle, was kept totally in the dark about the whole thing. 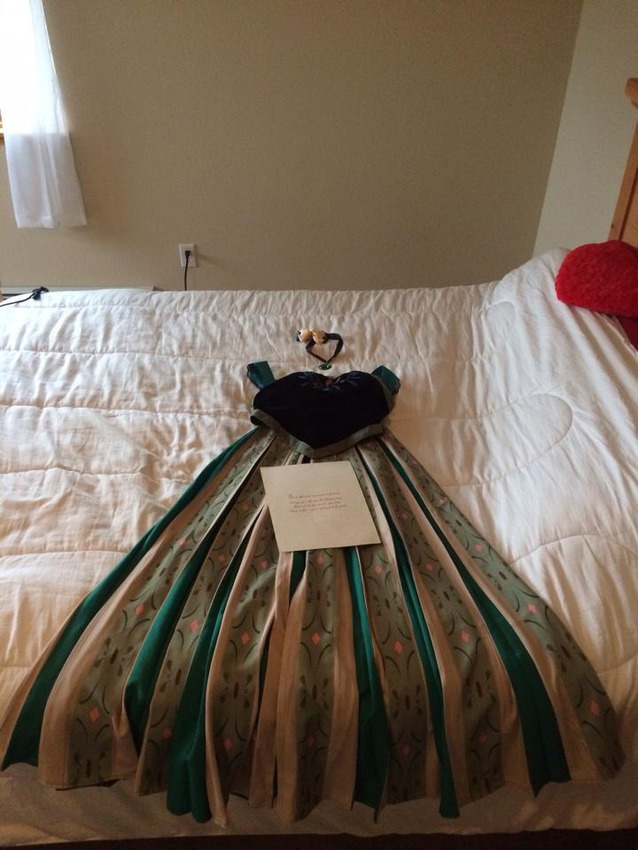 With help from Michelle’s mother, he got measurements for the dress, and got her family on his side to keep mum about what he was planning. Even the inn’s manager loved the idea so much, that she allowed Brian to bring a horse on the property.

Brian convinced Michelle that they were going out for dinner to celebrate their fourth anniversary, and had left instructions to wear the custom outfit. And as she arrived for their rendezvous, he rode the saddled up horse to meet her. Entering a leafy arbor, Brian went on one knee in his Prince’s costume, popped the custom-made crown-shaped box and asked the question. 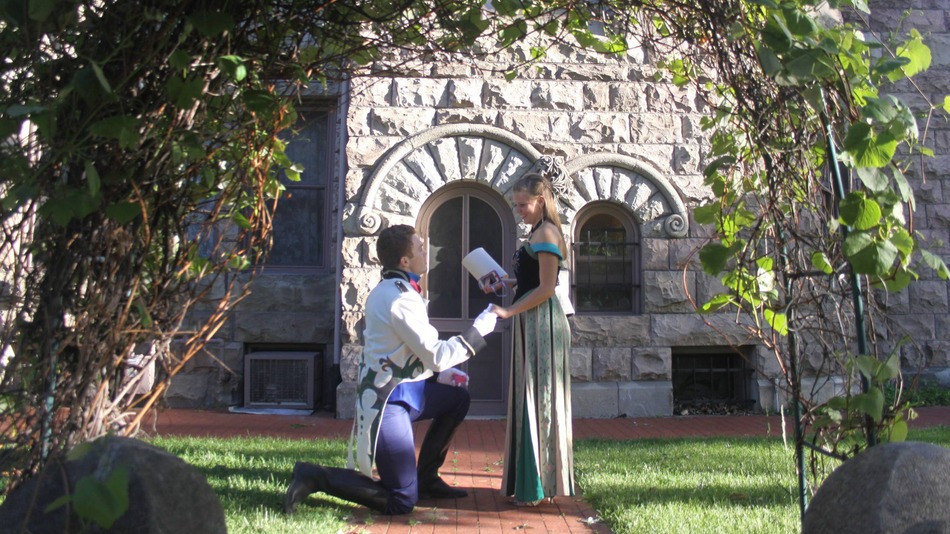 Brian on his knee with the ring

And of course, she said, YES.

Let’s just hope this Hans is better than the movie one. Congratulations, you guys!

Do you have an friends who have popped the question following an elaborate proposal? Tell us in the comments.