“Rudy Francisco was born and raised in San Diego, California. At the age of 21, Rudy completed his B.A in Psychology and decided to continue his education by pursuing a MA in Organizational Leadership. As an artist, Rudy Francisco combines activism and poetry to enlighten the minds of those who witness his performance. Rudy eloquently absorbs the experiences of those around him, synthesizes them and converts their stories into poetry. Furthermore, Rudy has made conscious efforts to cultivate young poets and expose the youth to the genre of Spoken Word Poetry through workshops and performances at schools and community centers. Rudy has also received admiration from institutions of higher education. He has conducted guest lectures and performances at numerous colleges and universities around the nation.”

Suggested read: “I Had Been Secretly Hoping This Would Turn Into A Love Poem”: Best Poems By Olena Kalytiak Davis

Here are some of the best poems by Rudy Francisco from his book, ‘Helium’.

“I was told
The average girl begins to plan her wedding at the age of 7
She picks the colors and the cake first
By the age of 10
She knows time,
And location
By 17
She’s already chosen a gown
2 bridesmaids
And a maid of honor
By 23
She’s waiting for a man
Who wont break out in hives when he hears the word “commitment”
Someone who doesn’t smell like a Band-Aid drenched in lonely
Someone who isn’t a temporary solution to the empty side of the bed
Someone
Who’ll hold her hand like it’s the only one they’ve ever seen
To be honest
I don’t know what kind of tux I’ll be wearing
I have no clue what want my wedding will look like
But I imagine
The women who pins my last to hers
Will butterfly down the aisle
Like a 5 foot promise
I imagine
Her smile
Will be so large that you’ll see it on google maps
And know exactly where our wedding is being held
The woman that I plan to marry
Will have champagne in her walk
And I will get drunk on her footsteps
When the pastor asks
If I take this woman to be my wife
I will say yes before he finishes the sentence
I’ll apologize later for being impolite
But I will also explain him
That our first kiss happened 6 years ago
And I’ve been practicing my “Yes”
For past 2, 165 days
When people ask me about my wedding
I never really know what to say
But when they ask me about my future wife
I always tell them
Her eyes are the only Christmas lights that deserve to be seen all year long
I say
She thinks too much
Misses her father
Loves to laugh
And she’s terrible at lying
Because her face never figured out how to do it correctl
I tell them
If my alarm clock sounded like her voice
My snooze button would collect dust
I tell them
If she came in a bottle
I would drink her until my vision is blurry and my friends take away my keys
If she was a book
I would memorize her table of contents
I would read her cover-to-cover
Hoping to find typos
Just so we can both have a few things to work on
Because aren’t we all unfinished?
Don’t we all need a little editing?
Aren’t we all waiting to be proofread by someone?
Aren’t we all praying they will tell us that we make sense
She don’t always make sense
But her imperfections are the things I love about her the most
I don’t know when I will be married
I don’t know where I will be married
But I do know this
Whenever I’m asked about my future wife
I always say
…She’s a lot like you”

“Instead of asking
why they left,
now I ask,
what beauty will I create
in the space they no longer
occupy?”

Suggested read: Carrie Fountain’s Poems Will Brighten Up Your January

“She asks me to kill the spider.
Instead, I get the most
peaceful weapons I can find.

I take a cup and a napkin.
I catch the spider, put it outside
and allow it to walk away.

If I am ever caught in the wrong place
at the wrong time, just being alive
and not bothering anyone,

I hope I am greeted
with the same kind
of mercy.”

“On May 26th, 2003,
Aaron Ralston was hiking,
a boulder fell on his right hand,
he waited four days,
he then amputated
his own arm with a pocketknife.

On New Year’s Eve,
a woman was bungee jumping,
the cord broke,
she fell into a river
and had to swim back to land
in crocodile-infested waters
with a broken collarbone.

Claire Champlin was smashed in the face
by a five-pound watermelon
being propelled by a slingshot.

Mathew Brobst was hit by a javelin.

David Striegl was actually
punched in the mouth by a kangaroo.

The most amazing part of these stories
is when asked about the experience
they all smiled, shrugged and said
“I guess things could’ve been worse.”

So go ahead,
tell me you’re having a bad day.

Tell me the alarm clock
stole the keys to your smile,
drove it into 7 am
and the crash totaled your happiness.
Tell me.
Tell me how blessed are we to have tragedy
so small it can fit on the tips of our tongues.

When Evan lost his legs he was speechless.
When my cousin was assaulted
she didn’t speak for 48 hours.
When my uncle was murdered,
we had to send out a search party
to find my father’s voice.

Most people have no idea
that tragedy and silence
often have the exact same address.

When your day is a museum of disappointments,
hanging from events that were outside of your control,
when you feel like your guardian angel put in his two weeks notice two months ago
and just decided not to tell you,
when it seems like God
is just a babysitter that’s always on the phone,
when you get punched in the esophagus by a fistful of life.

Remember,
every year
two million people die of dehydration.
So it doesn’t matter if
the glass is half full or half empty.
There’s water in the cup.
Drink it and stop complaining.

Muscle is created by lifting things
that are designed to weigh us down.
When your shoulders are heavy
stand up straight and call it exercise.
Life is a gym membership
with a really complicated cancellation policy.

Remember,
you will survive,
things could be worse,
and we are never given
anything we can’t handle.
When the whole world crumbles,
you have to build a new one
out of all the pieces that are still here.

“The word “repurpose”
means to take an object
and give it amnesia.

It means to make something forget what
it’s been trained to do so you can
use it for a better reason.

I am learning that a person
who only knows how to fight
can only communicate in violence
and that shouldn’t be anyone’s first language.

I am learning that the difference between
a garden and a graveyard is only what
you choose to put in the ground.”

Suggested read: Kissing In Vietnamese And Other Poems By Ocean Vuong

This is all we have on today’s post on the best poems by Rudy Francisco. This is, however, not an exhaustive list, and if we have missed out on some of your favorites, then please feel free to add them in the comment section below. 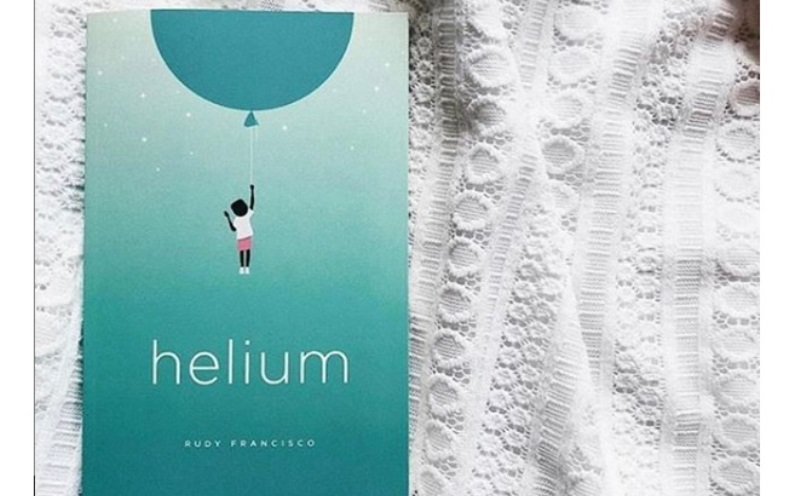