Carrie Fountain’s Poems Will Brighten Up Your January

Today, we will be celebrating some of the best poems by Carrie Fountain. We hope you will enjoy reading them just as much as I did curating them for you.

When you were building the i-10 bypass,

one of   your dozers, moving earth

at the center of a great pit,

slipped its thick blade beneath

the water table, slicing into the earth’s

wet palm, and the silt moistened

beneath the huge thing’s tires, and the crew

was sent home for the day.

Next morning, water filled the pit.

Nothing anyone could do to stop it coming.

It was a revelation: kidney-shaped, deep

green, there between the interstate

and the sewage treatment plant.

When nothing else worked, you called it

a lake and opened it to the public.

And we were the public.

anything, not one single thing, not

the flesh of the avocado which darkens

so quickly, though if you scrape

what’s been exposed to the air it’s new-green

I want to describe this evening, though

it’s not spectacular. The baby babbling

in the other room over the din

and whistle of a football game, and now

the dog just outside the door, scratching,

rattling the tags on her collar, the car

going by, far away but loud, a car without

a muffler, and the sound of the baby

the baby for many hours to anyone

who wishes to hear me. My feelings for her

take me so far inside myself I can see the pure

holiness in motherhood, and it makes me

burn with success and fear, the hole her

we fed her some of the avocado I’ve just

finished eating while writing this poem.

Her first food. I thought my heart might burst,

knowing she would no longer be made

entirely of me, flesh of my flesh. Startled

in her amusing way by the idea of eating,

she tried to take it in, but her mouth

pushed it out. And my heart did burst.

All the baby knows

is the flop of her limbs

and the milky blue vein

of sleep and the parking lot

of her animal fear,

the cars left there overnight,

with dew. The rest is

of her white room,

on a clean sheet

when I was in labor,

there, suddenly: all that

my body had known,

even things I’d only been

as when a stranger’s scent

of someone I’d known

in the distant past. The few

when I fainted in the kitchen

one morning before work

and woke up on the floor,

it was coming. It was all moving

forward. Finally, it was all going

to pass through me. It was

and it was all going to happen

in one single night.

in the adolescent pools

of memory, no more giving it

a little more time to see

if things would get better

or worse. No more moving

from one place to the next.

Finally, my body was all

that had ever been given

and I sweated through it

in layers, so that when,

in the end, I was finally

and watching, I could see

that what brought me

into the world was pulling

you into the world,

and I could see that my body

was giving you up

and giving you to me,

and where in my body

there were talents, there

were talents, and where

there were no talents,

there would be scars.

I don’t want to teach you anything

or show you my wound or have you taste

the amazing thing I made this morning

with only what we had left in the fridge

before you came home with new groceries.

I’m as tired as you are of genius. Hey,

do you know where we put the sky?

I haven’t seen it for months.

When I was in New Mexico last week

all I did was push the baby in her stroller

and worry about the sun on her legs

and think about coming home. Now

I’m home and I’m thinking of the way

the light came in off the runway

while I was waiting in the airport

for the return flight, feeding the baby

a hundred Cheerios, one by one, thinking,

I don’t even know how to visit New Mexico

anymore, thinking, I guess there isn’t going to be

a time when I live like I lived that summer

in Santa Fe, that summer-into-fall

I’ve for so long told myself I will someday

return to, that place I’ve kept, that ace

in the hole, that life with mornings

and afternoons that I am still holding back

with the very tip of my fingernail. After all,

waiting for all my life: running

the vacuum over the rugs while you walk

the baby around the block and my breasts

heat and tingle as they fill again with milk

and someone with the wrong number

to take there is no Phillip here for an answer.

This is, after all, the exact life I take with me

to bed each night, digging deeper and deeper

into its blood-dark soil, waking some mornings

from dreams that shake me and leave me

with a thirst for the past or the future,

a distance I can never reach—dreams

of a house I don’t recognize but know

I have lived in all my life, someone

your shoulder blade and feel with your fingers

the place where I pierced you. Oh,

that summer: Why did I have to leave it

cracked open behind me as I went? How

did I even do that? How did I get that

one sky to stay wedged there, blue as the sky

and just as big?

at two a.m. in the neon-dark dance hall, done sleeping with young men

in my apartment, done facing them or not, thinking of oblivion, which

is better than nothing. I am done not wearing underwear because

it’s so Victorian. I am done telling men I don’t wear underwear because

it’s so Victorian. I am done with the night a guy spread my legs

on a pool table, all those balls piled up in the pockets. I am done.

I am never going back. When I see that night on the street I will

drive past and never even glance over. I am done going to grad school,

nodding in your workshop. I am done teaching English as a second

listened to me and outside the window the cottonwood wagged

its sun-white leaves in the breeze as if to say, I give up, I give up. I am done

on her body. I am done with the wide afternoons of before, the long

stare, the tightly closed door. And I am done, too, for the most part,

with the daydream of after. I am after for now. I am turning up the heater

so I can finish this poem. I am done thinking of the past as if it had

This is all we have on today’s post on the Best Poems by Carrie Fountain. This is, however, not an exhaustive list, and if we have missed out on some of your favorites, then please feel free to add them in the comment section below. 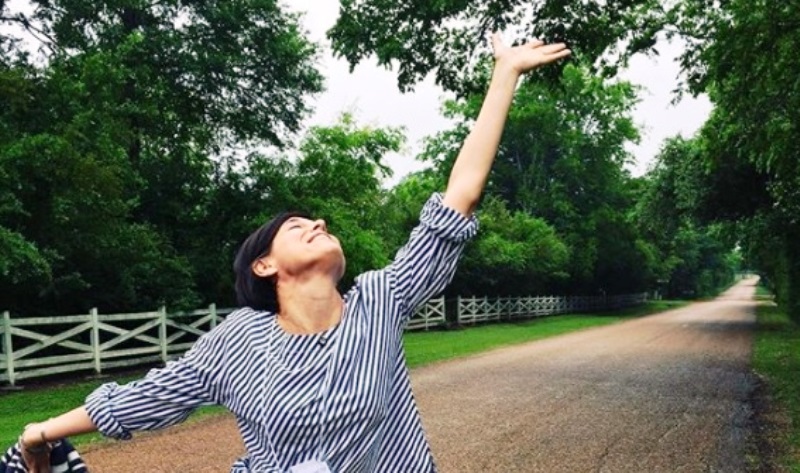