#NaPoWriMo If You Want To Read The Best Poems Ever Written, You Have Arrived At The Right Place!

April is National Poetry Writing Month, and we are SUPER excited about it! In celebration of the magic of words, we have compiled this list of 10 of the best poems ever written after going through several phenomenal poems. This, however, isn’t an exclusive list, but just a list of our favorites.

Suggested read: 7 Best Poems By William Blake That Only Gained Popularity After His Death

It was like the misery endured by an old man

Who has lived to see his son’s body

Swing on the gallows. He begins to keen

And weep for his boy, watching the raven

Gloat where he hangs; he can be of no help.

The wisdom of age is worthless to him.

Morning after morning, he wakes to remember

That his child is gone; he has no interest

In living on until another heir

Is born in the hall…

Alone with his longing, he lies down on his bed

And sings a lament; everything seems too large,

The steadings and the fields.

They flee from me that sometime did me seek

With naked foot, stalking in my chamber.

I have seen them gentle, tame, and meek,

That now are wild and do not remember

That sometime they put themself in danger

To take bread at my hand; and now they range,

Busily seeking with a continual change.

I met a traveller from an antique land

Who said: “Two vast and trunkless legs of stone

Stand in the desert. Near them on the sand,

Half sunk, a shattered visage lies, whose frown

And wrinkled lip and sneer of cold command

Tell that its sculptor well those passions read

Which yet survive, stamped on these lifeless things,

The hand that mocked them and the heart that fed.

And on the pedestal these words appear:

`My name is Ozymandias, King of Kings:

Look on my works, ye mighty, and despair!’

Nothing beside remains. Round the decay

Of that colossal wreck, boundless and bare,

The lone and level sands stretch far away”.

The vapours weep their burthen to the ground,

Man comes and tills the field and lies beneath,

And after many a summer dies the swan.

Me only cruel immortality

Here at the quiet limit of the world,

The ever-silent spaces of the East,

Suggested read: Poems That You Need To Memorize Right Now!

Remember me when I am gone away,

Gone far away into the silent land;

When you can no more hold me by the hand,

Nor I half turn to go yet turning stay.

Remember me when no more day by day

You tell me of our future that you planned:

Only remember me; you understand

It will be late to counsel then or pray.

Yet if you should forget me for a while

And afterwards remember, do not grieve:

For if the darkness and corruption leave

A vestige of the thoughts that once I had,

Better by far you should forget and smile

Than that you should remember and be sad.

Softly, in the dusk, a woman is singing to me;

Taking me back down the vista of years, till I see

A child sitting under the piano, in the boom of the tingling strings

And pressing the small, poised feet of a mother who smiles as she sings.

In spite of myself, the insidious mastery of song

Betrays me back, till the heart of me weeps to belong

To the old Sunday evenings at home, with winter outside

And hymns in the cosy parlour, the tinkling piano our guide.

With the great black piano appassionato. The glamour

Of childish days is upon me, my manhood is cast

Down in the flood of remembrance, I weep like a child for the past.

My thumb instead of an onion.

The top quite gone

Except for a sort of hinge

Then that red plush.

The Indian’s axed your scalp.

Straight from the heart.

Of pink fizz. A celebration, this is.

Out of a gap

on the back of the wind

till the current ends

and dips his wings

in the orange sun rays

and dares to claim the sky.

But a bird that stalks

down his narrow cage

can seldom see through

his bars of rage

his wings are clipped and

his feet are tied

I love all films that start with rain:

or darkening a hung-out dress

or streaming down her upturned face;

right through the empty script and score

before the lens pulls through the frame

to where the woman sits alone

beside a silent telephone

or the dress lies ruined on the grass

or the girl walks off the overpass,

That is all we have on today’s post on the best poems ever written. Did you like what you just read? Let us know in the comment section below. 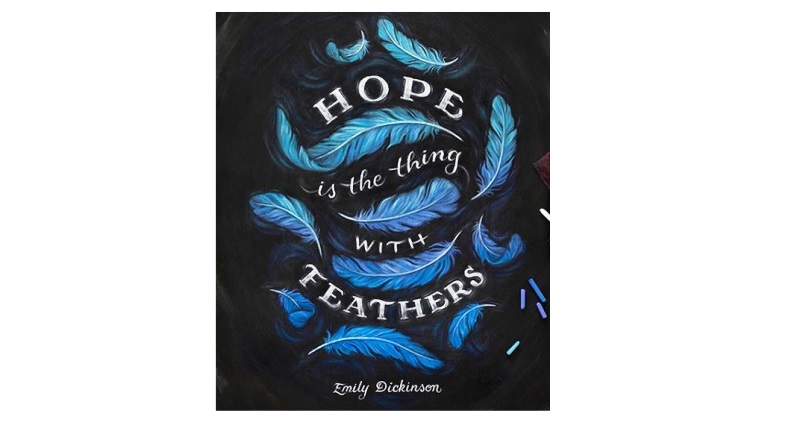 Article Name
If You Want To Read The Best Poems Ever Written, You Have Arrived At The Right Place!
Author
Riya Roy
Description
April is National Poetry Writing Month, and we are SUPER excited about it! In celebration of the magic of words, we have compiled this list of 10 of the best poems ever written .