In an attempt to generate jobs and encourage entrepreneurship, the Cabinet on the 7th of January, 2016, sanctioned Rs. 8,000-crore funds which will stand warranty for loans to new undertakings and ventures. It also announced the Stand up India scheme to forward credit facilities to the SC, ST and women entrepreneurs at lower rates.

Though the Rs. 3000-crore MUDRA Credit Guarantee Fund or the CGF will operate as a hedge against the default of Rs. 50,000 to Rs. 10 lakh loan tendered to small entrepreneurs, the Rs. 5,000-crore Stand up India CGF will provide as a guarantee for Rs. 10 lakh to Rs. 1 crore credits to be extended to at least 2.5 lakh SCs, STs and women. 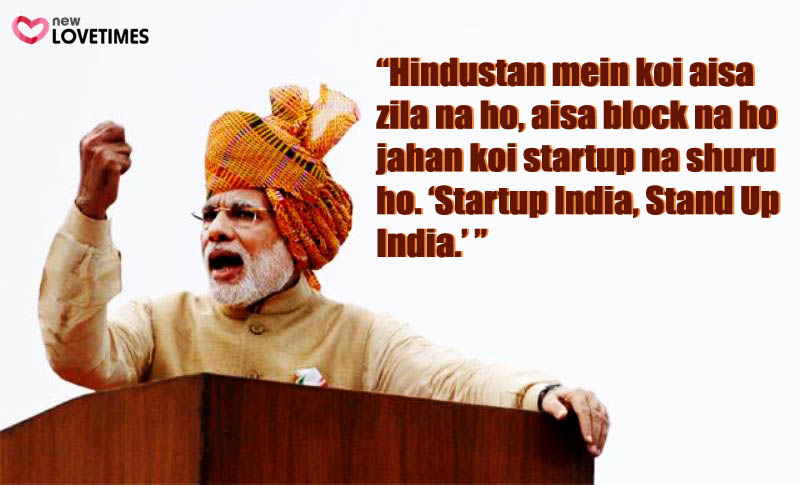 The Prime Minister’s cabinet has cleared conception of a Credit Guarantee Fund for MUDRA loans, the Finance Minister told the reporters. The Cabinet has also given its go-ahead signal to transform MUDRA Ltd, which is a pet venture of the State that funds small businesses, into MUDRA-SIDBI Bank. This bank will be a completely owned subordinate to Small Industries Development Bank of India (SIDBI).

The Government of India had set up MUDRA Ltd. last year. It was a non-banking finance company. In the ‘Stand up India’ scheme, Finance Minister, Arun Jaitley, says that banks will provide loans at the “least applicable rate” of interest. He went on to say,

“Every bank branch, including private sector, will give loans between Rs. 10 lakh and 1 crore to at least one SC/ST and one woman entrepreneur under the scheme.”

Suggested read: Why is marital rape an oxymoron for the Indian government?

The Stand up India that will probably be launched together with Start up India scheme on the 16th of January shall be effected via 1.25 lakh bank branches. The MUDRA scheme which was launched in April last year has already drawn-out loans valued Rs. 72,000 crore to around 1.73 lakh beneficiaries. The aim for the entire fiscal is close to Rs. 1.22 lakh crore.

The Financial Services Secretary, Anjuly Chib Duggal has said that the National Credit Guarantee Trustee Company Ltd. (NCGTC) will be the Trustee for CGFs of MUDRAS and also Stand up India.

Duggal has told the reporters that the Stand up India scheme will be the target of, no less than, 2.5 lakh approvals in 3 years’ time from the launch of the plan. It will support borrowers at the pre-loan stage as well as during operations.

“This would include increasing their familiarity with factoring services, registration with online platforms and e-marketplaces as well as sessions on best practices and problem solving,” an official statement reads.

The statement also states that the intent of the Stand up India scheme, on the whole, is to influence the institutional loan structure to stretch out to underserved sections of the society, the marginalized sections, by easing the bank credits repayable till a period of 7 years for the greenfield initiatives in the non-farm sector.

Under the Stand up India scheme the margin money will be equal to 25 per cent, and the remaining will be funded by the bank. According to sources,

“The convergence with state schemes is expected to reduce the actual requirement of margin money for a number of borrowers.”