What can be more perfect than ending the most magical day of the year with a perfect book that takes everyone off into the mystical land of candy canes, fairies, and Santa Claus? Curling up in front of the fireplace with a book in one hand and a cup of steaming cocoa in the other can make for an absolutely enchanting evening. They’re also great for the entire month of December, either leading up to the 25th or till the New Year. Here is a list of 10 timeless books to read during the Christmas season that will bring you the true spirit of Christmas.

The Polar Express is a children’s book written and illustrated by Chris Van Allsburg in 1985. The book quickly became a popular classic that has since been made into a movie. The book tells us about the adventures of a young boy who steps on a magical train, called “The Polar Express,” that heads straight to the North Pole. It is at the North Pole that the boy meets Santa Claus and his helping elves, and learns what it really means to truly believe. 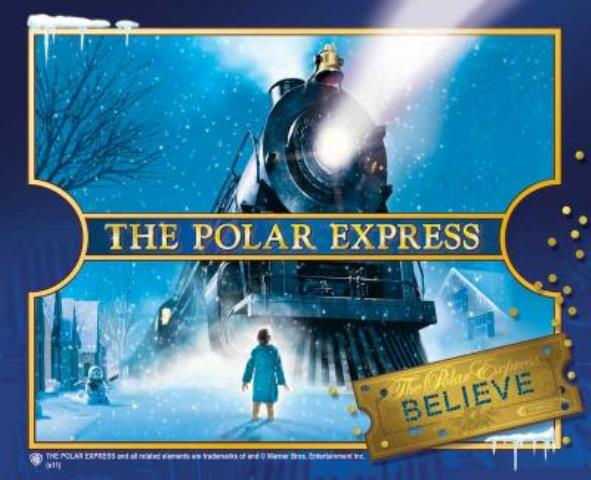 A former professor at the Rhode Island School of Design, Chris Van Allsburg’s soft illustrations and sweet storytelling have made the book a favorite classic, specifically during Christmas time. This book leaves every child – and even a few adults – dreaming about the chance to hop onto a train that will take them to the magical land of elves, reindeer, and Santa Claus.

2. How the Grinch Stole Christmas 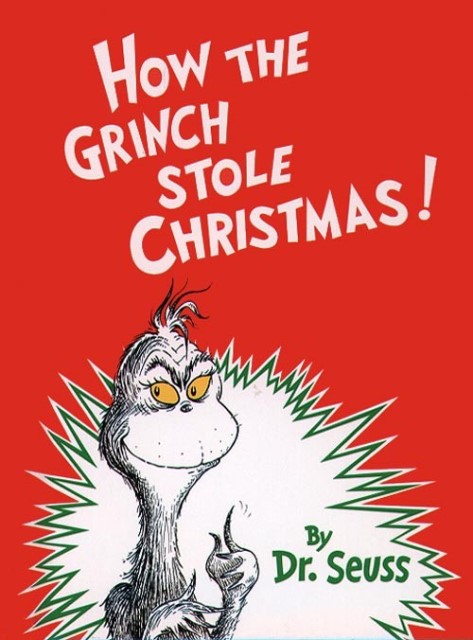 How the Grinch stole Christmas

But not everyone seems to be in the Christmas mood, however – the Grinch, whose heart happens to be two sizes too small, hates Christmas and is anything but excited about the coming festival. So, on the eve of Christmas, Grinch dressed as Santa and stole Christmas! Through the prickly old Grinch, Dr. Seuss shows everyone that the Christmas season is much more than just the presents and good food. Children and adults have come to love this classic tale through the years.

First published by Chapman & Hall on 19th December 1843, A Christmas Carol is a novel by English author Charles Dickens. The book tells the story of Ebenezer Scrooge and his transformation from being a bitter old miser to a cheerful and friendly person. This is all thanks to a visit by the ghost of Jacob Marley, Scrooge’s former business partner, followed by the three ghosts of Christmas past, present, and future. Scrooge symbolizes the representation of winter; and, just as spring follows winter and renews life, Scrooge’s cold, strained heart is restored to the innocence of his childhood and youth. 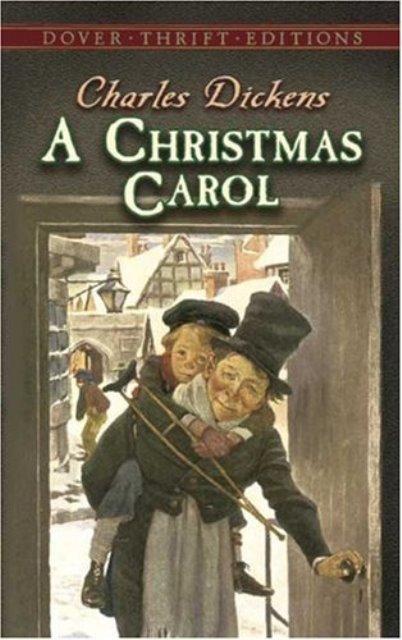 Dickens’ masterpiece had a great impact in bringing back to life the old traditions of Christmas in England. The novel has been credited with restoring the merriment and festivity of the Christmas season. A Christmas Carol remains popular even today and has been adapted many times into movies, theatre performances, opera, and other art forms.

4. The Lion, The Witch And The Wardrobe

C. S. Lewis’ The Lion, the Witch and the Wardrobe is a fantasy novel. Published in 1950 by Geoffrey Bles as the first of a set of seven novels named The Chronicles of Narnia, The Lion, the Witch and the Wardrobe quickly became the clear favorite among the author’s repertoire. It tells the story of four English children who live in a big house during their evacuation from London during WWII, and their adventures in the magical world of Narnia. Narnia is a land that has been ruled by the White Witch for 100 years of freezing winter, and is inhabited by talking animals and other mythical creatures. 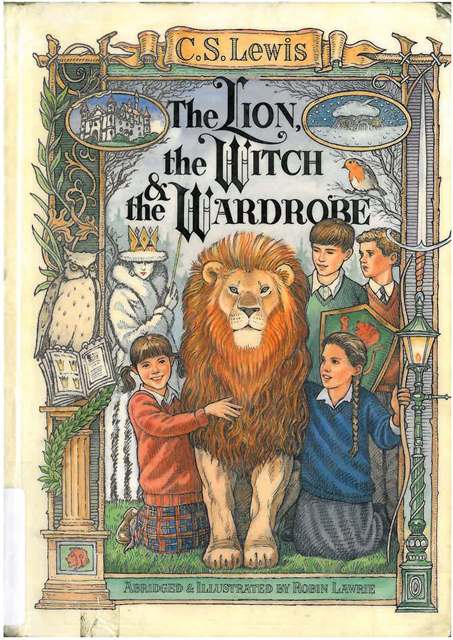 The Lion, the Witch and the Wardrobe

The adventures start when the youngest child, Lucy, visits Narnia via the wardrobe that was kept hidden in a spare room. The other children then join the youngest one on her third visit, validating her stories. The story soon follows the four siblings adventuring both to save Narnia and their lives, and to fulfil an old prophecy. The book is simply impossible to put down and will take you on an unforgettable journey to a mystical land beautifully crafted in Lewis’ imagination. 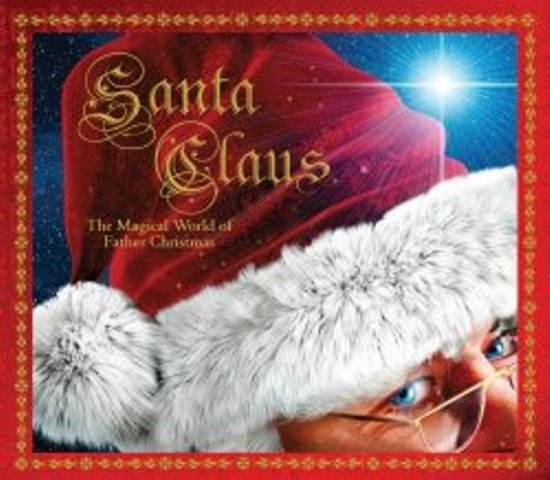 Well, this book will answer all of your questions. Santa Claus takes you on a lavish tour of what happens behind the scenes in the magical world of the jolly old man. Learn all about the history, the mystery, and the magic; learn about the garments, the creatures, and the gadgets that make Christmas possible. The captive colors and detail will win the hearts of children and adults alike as they gobble up all the information about Santa, his helping elves, the majestic reindeer, and much more!

6. The Nutcracker and the Mouseking

A timeless classic written by E. T. A. Hoffmann in 1816, The Nutcracker and the Mouseking is the story of a nutcracker, the favorite Christmas toy of a young girl named Marie Stahlbaum. The story tells us about the adventures of the nutcracker as it comes alive and defeats the evil Mouse King in a battle. 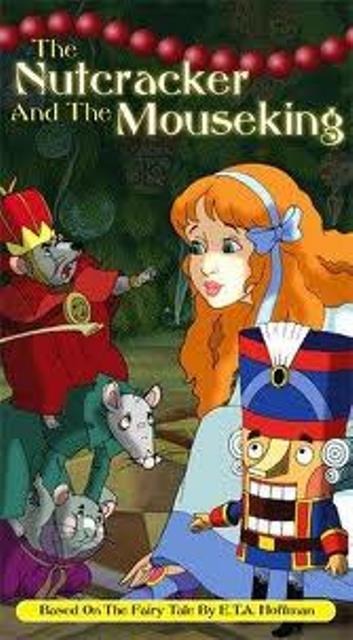 The Nutcracker and the Mouseking

Marie is then whisked away by the Nutcracker to a magical kingdom of dolls, where she is crowned the queen. Marie eventually marries the nutcracker in that magical kingdom and lives happily ever after. Now that’s an absolutely enchanting tale, isn’t it?

7. The Nightmare Before Christmas

The Nightmare Before Christmas is a story that puts a scary twist on the holiday. Based on the popular movie by Tim Burton, it’s the story of Jack Skellington, who strives to make every Halloween spooky and fun. But after one successful Halloween night, other celebrations start to catch his attention. 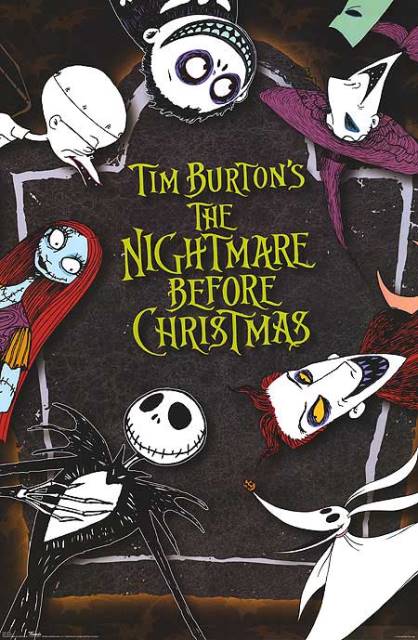 The Nightmare Before Christmas

When he discovers the magic of Christmas and learns about Santa Claus and the presents and the beautifully decorated trees, he plans a Christmas of his own in his own style. With plenty of freakish presents and a skeleton dressed as Santa Claus, Christmas is going to be spooky this year!

8. The Christmas Miracle of Jonathan Toomey

Written by Susan Wojciechowski and illustrated by P.J. Lynch, The Christmas Miracle of Jonathan Toomey is a classic Christmas children’s book that is a wonderful choice for the holiday season. The story tells of woodcarver Jonathan Toomey, who is the best at his job in town, but he has a sad past unknown to everyone. 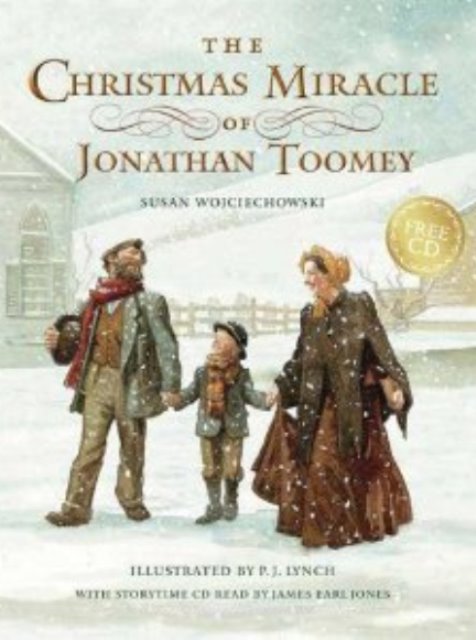 The Christmas Miracle of Jonathan Toomey

When a special request comes his way one year, it changes his life forever. The truly opulent illustrations and the rich colors of the book set the tone of the story, and the realism of it all will make both parents and kids fall in love with the tale. It’s a heart-warming story with a magical ending.

The Gift of the Magi is a short story about how a young married couple deals with the challenges of buying secret Christmas gifts for each other despite having very little money. On Christmas Eve, a very broke Della had only one decent way of raising cash to buy a gift for her husband Jim – by chopping off and selling her beautiful locks. 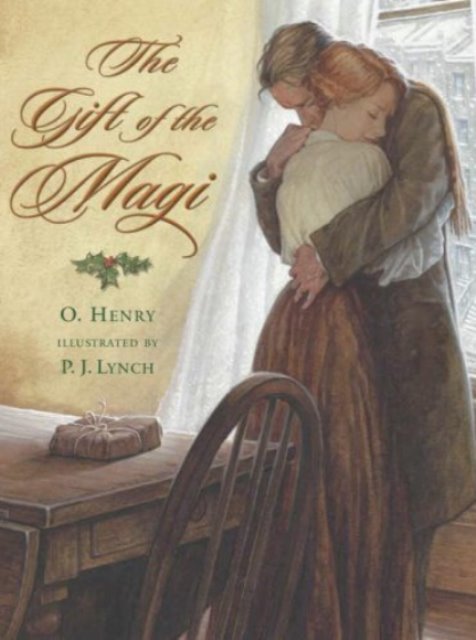 The Gift of the Magi

Freshly shorn, she spends lavishly on a fancy watch chain for her husband. But to her surprise, an equally cash-strapped Jim had sold off his favourite timepiece to buy her a gift. Written by O. Henry, William Sydney Porter’s pen name, The Gift of the Magi is a sentimental story with a moral lesson about gift-giving. The story is well-known for its “twist ending” of comic irony.

10. The Best Christmas Pageant Ever

Written by Barbara Robinson in 1971 and first published in McCall’s magazine, The Best Christmas Pageant Ever is the story of the six awful Herdman children – Ralph,  Claude, Leroy, Ollie, Imogene, and Gladys. They lie, they steal, they smoke cigars, they swear, and they even hit little kids. 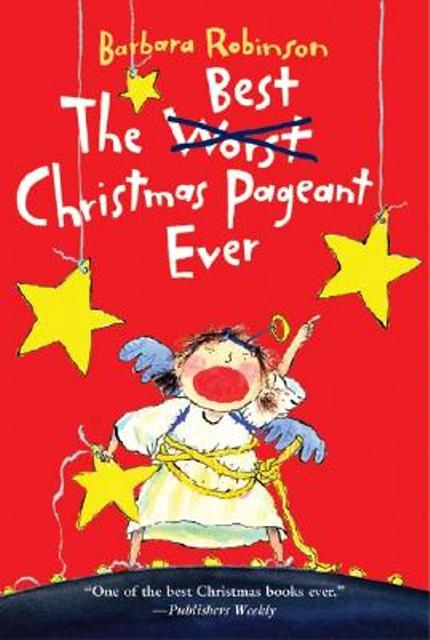 The Best Christmas Pageant Ever

When the Herdmans went to the church for the free snacks offered by the church and decide to take over the annual Christmas pageant, no one was prepared. Despite several objections, they were given roles in the Sunday School Christmas play, in which they tell the story of Christmas in a completely unconventional way.

If we’ve left out any other books for Christmas, let us know in the comments below!