You’ve come out of a relationship recently, and your ex is none too happy with your these days, for whatever reason(s). No matter how your ex feels about you, there’s always going to be a touch of awkwardness that’s going to make you uncomfortable when you’re dealing with them. This situation exacerbates when they absolutely hate you. While it can be hard to stomach the fact that your ex hates you, it’s easy to understand why – they once had strong positive feelings towards you, and once the relationship goes sour, those same strong positive feelings can turn strong negative ones.

This hate that your ex harbors towards you might be irrational or uncalled for, because you may not have done anything to warrant such passionate hate. It might simply have to do with how things panned out, or them taking out their frustration over the whole episode on you, or because you broke up with them, or even because they had built up too many dreams around the relationship that it’s hard for them to see it end.

Suggested read: 10 practical things you can do when you miss your ex something crazy

Do you know what’s worse than actually hating someone? Dealing with someone who hates you. This is especially wearying when it’s an ex. Hate is such an intense emotion, that you’re left wondering how someone you once cared for could possibly hate you that much. Not only will it hurt you, it’s difficult to endure as well.

If you’re thinking: My ex hates me. How do I get past their hatred and rage?, you need equip yourself to deal with it. Here they are:

1. Try to be empathetic.

Yes, even though you’re thinking, my ex hates me, but I should empathize with them?, it is what you need to do. There’s nothing worse than hating someone who just doesn’t care. Counterproductively, that just makes them hate you more. So try to see their perspective and see why they might hate you. Do you think their hate towards you is justified? Do you think you deserve it?

This not only helps you see things from their viewpoint and understand their rage and hatred, it will also help you get through it. You’ll understand what they’re going through, their pain, hurt, and grief that they hide behind their hatred of you.

2. Contemplate your part in it. 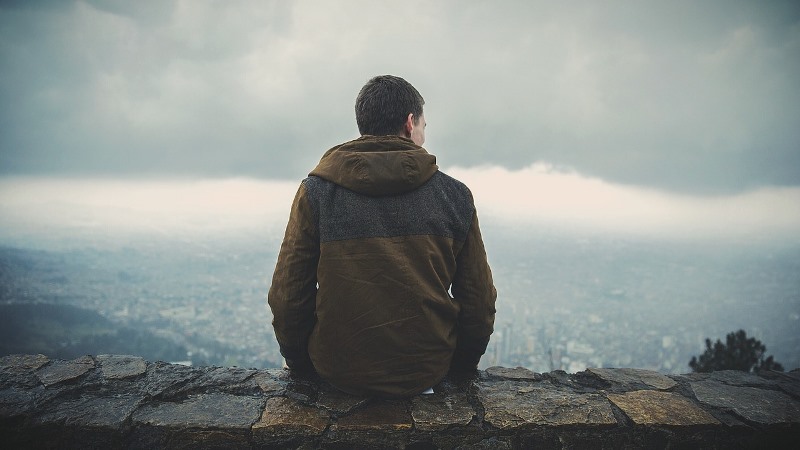 Be brutally honest with yourself. Did you do something really wrong to contribute to the breakup? What might have caused them hate you so much? The breakup might not be random or without reason. Did you cheat on them? Did you lie to them about something important, that would have had a profound impact on your relationship? Hurt them in some way that was a huge blow to their self-esteem and/or ego?

Do you deserve their hatred, but you’re unwilling to admit it to yourself? Is their hatred justified? Sometimes it might be something you did unconsciously, and not even know that it hurt them that badly. When you introspect and contemplate, is when the real, hidden reason comes out into the open.

Once you contemplate your part in causing the hatred of you, you need to acknowledge the same to them. You need to (wo)man up and own up to your mistakes if you are, indeed, the cause of their hatred. They will appreciate your effort in making amends, and your acknowledgement that you messed up. It will also help calm them down, giving them that much-needed relationship closure.

Whatever you do, don’t fan their fire of rage. That’s just cruel. They’re already swimming in hatred of you, an intense negative emotion, at the mere thought of you. The last thing they need is for you to make them angrier. This includes not poking fun at them, not bringing up past, good memories, not doing anything that might set them off, really.

5. Avoid them if possible.

You and your ex might share a few things in common even after the breakup, say a coffee place where you both buy your morning cup of joe, or the laundry place, or even your favorite bookstore. When your ex is swimming in hatred of you, it’s better if you stay out of their line of sight – better for you and them. Since you know their schedule fairly well, avoid bumping into them – in fact, avoid them for a few weeks straight.

Seeing you will only make things worse by reminding them of their hatred towards you. It might even happen that you’d have to be at the receiving end of their hate, by blowing a gasket in public. That’s one scene you’d do well to avoid – at any cost. You just don’t need the hurt and embarrassment such a public scene is sure to cause.

Suggested read: 10 legitimate reasons for you to miss your ex even after a long time

However much you try to avoid having contact with your ex, it might inevitably happen. When it does, don’t bring up any sensitive topics that might set them off. Keep things simple and to the point. This will help you get past their rage by avoiding touchy topics, and also possibly avoiding a public confrontation.

7. Avoid getting riled up yourself. 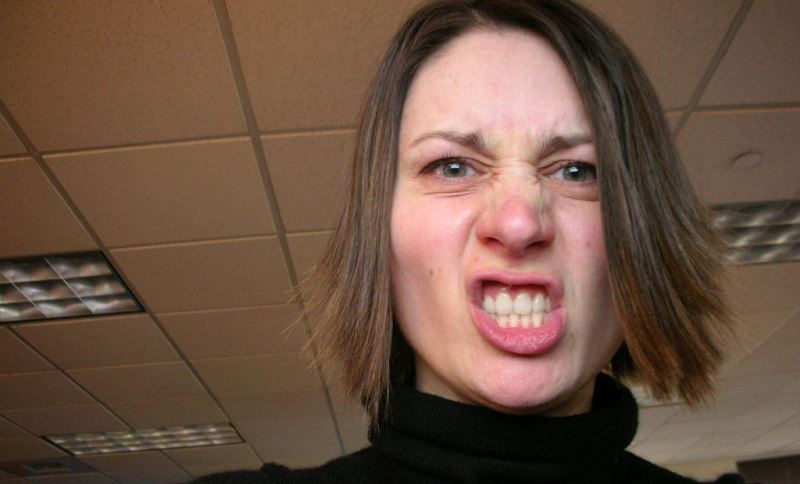 When someone (your ex, for example) is being mean and directing their hatred towards you, it’s easy to get sucked into that rage-filled vortex. Don’t let their hatred rub off on you. Don’t get mad just because they’re mad. Remember, violence begets violence, and it’s true for hate as well. When a person hates you, they want to see you suffer, just like they are.

So the best thing to do in such a situation is not to lose your cool. Just keep reminding yourself that they’re not their usual selves, that they’re hurting and in pain, and that they’re not thinking straight. Another thing you need to keep note of is that most people don’t mean everything they say when they’re fueled by anger and rage. So don’t take their words too seriously. 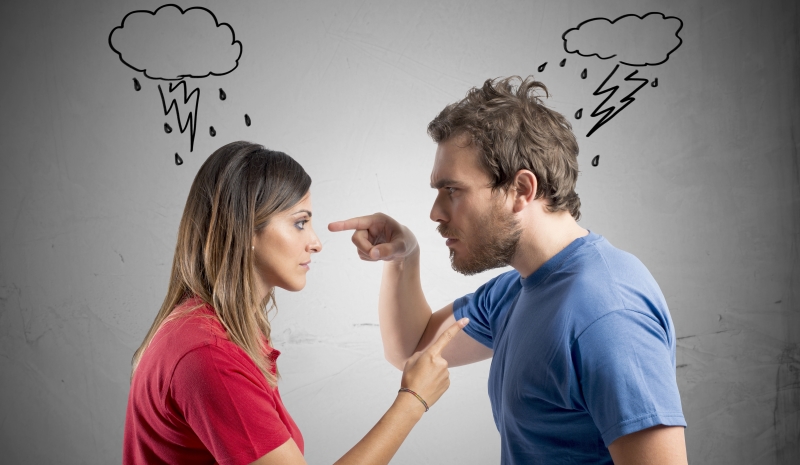 This is an extension of the previous point, really. You cannot get riled up yourself, nor can you start calling them mean or hateful names, just because they’re doing it. What is this, kindergarten?! You may be really mad at them for their vitriol and hatred of you, and it might even feel good to let loose a few choice expletives. But resist the temptation, because all it will end up accomplishing is to give them another reason to hate you. Oh, and you’re most probably going to end up regretting your outburst once you’ve calmed down. So it’s just not worth it.

9. Be the bigger person.

Being the bigger person means you need to own up to your mistakes, while ignoring their hatred, outbursts caused by their hate, and the vitriol that they will surely spew once they’ve let their hatred take over their senses. Sure, their hate (which may or may not be justified), their anger, their vitriol – all of them are bound to upset you. But don’t let it.

They might even resort to being mean to you, or insult you. You have to let that go, by developing a thicker skin. What you need to let it go is to realize that they’re in pain, that they’re not their usual, rational selves. That spewing their hatred at you might make them feel better, at least marginally.

Also, you can’t control how another individual reacts to something. What you can do, is control how you react to it. If you choose to let it go, then there’s nothing like it.

One of the biggest things that spawns hate in an ex is not getting relationship closure. To them, it might seem like they were hit with the breakup from the left field, something totally unexpected. They might still be reeling from the aftereffects of the breakup, not knowing exactly what went wrong and where. You need to provide them closure, and stat.

As mentioned above, they’re masking their hurt and pain and loss behind their hatred. It may be that they’re also hiding the pain of rejection, not exactly knowing why you broke up with them in the first place. Giving them closure so that they’ll know that it just wasn’t meant to be. It might help in reducing the intensity of their hatred of you, in turn helping ease you out of the breakup vortex you seem to have been caught up in.

Suggested read: 12 things you must NEVER say to your ex if you want to keep things cordial

This doesn’t mean you both will forget the whole thing and become chummy best friends. No. it means you should make an effort to work out your differences, so that there can be some peace between the two of you. Even an uneasy peace/truce will be welcome, after the bad episode, right? So apologize, make peace, and do whatever you think would ease their hatred of you, so that you can move on with your lives.

Ignoring hate, an intense emotion, can be difficult. So if you’re thinking, my ex hates me, what do I do, this post will definitely help you navigate their rage and make peace with an uneasy situation.