The last week of April is here, and we are planning to celebrate it with the poetry of some of the best modern poets for #NaPoWriMo.

Today, we have compiled a list of 7 of the best poems by Steve Kowit. This, however, isn’t an exclusive list, but just a list of our favorites.

A noun’s a thing. A verb’s the thing it does.

An adjective is what describes the noun.
In “The can of beets is filled with purple fuzz”

of and with are prepositions. The’s
an article, a can’s a noun,
a noun’s a thing. A verb’s the thing it does.

A can can roll – or not. What isn’t was
or might be, might meaning not yet known.
“Our can of beets is filled with purple fuzz”

is present tense. While words like our and us
are pronouns – i.e. it is moldy, they are icky brown.
A noun’s a thing; a verb’s the thing it does.

Is is a helping verb. It helps because
filled isn’t a full verb. Can’s what our owns
in “Our can of beets is filled with purple fuzz.”

See? There’s almost nothing to it. Just
memorize these rules…or write them down!
A noun’s a thing, a verb’s the thing it does.
The can of beets is filled with purple fuzz.

This evening, the sturdy Levi’s
I wore every day for over a year
& which seemed to the end
in perfect condition,
suddenly tore.
How or why I don’t know,
but there it was: a big rip at the crotch.
A month ago my friend Nick
walked off a racquetball court,
showered,
got into this street clothes,
& halfway home collapsed & died.
Take heed, you who read this,
& drop to your knees now & again
like the poet Christopher Smart,
& kiss the earth & be joyful,
& make much of your time,
& be kindly to everyone,
even to those who do not deserve it.
For although you may not believe
it will happen,
you too will one day be gone,
I, whose Levi’s ripped at the crotch
for no reason,
assure you that such is the case.
Pass it on.

Now that I’ve unplugged the phone,
no one can reach me–
At least for this one afternoon
they will have to get by without my advice
or opinion.
Now nobody else is going to call
& ask in a tentative voice
if I haven’t yet heard that she’s dead,
that woman I once loved–
nothing but ashes scattered over a city
that barely itself any longer exists.
Yes, thank you, I’ve heard.
It had been too lovely a morning.
That in itself should have warned me.
The sun lit up the tangerines
& the blazing poinsettias
like so many candles.
For one afternoon they will have to forgive me.
I am busy watching things happen again
that happened a long time ago.
as I lean back in Josephine’s lawnchair
under a sky of incredible blue,
broken–if that is the word for it–
by a few billowing clouds,
all white & unspeakably lovely,
drifting out of one nothingness into another.

I am translating a poem by Domingo Alfonso
called Crossing the River.
When I lift my head from the page it is night.
I walk thru the rooms aware of the shapes
that loom in the silence.
In the bedroom Mary has fallen asleep.
I stand in the doorway & watch her breathing
& wonder what it will be like
when one of us dies.
In 8 years
we have not been apart for more than a few days.
The cat drops to my feet & sashays past me.
I open the side door. Outside
there is no sound whatsoever. If things
call to each other at this hour of night
I do not hear them. Vega alone
gleams overhead, thousands of light years
off in the region of Lyra.
The great harp is still.

A young man, told to die for his country,
politely declines,
preferring, he mutters, to suck his toes
in his own room.
The civil guard, delighted to practice,
take him outside & shoot him.
His hat blows over the wall.
A piece of his head is found in the brush
centuries later
by entomologists looking for beetles.
Scrubbed down at the local museum
it is stuffed in a jar & labeled:
fragment of ancient skull
culture unknown
But not a word about the fate of his calico,
or the anguish of his father,
or the whereabouts of his hat.

Years ago we owned two cats who hated each other.
When I said we had better give one away
you wouldn’t hear of it— you
were adamant, outraged …
relenting only weeks later when it was clear
they were going to tear each other to shreds.
I remember the speech you made:
if it came to that we would give away Sluggo,
our loveable calico,
who could purr his way into anyone’s heart.
For in less tolerant hands, Mphahlele,
our difficult, misanthropic gray
might be abused, or abandoned … or worse— whereas
if he lived with us he would be loved always.
& of course you were right,
tho God knows you have paid dearly
for a compassion as absolute
& unyielding
as the copper sheet of the Mexican sky
rising each morning over that house
high in the hills of Chiapas
that you loved so
with its eleven rooms,
those great hanging bells of datura,
that courtyard, tangle
of wild vines
that you would never let me weed
to begin a garden,
insisting in that quiet way of yours
that every creature
had as much right to live as we had,
& that it was a garden.

In a downtown San Jose hotel,
exhausted & uptight & almost broke,
we blew 16 colones & got stewed on rum.
You lounged in bed
reading Hermelinda Linda comics
while I stumbled drunk around the room
complaining
& reciting poems out of an old anthology.
I read that Easter elegy of Yeats’
which moved you,
bringing back that friend of yours,
Bob Fishman, who was dead.
You wept. I felt terrible.
We killed the bottle, made a blithered
kind of love & fell asleep.
Out in the Costa Rican night
the weasels of the dark held a fiesta
celebrating our safe arrival in their city
& our sound sleep.
We found our Ford Econoline next
morning where we’d left it,
on a side street, but ripped
apart like a piñata,
like a tortured bird, wing
window busted in, a door
sprung open on its pins like an astonished beak.
Beloved, everything we lost— our old blues
tapes, the telephoto lens, the Mayan priest,
that ancient Royal Portable I loved,
awoke me to how tentative & delicate
& brief & precious it all is, & was
for that a sort of aphrodisiac— tho bitter
to swallow. That evening,
drunk on loss, I loved you
wildly, with a crazy passion, knowing
as I did, at last, the secret
of your own quietly voluptuous heart— you
who have loved always with a desperation
born as much of sorrow as of lust,
being, I suppose, at once unluckier,
& that much wiser to begin with.

This is all we have on today’s post on the Best Poems by Steve Kowit. This is, however, not an exhaustive list, and if we have missed out on some of your favorites, then please feel free to add them in the comment section below. 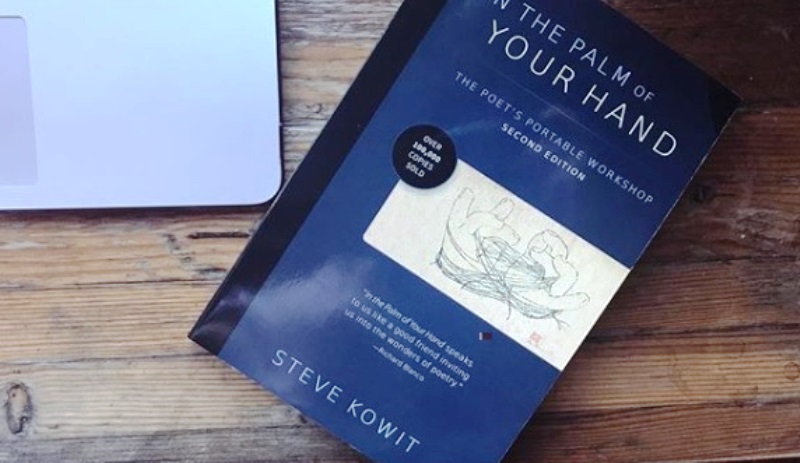 Article Name
#NaPoWriMo Best Poems By Steve Kowit
Author
Riya Roy
Description
Today, we have compiled a list of 7 of the best poems by Steve Kowit. This, however, isn’t an exclusive list, but just a list of our favorites.