Why This Guy’s Letter To All Men About Menstruation Is The Best Thing You’ll Read Today!

Yes, I am a woman, and I menstruate once a month for about three to five days. Wow. I think this is one of a handful of times that I’ve admitted that generic-seeming statement to myself. I come from a fairly traditional family, and it’s still taboo and a strict no-no to talk about menstruating in front of the male members of our family. It’s a natural bodily process, and it happens once a month. Plus, without this important bodily function, there wouldn’t be any more humans on this planet! It’s that important.

Why the stigma? Why the shame? Why is the girl made to feel ashamed of a natural bodily function? It’s not as if she becomes afflicted with a communicable disease once a month, and merely talking about it will make everyone around her sick! How ludicrous! 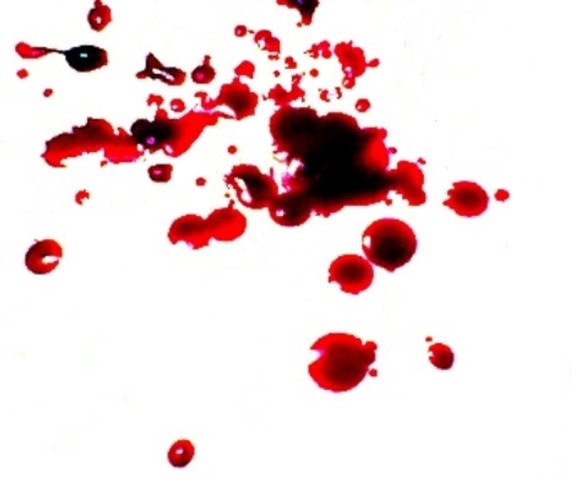 And this stigma, this shame, is ingrained when she first reaches puberty, and becomes a woman’s constant companion – sometimes throughout her life.

Talking about the ludicrousness of this stigma associated with menstruation, its open discussion, and acceptance in our society, Nived Nambiar, a Biotech graduate, has written an article that succinctly explains why it shouldn’t be so.

He starts off with the mystery surrounding little boys and girls segregated during his school days, and also touches upon the fact that as punishment, boys were made to sit next to a girl, and vice versa. This ‘punishment’ was part of the school’s ‘responsibility’ of ingraining in the impressionable minds of the young boys and girls that the two sexes should not and cannot mingle. Nambiar writes, “This, I believe, was where the inception of awkward social skills took place.”

How right he is! Many adult men and women find it difficult to talk to the opposite gender, let alone have healthy relationships. Of course, we’ve come a long way since those days of segregation of girls and boys in classrooms, but that social awkwardness has lingered on. Something as simple as coming up to a woman and saying ‘hi,’ is filled with trepidation, apprehension, and dread. If this is the case, then how can they talk about menstruation in an open and honest way?

Nambiar goes on to write,

“Girls would often take leave from school and later in college for even two to five days at a stretch and when asked why they were away, they would get away by either saying they were ‘not well’ or ‘had to go out.’ Believe me, I was still perplexed.”

I think some women still use these as excuses instead of just coming right out and saying that they’re experiencing menstrual cramps or having a heavy flow day. I’m one of those women. After all the hush hush surrounding the talk about menstruation when I first got my period, the belief that we shouldn’t discuss it with any male member of the family, let alone guy friends or classmates was totally out of the question. And I don’t do it even today.

Nambiar goes on to explain what exactly happens during menstruation, and writes, “I didn’t find it strange at all, yet I wasn’t able to fathom why it was kept a secret for so long!” Beats me too, Nived, beats me too!

He went on to find out everything there is to know about menstruation and the pain that some women go through during those three to five days by surfing the Internet. However, that is not all he found to his horror. He also stumbled upon the numerous taboos and myths surrounding the natural bodily process that is menstruation.

Nambiar writes that the excuses that girls and women give in lieu of explaining what is actually happening, is because they have been given the impression that boys and men would make fun of their period because they wouldn’t understand. I think there’s more to the issue than just not understanding and making fun. The potent fear that I, as a woman, carry is that when I talk about it openly, it would garner disgust or worse, revulsion from the man. And I think it’s safe to assume that many women share my fear in this.

“Even till this date, we are not allowed to read about it, openly speak about it and most importantly, we never get properly educated about it. if apprehension over such an important issue continues, how can we prepare our kids to understand their own bodies in the future?”

“Why scare the daylights off of a girl’s impressionable mind concerning periods, when she is supposed to be made comfortable and accepting of it? The more stressed out she is, the more affected she will be physically, because psychology always affects physiology.”

We women need to learn to accept menstruation as a huge part of being a woman, and learn to talk about it openly and honestly. I agree with Nived – if we don’t accept it ourselves, what will we teach our kids? To follow in our footsteps? Definitely not!

Signing off on a positive note, Nived notes,

“Last but not the least, shed the shame and purchase sanitary napkins, tampons or menstrual cups for your beloved women and girls. Also, educate yourself and others about it.”

We wish more and more men accept menstruation as part of woman – as integral as her having breasts, and encourage them to accept the fact that there is NO shame in talking about menstruation.

Thank you, Nived Nambiar! May your ilk grow day by day!

Read the full letter at Menstrupedia.