The words ‘marriage proposal’, brings a host of ideas to mind. Hiding the ring in a piece of chocolate cake, or putting the ring in a glass of bubbly, or a custom crossword, solving which pops the question, or making a radio announcement, or going on one knee in a public place, or planning an elaborate proposal themed after a movie, or a clichéd announcement at a sporting event a la Martina Navratilova. So many things could go wrong at these supposedly happy moments – your would-be fiancée could choke on the ring from the chocolate cake or the bubbly, the radio announcement might be cut off midway, your partner is so overwhelmed by the gesture that she faints. Hey, all of these are probable.

But can you imagine using a baby to ask his mother the question? Surprised?

Well, that is what an Australian man has done.

Paudie Kelleher and Lisa Keogh welcomed their little bundle of joy, Conan Patrick Kelleher, weighing 9 pounds and 7 ounces, on September 5th at a Sydney hospital. But Paudie decided to make his son’s birth a double celebration. After the baby was washed, Paudie put on a custom-made onesie on his newborn son with the all-important question emblazoned across the cute kid’s torso: “Will you marry my daddy?” 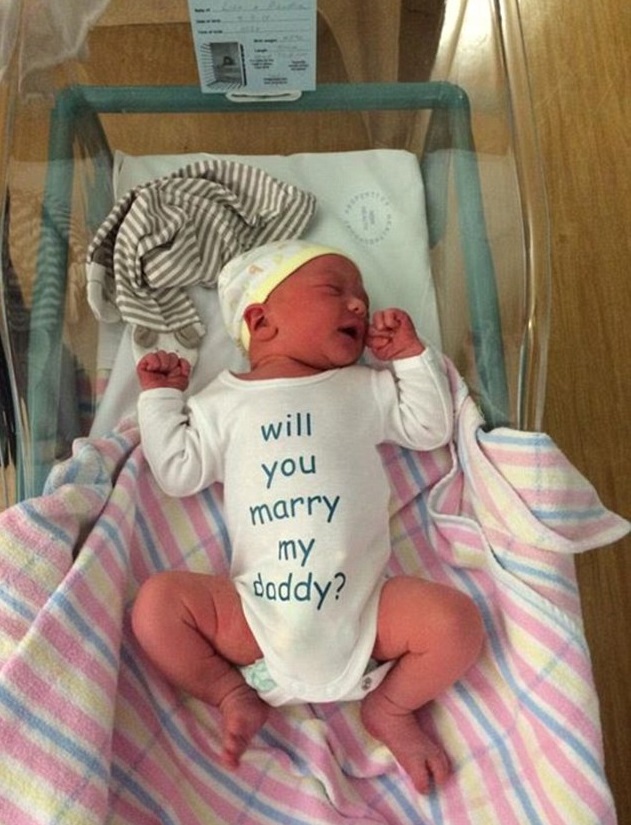 Little Conan Patrick Kelleher sporting the onesie with the question ‘Will you marry my daddy?’

And when the baby boy was taken back to his mother, an obviously ecstatic Lisa said YES.

Lisa took to Facebook to share this unique marriage proposal that she received from Paudie along with the adorable kid’s picture sporting the onesie.

Along with a picture of her son Conan, Lisa wrote, ‘What an amazing day gave birth to our beautiful baby boy Conan Patrick Kelleher 9lbs & 7oz & to top it all of Paudie proposed happiest day of my life.’ 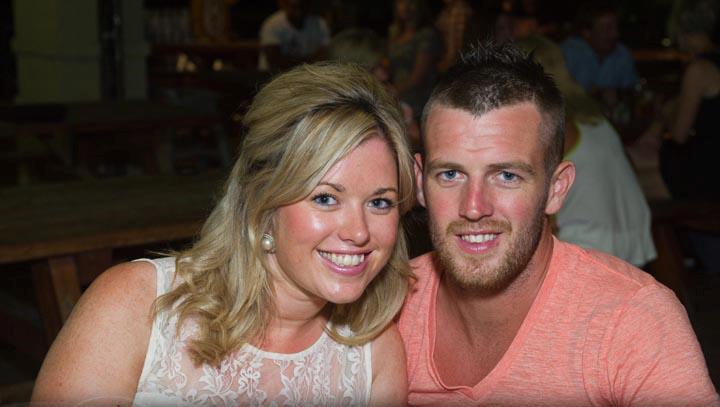 The couple is originally from Ireland, but are currently calling Australia their home.

Our best wishes to the new parents and congratulations on their impending nuptials!