Selfishness In Relationships: 15 Tips To Know If You’re Being Selfish

The word ‘selfish’ is probably not such a bad word after all, because by and large everyone is selfish in some way. As human beings, this is an inherent quality and we often become so busy being selfish that we fail to notice it, thus ignoring everything else that doesn’t concern us.

1. It’s your way or the highway

Let’s assume that you are in a relationship and every decision that is made in this relationship ends up in your favor. So, you are constantly creating a win-win situation (in your mind) but then, more often than not you are the only person winning anything in the entire relationship. You never take ‘no’ for an answer and compel your partner to give into your idea of things. Sound familiar? If your answer is a guilt-ridden yes, then you are leading the score of selfishness in relationships.

2. Your partner is submissive in nature

Whether it is a movie, choice of restaurant, or buying utensils, your partner never has a say in the matter and decides to go with whatever you choose. They oblige to everything that you say or do. Don’t mistake their submissive behavior to being accommodating. They probably are being crushed by your selfish ways and aren’t able to confront you for fear of losing you, so they choose to put up with it instead.

If there’s one thing you hate, it is losing. Whether it’s an argument or a race, you will not settle for anything less than to have the upper hand at all times in all matters concerning your relationship. Selfishness in relationships arises when you refuse to accept your faults and always want to win everything. You get flustered easily when you know that you are going to lose because that’s what makes you a selfish person, a person that puts their need to win over anything and anyone else.

4. You don’t know your partner’s likes, tastes, and preferences

Sometime back, a friend wanted to buy her boyfriend a birthday present. Even though they had been dating each other for almost a year, when we went gift shopping, she had no clue about what he liked or didn’t. Now that baffled me, because after a year you should have a good idea about your partner’s preferences. And if you’re being selfish, you won’t even bother to know your partner’s preferences, let alone accommodate them.

In a fit of rage, both you and your partner exchanged harsh words, yet you have no remorse and you don’t care about how they feel soon after. That’s mainly because all you ever care for is your own happiness (which at times is a good thing), completely ignoring how the other person feels after the drama is over. One of the most difficult things for you is to own up to your mistakes.

6. Admitting your fault is the most difficult thing to do

Yeah, it’s never your fault because you are always right. It’s nearly impossible for you to admit that you could have done anything wrong. It just doesn’t occur to you that at times you could be at fault too, and admitting it is probably an arduous task. So, in short, you almost never apologize.

In a conflict, instead of resolving the fight, you choose to leave it as is and walk out harboring all the ill-feelings there is to it. Over time, you have harbored so much within yourself that you are indifferent and indignant to the person involved. That sums up our list of being selfish in a relationship.

Suggested read: 20 surefire signs your relationship is moving too fast

You may be wondering how this quality makes you selfish. After you have harbored all the bitterness, you wait to strike back without even considering if your action will cause damage to your relationship. Ultimately, you don’t care much for the consequences and the after-effects on your relationship but want revenge. 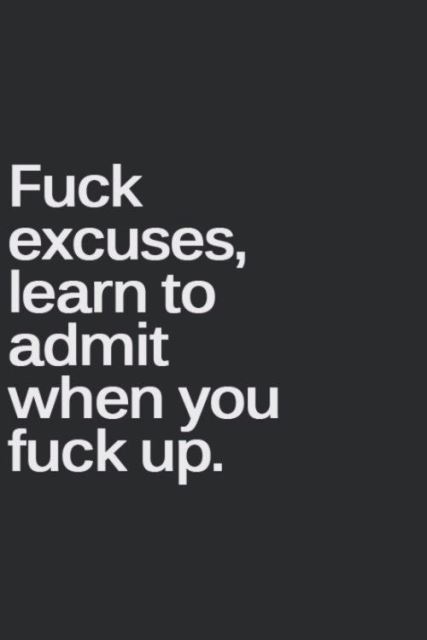 For this very reason, you will never give into anything whatsoever. The most common relationship advice you would often hear is to lose that ego because it never did anyone any good! You seldom let anything come between your pride and ego, let alone a relationship.

10. Everything begins and concludes with you

In any given scenario, the only person you are worried for is you. You have trouble thinking of anything apart from yourself. Your fear of being interpreted a certain way is far greater than your ability to adapt.

We often come across such couples and sometimes we ourselves are one of them. You may have noticed how sometimes a couple is constantly at each other’s throats to prove that they know better than the other person. They go to extreme lengths to ridicule, humiliate, and put down the other person. When you consider yourself superior to the other person, you tend to discount them and their feelings. Your selfishness is seen vividly when you do so.

This could be the limelight, credit for something, or even food! There is no “we” in your dictionary, you only go by “I” and your every sentence begins with “I did this,” or “I like that.” You barely seem to care about how you come off and you want to ensure that you are responsible for every good thing that there is in your relationship.

Well, this also proves that you are impatient along with being selfish because it doesn’t take you too much time to make up your mind about something. You have made up your mind at the drop of a hat! You will not wait to listen and make a conscious choice, but will hurriedly draw conclusions with limited information.

We’d like to play devil’s advocate on this one, because at times, it’s crucial to have a Plan B, but sometimes in a committed relationship this can mean a breach of trust! When you don’t care about others but have made alternate plans to get out of any situation, you are being selfish.

If you are known to be an arrogant and difficult person, you may want to consider changing yourself for the betterment of yourself and the society at large. But the changes have to come from within you first!

While we believe that a certain degree of selfishness is healthy for any relationship, you must be wary of the fact that selfishness in relationships can be threatening and cause irreversible damage! This varies based on each relationship. It is in our innate nature to be selfish, but going overboard with it can be suffocating for the other person too. Therefore, the right thing to do is to reflect on your actions because like we mentioned earlier, most people don’t realize that they are being overly selfish in a relationship. 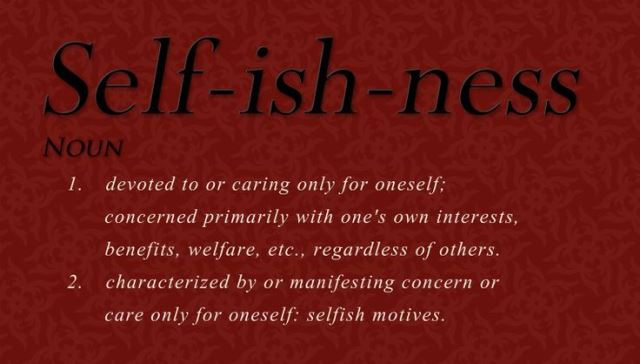 Article Name
Selfishness In Relationships: 15 Tips To Know If You're Being Selfish
Author
Steffi D'Souza
Description
Selfishness in relationships is to kept to a minimum if you want a healthy and happy relationship. With these pointers, know if you're being selfish.