Story of “The 9 Nanas” Who Kept Their Grand Mission To Help The Poor, Secret For 3 Decades!

For over 30 years, 9 women, who call themselves “The 9 Nanas”, kept a baking operation secret to the extent that even their husbands weren’t aware of it! The Nanas have been whipping pound cakes, behind closed doors, and delivering it to hundreds of people in the middle of the night! But before anybody can see them, they slip right back into their ordinary lives in West Tennessee.

A secret crew of 9 women begin their daily ritual at 4 a.m. to fulfill a grand mission of creating happiness in the lives of the needy. And isn’t cake the answer, no matter the question?!

Suggested read: Happiness is a choice – You need to make it every day

Nana Mary Ellen, the ‘agreed’ spokesperson of the secret 9, explained to The Huffington Post, their ‘operation’ in an interview,

“One of us starts sifting the flour and another washing the eggs. And someone else makes sure the pans are all, ready. We switch off, depending on what we feel like doing that day.”

With a wink and chuckle, she added,

“But you make sure to say Nana Pearl is in charge, because she’s the oldest!”

From 4 a.m. to 7 a.m. they put their grand idea into action, whipping up pound cakes for those in need. But can anybody catch a sight of them? Hell, no! Before someone even notices them, these super women vanish into their everyday lives. The blissful flavor of vanilla, lemon and lime, dawdle in the air around as the only traces of these lovely messiahs.

The hundreds of pound cake packages are delivered by a UPS driver, who too, has no clue about this mission of, otherwise ordinary looking women, between the ages of 57 to 75. He has not the faintest idea that he is a part of this marvelous master plan; a plan that kicked off almost 40 years ago. On one fine day, when these 9 women gathered for their weekly card game, which their husbands had dubbed “Broads and Bridge”, they decided that they were going to do something, something different, to help those in need. The UPS driver is oblivious of all this, and just for a warm hug and a bag brimming with special treats, he delivers the packages for these women.

Teasing Pearl, one of the 9 nanas, Mary Ellen mused a little over how the plan came into being. She said,

“Pearl says it was all her idea, but as I remember it, we were sitting around reminiscing about MaMaw and PaPaw and all the different ways they would lend a hand in the community.”

When Pearl’s parents needed some support, MaMaw and PaPaw took her in, as their own. The grandparents, who were already raising four of the “nanas” (Mary Ellen, too) when their mother passed away, decided to look after Pearl too.

“MaMaw Ruth would read in the paper that someone had died, and she’d send off one of her special pound cakes. She didn’t have to know the family. She just wanted to put a little smile on their faces. And we started thinking about what we could do to make a difference like that. What if we had a million dollars? How would we spend it?”

“One of the sisters suggested that we should all start doing our own laundry and put the money we saved to good use. I admit, I protested at first. There’s just something about laundering that I don’t like. But I was outnumbered! So among the nine of us, we’d put aside about $400 a month and our husbands never noticed a thing. Their shirts looked just fine.”

How do find out who is in need? Listening is the best form of detecting, right? So the women started doing just that! The Nanas would nose round other people’s conversations, all with noble intents, of course! At the food mart while picking up grocery or, when getting a haircut at the local parlor, they would keep their observer’s cap on. And as soon as they heard anything about someone who could do with a little help, they would get involved. Incognito, they would pay for the family’s utility bill or, send clothes for the children.

The #The9nanas wake before dawn to perform secret acts of care for people in need. This is their mission of care and it all started with baking. Read their inspiring story at Bit.ly/the9nanas. #ShareKleenexCare #KleenexMoment #ActsofKindess

“We wanted to help as much as we could, without taking away from our own families, so we became coupon clippers. And we’d use green stamps. Remember those? We’d use green stamps and we’d make sure to go to Goldsmith’s department store on Wednesdays. Every week they’d have a big sale and you could spend $100 and walk away with $700 worth of merchandise.”

The 9 nanas, then, inquired about where the person in need of happiness and love, lived, and following that, sent them a package with an attached note that read, “Somebody loves you.”  Apart from the note, another common item in the packages was MaMaw Ruth’s exclusive pound cake.

As the number of people they helped grew, they became bolder in their mission.

“We gave new meaning to the term drive-by. We’d drive through low-income neighborhoods and look for homes that had fans in the window. That told us that the people who lived there didn’t have air-conditioning. Or we’d see that there were no lights on at night, which meant there was a good chance their utilities had been turned off. Then we’d return before the sun came up, like cat burglars, and drop off a little care package,” Mary Ellen said.

For over 30 years, these women kept their good endeavors under wraps. But 8 years ago, Mary Ellen’s husband, “Southern Charmer” as she has adoringly nicknamed him, smelled something strange. He noticed that there was extra mileage on their car, and generous amounts of dollars were being withdrawn from the couple’s savings account.

“He brought out bank statements and they were highlighted. I tried to explain that I had bought some things, but he had this look on his face that I’d never seen before — and I realized what he must have been thinking. I called the sisters and said, ‘You all need to get over here right away.’”

So 3 decades into their grand secret mission, the nine “sisters” and their men gathered in Mary Ellen’s sitting room. The Nanas came clean, and told their partners everything from the laundry and the listening in, to the drive-bys and the pound cakes. And you know what the husbands did? They offered to support the Nanas!

“They were amazed that we were doing this and even more amazed that they never knew. We can keep a good secret! All but three of them are retired now, so sometimes they come with us on our drive-bys. In our area, all you need is an address to pay someone’s utility bill, so we keep the men busy jotting down numbers.”

Soon the couples also let their children in about this mission of theirs. And as they say happiness grows when shared, the kids egged on their moms, and convinced them to sell the MaMaw Ruth Pound Cake online. This way, with the raised money, the Nanas could support more people. The plan was put into action right away, and it wasn’t long before the women were catering to more than hundred orders a day!

“The first time we saw those orders roll in, we were jumping up and down. We were so excited that we did a ring-around-the-roses! Then we called all the children and said, ‘What do we do next?’”

The 9 Nanas then, relocated their secret baking venture out of their kitchens into a commercial kitchen of one of their son’s restaurants, where they would tiptoe in before dawn, and sneak out before the restaurant crew came in. They also appointed Sunny (a code name, of course!), as their “Happiness Coordinator”. Sunny’s identity is a secret because she helps the Nanas with the ‘snooping’!

“We swore her to secrecy — her parents think she works in marketing. And, really, if you think about it, she is doing public relations and spends a lot of time looking for people to help at the supermarket!”

Courtesy their online success, the Nanas are taking on bigger projects. Three years ago, they donated 5000-dollar worth of pillows, fresh linens and personal grooming products to a home of domestic violence survivors.

Every August for the last five years, the Nanas have been celebrating the “Happiness Happens Month.” All through the month of August, the women send tokens of love and gratitude to one individual in every state of the U.S. who has, in their respective communities, made a change.

But despite being so busy, the Nanas are continuing with their little things to make life happier for others, even if by a teeny tiny measure. Today, the women just pull out the directory, and dispatch a packet of love, replete with pound cakes, to total strangers. And if they notice someone at food mart, in need of help, they start filling the stranger’s cart!

“Not everyone is as lucky as we were to have MaMaw and PaPaw to take care of them, to fix all those things that are wrong. So this is our way of giving back. We want people to know that someone out there, cares enough to do something. We want to make sure that happiness happens.”

The Nanas have set an example for all of us. They have taught us something simple, yet so poignant, that if you want to help someone, all you need is the willingness to do it. Everything else follows! NLT salutes these women, and their likes, for their devotion to humankind. 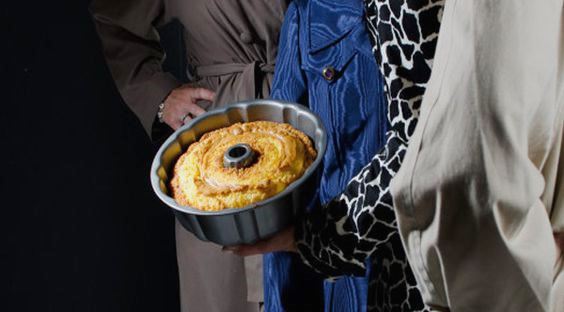 Article Name
Story Of The 9 Nanas Who Kept Their Grand Mission To Help The Poor Secret For 3 Decades!
Author
Riya Roy
Description
For 30 years, 'The 9 Nanas,' kept a mission secret: Waking up at 4 a.m. every morning to make care packages for the poor! Who said superheroes need a cape?!