Why The Sober Dating Scene Sucks

It’s already a year since I have been clean and sober (yes, go on and give me that slow clap!), and I am absolutely proud of my admirable resolution and the fact that I didn’t give in mid-way! A year ago, I was all geared up to put my habits of drinking and partying into a trunk, lock it, and chuck it in the river! But I now realize that I was in no way primed for a sober dating scene!

When folks abstain from something, they usually develop a new addiction, but a better one! In my case, it was Tinder that I resorted to. I thought sober dating could help me see whether or not I was genuinely honest about abstaining from alcohol. Do I need to tell you what a bad idea this was, or have you already figured it out?! If you are really planning on following my footsteps despite what I just said, I think I need to elaborate on why sober dating sucks, and of course, not in a sexy way!

Suggested read: 10 types of men you should think hard before dating 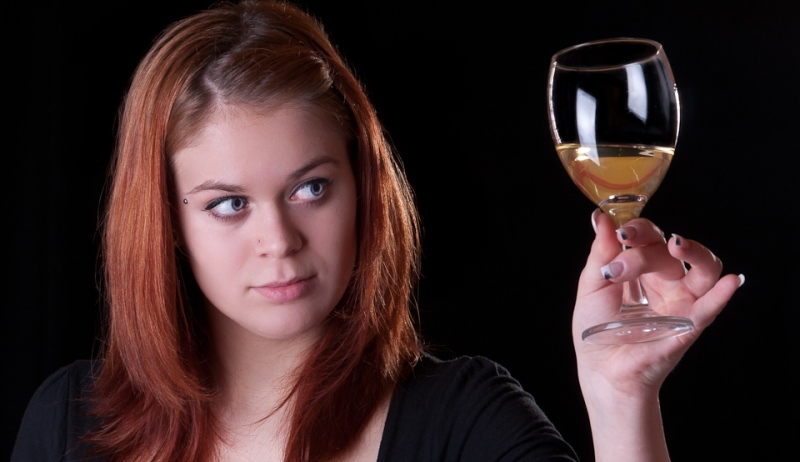 Believe it or not, online dating is a sucker for alcohol! We no longer live in a world where people would go out for dates in a row and learn about each other before unzipping their pants! Yes, online dating has opened up numerous options, but also, simultaneously, closed many. So what happens basically on Tinder is that you spend weeks in front of your machines, socializing with a herd of potential mates, until you finally pick the one that annoys you the least to go on a date. You are brimming with hope all along the cab journey to the cheap pub he’s invited you to, but obviously these wish buds are quashed within 7 seconds of meeting this person who

Now, the only thing that’s keeping you in the pub is the unsaid promise of free drinks courtesy him and a free ride back home. Few moments of shame spiraling the next day because, “how can I be so superfluous?” before you start talking to the next guy on your never-ending list of potentials on Tinder. Now imagine the whole evening (of torture) without alcohol. Get the feels? Online or offline dating for sober singles is a nightmare! It’s just two individuals ogling at one another over a table silently appreciating the fact that they’d be anywhere but here!

You have no clue who your ‘ideal match’ is!

Every single person knows their ‘type’; basically the man they don’t mind getting naked with! When you are just a beginner when it comes to sober dating, I am sure you think that you and a sober guy would make an ideal pair. However, let me tell you that there are just two kinds of sober men:

In other words, sober dating sucks.

You can remember the sex!

This is probably the most annoying aspect of sober dating that is, knowing exactly how sh*tty the sex was. All the ‘You Only Live Once’ moments will evade you because one, you can’t blame everything on your inebriated state anymore, and two, you will remember every single thing the next morning! You will remember the lack of connection, the person’s booze stink, that awkwardness, and of course, the disappointment, which will haunt you for at least a month! You will also realize that all your drunken sex too were sh*tty but you were too intoxicated to realize. This will make you feel worse and put you off one night stands forever!

So basically sober dating is not the end of romantic problems but the beginning of them, because sober dating is, well, still dating but a very dull and dreary version of it! But this article is not only about my rants against sober dating, it’s also about the fixes! So here we go!

Well, I have to start this section with some more rants too! Blimey!

So, I can’t even count the number of times I have let possible love connections slip through my fingers because I was too sloshed to care. Thus, I still think that going sober is one of the best decisions that I have taken post choosing Arts in the 11th grade! The only thing I need to do next is ginger up the sober dating scene! Below are the fixes that I came up with last weekend!

You are now stable, sober, and on the hunt. The only problem is that you have no clue where to look for your potential love connections coz pub-crawling is not on the list anymore. Where to find guys who are more than happy about your sober avatar? Ask friends about men who aren’t big drinkers; don’t Tinder but register yourself to sober-only dating services like soberseek.com, recoveringmates.com, soberkiss.com, and sobersocial.com. If a guy has a problem processing the fact that you have stopped drinking, drop him like a hot potato and move on to the next one. There are just too many options available so there’s no need to waste time on a dude who will not support your efforts to live a happy life!

So you have been seducing Mr. PussinBoots for a week now with your texts via SnookFinder.com when he says he wants to meet up. You say “yep!” “Where?” comes the dreaded question. You freeze, sneeze, cough, check your Facebook posts, and avoid Mr. Puss for a week!

Now, take a few deep breaths and log on to SnookFinder again. When a guy who is unaware of your sober status asks you where you would want to meet up, I suggest you come up with the quietest spot where booze is not available. Meeting at a café or a tea bar is a great idea!

And what if Mr. Puss doesn’t request your input and says point-blank, “Let’s meet up for drinks this Saturday?” this is the best time to tell him that you are looking for someone who is cool with sober dating. Just three magical words, and you are sorted, “I don’t drink!” No need to explain it further.

What to do once he’s ordered his drink? If you think that sipping on something would help you get your mind off the awkwardness, order a Virgin Colada or may be a glass of Diet coke or even cooler, a Ginger ale. You will feel way better than a goofball that you probably have been feeling since half an hour into the date! In case you feel uncomfortable about your date drinking too much, you can just cut it short and leave. For this, you need to learn that at any point you have the right to leave, without making it look and feel weird. Your mental happiness and health comes first!

Unless you are willing to open a can of ‘improper,’ be slippery when he asks you why you don’t drink. You can joke a little and just say that you are a ‘reformed party girl’ or may be an ‘ex-bad gal!’ Don’t clarify further. If he keeps asking, just say ‘long story’ and move on to the next best topic.

Remember that this is just another date. You have every right to reveal (or not) your personal details as slowly as you want.

For me, the toughest part about sober dating was the lack of something that would calm my senses. It sounds clichéd, I know, but taking those deep, long breaths is essential before a date. You need to relax yourself as well as that constant feeling (almost on loop!) in your head, “What if this goes wrong?” Inhale the confidence and let your inner diva take center stage. Blow out the worry!

When you are not tipsy, you almost naturally feel inhibited! So it’s better that you get used to the subtle flirting styles like patting his knee or arm, keeping a steady (and not gawky!) eye contact, smiling and laughing only at his funnier jokes!

It’s quite possible for you to feel too shy to make a move without the vodka loosening you up a little, but if you drop in subtle cues of what you want, your date should get it!

If and when the chemistry is kicking in and you think that he isn’t going to do anything about it, invite your boy upstairs for coffee. “Upstairs” and “Coffee” mean only one thing, and he knows it!

Tips for those on the other side of the table!

So what do you do when you are a drinker but are dating a sober person? Generally speaking, all that the sober guys want is a little bit of support and encouragement. You need not always stay away from your drinks, but try abstaining from drinking around them too much. This will be highly appreciated!

Suggested read: 20 things you should NEVER put in your online dating profile

Respect their sobriety and don’t push them! The last thing that you want is for your partner to start drinking all over again, because she left it for a reason, remember?

In case her drinking habit does relapse, you have to give her time and space to get her sh*t together! It is in times like these that your presence and support becomes most vital! Be there and yet give her the freedom to work through her feelings and emotions.

Just follow these tips and let us know if your sober dating scene still sucks. See ya until next time! 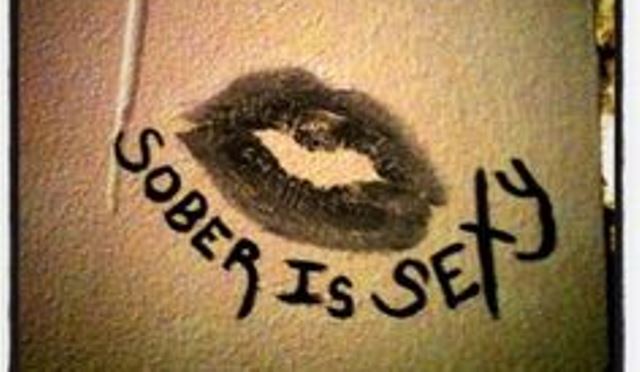 Article Name
The Non-glamorous Sober Dating Scene, And Tips To Navigate It
Author
Riya Roy
Description
Why the sober dating scene sucks, and how to navigate it. Here's everything you need to know.