Unlike what you’d assume, a sociopath isn’t a creepy person lurking in the dark, or isn’t a person you’d instantly identify as ‘bad’ or ‘harmful’. Sociopaths are rather charming in their own way, and it helps their cause. They use charm and manipulation to get you to do things they want.

A sociopath isn’t a psychopath either. You’d recognize a psychopath almost immediately because of their unruly social behavior. On the other hand, a sociopath dissolves into the society as smoothly as sugar would in a glass of water. Only, leaving a bitter taste in your mouth! They are regular people on the forefront – they have jobs, families, and sometimes friends too. They would seem like any normal person with a steady life. However, in their innermost self, they are narcissistic, derive pleasure from causing other people pain, and can manipulate anyone into believing they are genuinely nice people. You see, they thrive on maintaining such dual personalities. 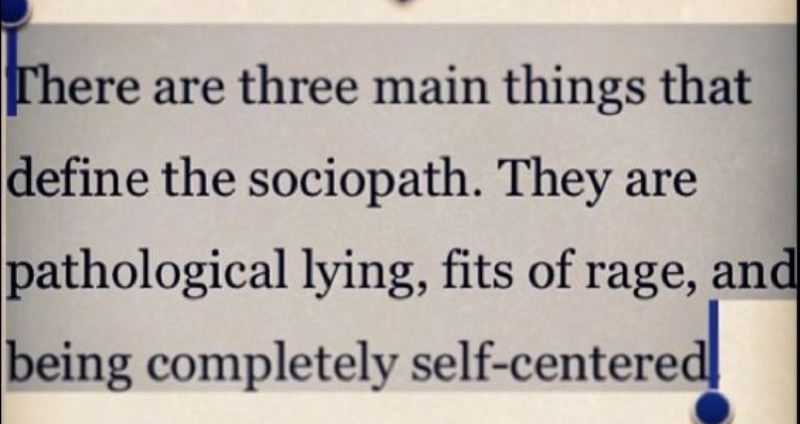 You’d never know you’re dating a sociopath because that’s one disability you cannot spot! It’s hidden and well covered. While it’s hard to pull up stats on how many sociopaths are out there, because it’s harder to identify one by just looking at them, people who date sociopaths realize they are dating one in the course of a relationship.

Soon, everything falls into place. You’d feel exploited and manipulated into doing things you didn’t like in the first place. Dating a sociopath has never ended well for anyone. In the end, people are not just hurt, they feel worthless, used, and have to deal with a huge blow to their self-esteem.

Suggested read: 11 essential things you must be aware of when dating an extrovert as an introvert

Here are 12 signs you’re dating a sociopath – if you spot these signs in your lover, then RUN, as soon and as far as you possibly can!

1. Their ego is larger than life

Sociopaths have an over-sized ego. That’s one thing you’d notice about them. They believe they are right all the time, and anything you say or do to tell them they are mistaken can put them into a frenzy. They would never admit to their mistakes, and always find someone to pin the blame on. They are way too egoistic for anyone to handle, and they wouldn’t agree to it either. 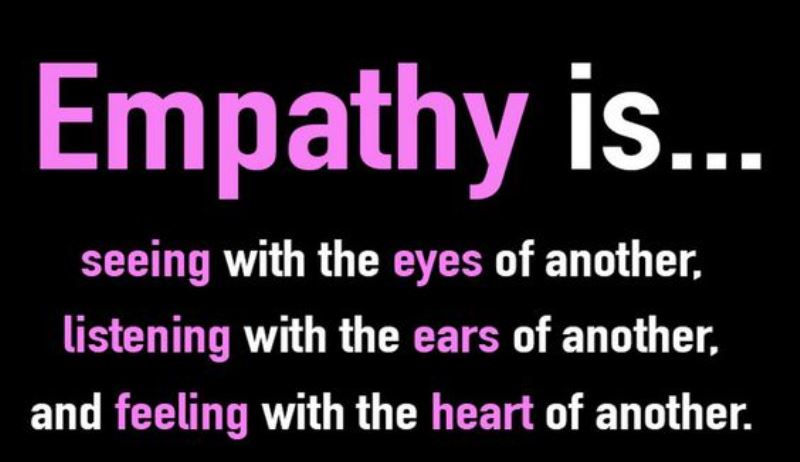 Leaving aside the fact that they have no feelings whatsoever, they find it immensely hard to empathize with others. They probably can’t even offer sympathy to anyone in their time of need because they simply don’t know how to do it. Their life is only about themselves, and they don’t comprehend another person’s feelings. It’s safe to say that they don’t want to and they don’t understand how to do it.

3. They are incredibly charming

If there is one thing that is obvious about a sociopath is their charm. Their ability to sweep you off of your feet is commendable. They have a way with their words, and they don’t hesitate to use their charm to trap you into what you’d mistake as a loving relationship. They could be witty, smart, appear intellectual, and blow your mind with the attention they give you.

4. They are open sadists

Their pleasure comes from seeing other people unhappy. For a sociopath, their personal pleasure is important. And the only way they seek it is by making other people suffer. They are sadistic by nature, and feed on watching people around them being unhappy, hurt, and/or betrayed. 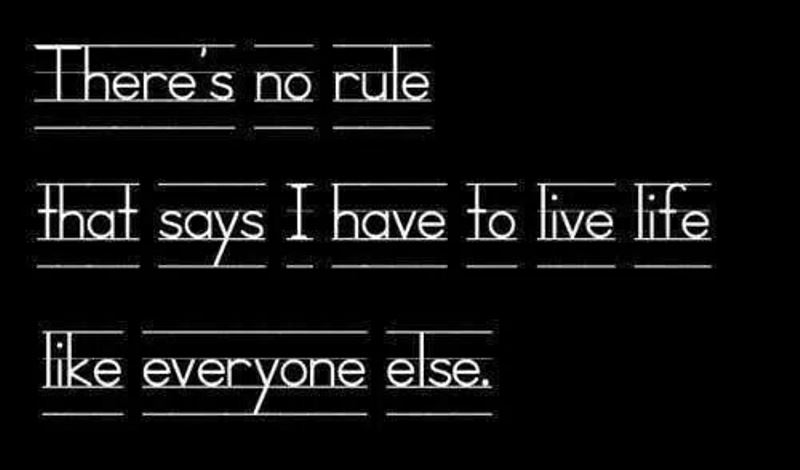 If, unfortunately, you happen to be dating a sociopath, you’d notice how they don’t care for societal norms. They always live on the fence and don’t adhere to any rules that define society, or acceptable behavior. They constantly juggle to break these rules and set themselves apart from what is considered normal. Regular rules that apply to individuals don’t apply to them.

6. They feed on lies, deceit, and conspiracy

The only thing that thrills them about life is the fact that they fill it up with lies, betrayal, deceit, and conspiracy. They enjoy making issues out of small things because they love the attention and drama. Lying to them is like what breathing is to anyone else. They can’t do without it. They will lie to your face with a straight face, and then lie again to cover up the first lie. Soon, they have spun a web of lies and even before you know it, you are trapped, like a fly caught in a spider’s web!

7. They lack remorse, shame, and guilt

While dating a sociopath, you’ll learn that they feel no shame, guilt or remorse for their bad behavior or actions. Often, they derive pleasure from hurting others, and they don’t feel sorry for the hurtful things they do or say. Know this; in a fight with them, they are never going to apologize, they’d think it’s not their fault, and that they were right in doing whatever they did to you to teach you a lesson. On the other hand, they can be downright vengeful and will wait for an opportunity to avenge, if they felt wronged by you.

8. They are unusually calm during a crisis

Their composure and calmness in an event of distress could be marveled at. But, then think about it. How is it even possible for a person to never react to something that isn’t going right? They may seem like the person who carries their heads over their shoulders, but in reality they are rarely, if ever, affected by anything, anything at all. And that could be disturbing. It takes a lot for a sociopath to get hassled, and since they are constantly scheming against people, nothing really surprises them.

9. They are extremely impulsive

At first, you may think that this quality of theirs needs appreciation. Their ability to be able to do anything without too much thought may make you think that they do things from the heart. But, don’t get fooled by this. These conniving people use impulse to merely entertain themselves. It’s part of their plan. Nothing is impulsive to them, even when it seems like it. Their impulsive behavior is a well-planned game. Don’t fall for it.

If you haven’t dated or come across a sociopath, you may not know what we’re talking about. But the minute a sociopath snaps and gets into the crazy-unbelievable-mode, you’d see a totally different person. Their eyes turn still, they lack any expression, and you’d only see your own frightened reflection staring back at you. While this may sound silly, but their eyes do speak louder than their words (in a very negative way).

11. Their narcissistic behavior is extreme 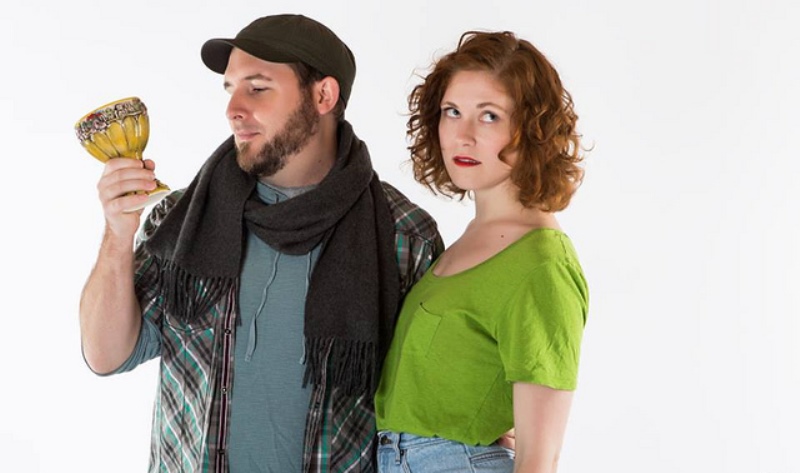 There is a very fine line between being a sociopath or a narcissist. Usually the difference cannot be spotted because in more than many ways, they’re the same. Their inflated sense of their own importance, a deep need for admiration, and lack of empathy for others make them highly narcissistic. However, behind this mask of ultra-self-confidence lies a fragile self-esteem, that’s vulnerable to the slightest criticism that could make them snap like a thin cord stretched taut.

Sociopaths are often easily attached to you. They don’t take long to show you that they’re overly attached to you and therefore they lead you to also give them your all. This way, you are stuck on them like wart on skin! But all this happens at extreme rates. Apart from the attachment, you’ll observe that they are quick enough to distance themselves from you too. So, they don’t find it hard to deal with distance and breakups. For when it’s time for them to leave, they’d do it in a heartbeat without turning back.

Suggested read: 15 vital things you MUST know when dating a girl with daddy issues

Dating a sociopath is one of those things where it’s tough for you to identify what you’re doing. But yes, over time, you learn how this sociopath has always been manipulating you, crossing you, lying to your face, and making you do things you didn’t want to in the first place. By the end of the relationship, you’re broken beyond repair, you find it hard to digest that your goodness has been misused, and that you’ll never be able to trust again. But for whatever it’s worth, it’s best to call it quits and move on, only making sure you don’t repeat the same mistakes.

So beware, not all sociopaths are locked up in prisons or asylums, they’re on the loose, they’re everywhere, and they do a fantastic job of blending in with the regular crowd. They can easily draw you towards them, gain your attention, and then from there on, it’s only downhill for you.

Article Name
12 Disturbing Signs You're Dating A Sociopath
Author
Steffi D'Souza
Description
Are you dating a sociopath? No? Are you sure? Be sure with these disturbing signs!