History Of Valentine’s Day: The Origins

The Feast of Saint Valentine, more popularly called Valentine’s Day, is celebrated on the 14th of February every year. Though a fete around the globe, it is not an official holiday in most countries. According to a popular account, Saint Valentine of Rome was imprisoned for helping those soldiers to get married, who were prohibited from doing the same and tending to those Christians who were wronged by the Roman Empire. Legend holds that when the Saint was imprisoned, he cured the jailer’s daughter, Asterius. He is believed to have written a farewell letter to her before he was executed. It was signed off as, “Your Valentine”! 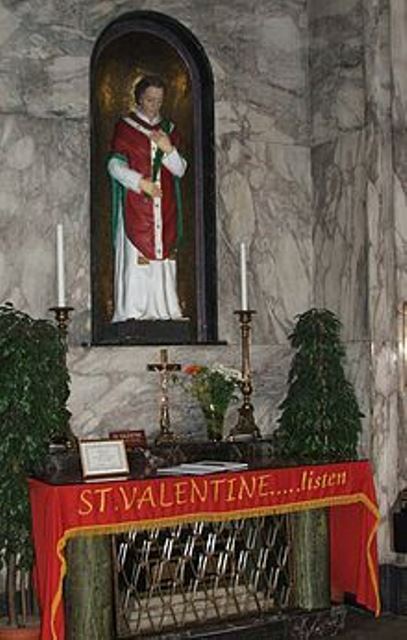 The history of popular things are usually ignored the most and so to save the history of Valentine’s Day from dying out in a similar fashion, this is our small attempt to keep the antiquity alive. Valentine’s Day is a formal feast day for the Anglican Communion and also the Lutheran Church. However, it was associated with love in the romantic sense of the word only in Geoffrey Chaucer’s circle, when the belief of courtly love thrived. In England, during the 18th century, the day involved lovers conveying their love for one another by gifting flowers, presenting confectionery, and also sending valentines, that is, greeting cards. In Europe, on Valentine’s Day, lovers are given Saint Valentine’s Keys. These serve “as a romantic symbol and invitation to unlock the giver’s heart.” These keys are also given to children to hold off epilepsy. Today, the Valentine’s Day symbols embrace heart-shaped outline, doves, and also the figure of cupid. From the 19th century onwards, mass-produced greeting cards replaced the handwritten valentines.

Suggested read: 12 amazing tips on how to be single on Valentine’s Day

History of Valentine’s Day: The facts 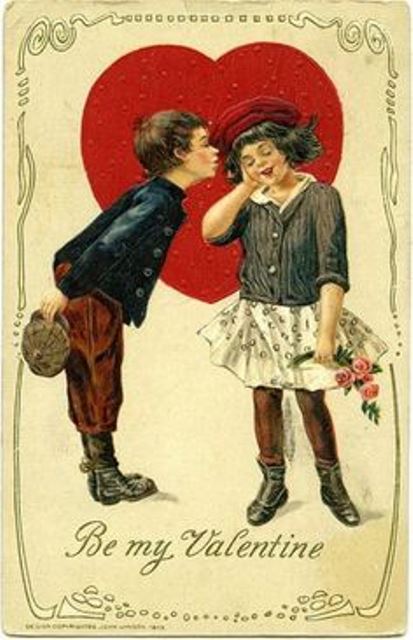 The Valentines that are honored on the 14th of February are the Valentine of Rome and the Valentine of Terni. The former was a Roman priest. His relics are kept in Catacombs and the Church of San Valentino. These places were very significant pilgrim sites until they were transferred to Sata Prassede church after the middle ages. You may have seen the flower-crowned Saint Valentine’s skull displayed in Santa Maria’s Basilica in Rome, Italy.

The Valentine of Terni, on the other hand, was the bishop of Interamna. He was martyred during Emperor Aurelin’s persecution. He was buried in Via Flamina, but not in the same location as the Roman Valentine. 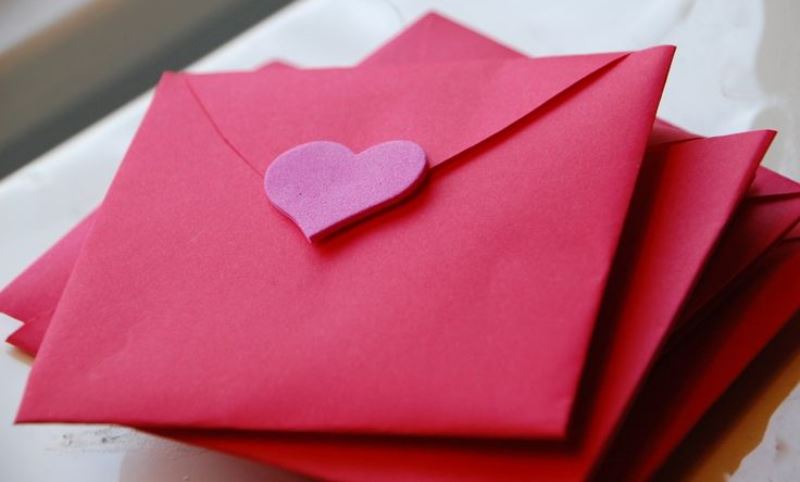 The European folk tradition related to Valentine’s Day has become sidelined by the customs of Anglo-American origin, which connects this day with romance. The customs include sending cards and flowers and also other gifts. These were initiated by the English and still remain a part of the celebrations. In Norfolk, there is a character named Jack Valentine who knocks on the back doors of houses and leaves candies and flowers for the kids. The irony, however, is that children feared this mystical character!

In Slovenia, on Valentine’s Day, the first work in the vineyards commence. The history of Valentine’s Day here is very different from the one we have read about so far. Saint Valentine in Slovenia was a saint of spring and good health. He was the patron of pilgrims and also beekeepers. According to a proverb, he brings the “keys of roots.” Legend holds that on this day, birds propose to one another and get married!

Valentine’s Day: A day of love

Until Chaucer’s poetry, Valentine’s Day wasn’t a celebration of romance. The focus was more on sacrifice than love. In Lupercalia, Rome, an ancient rite was performed between 13th to 15th February. This rite was related to fertility. If we were to believe some researchers, Gelasius I substituted Lupercalia for the celebration of a purification rite called the Purification of Mary, though there is no historical evidence to support the same.

The book, Lives of the Principal Saints, claims that people of Lupercalia drew out names from a jar. They were coupled with the person whose name was on the chit. This custom, in real life, was invented in the medieval period. 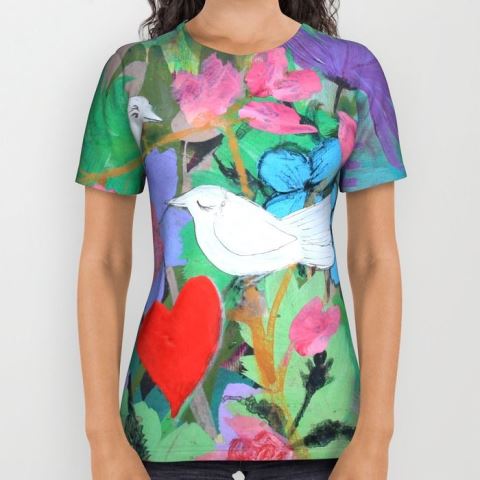 “For this was on seynt Volantynys day
Whan euery bryd comyth there to chese his make.”

This poem by Chaucer was written to honor King Richard II of England’s first engagement anniversary to Anne of Bohemia. There are three other poets who composed about bird’s mating on Valentine’s Day!

The first description of the 14th of February being a day of love appears in a charter called the Charter of the Court of Love. This charter was issued by Charles the sixth of France. It describes extravagant festivities that were attended by many participants of the royal court. These celebrations included feasts, amorous songs, and various poetry contests.

Valentine’s Day is called ‘el dia de los enamorados’ (day of lovers!) in some of the Latin American countries. In Guatemala, however, it is dubbed as the “Dia del Cariño’ (Day of affection).

In Brazil, the Lover’s Day is feted on the 12th of June, because according to the history of Valentine’s Day here, St. Anthony (regarded as the marriage saint) started conducting marriages on this day. The February 14th that we know, is not commemorated here because it falls too little before or after the Brazillian carnival! 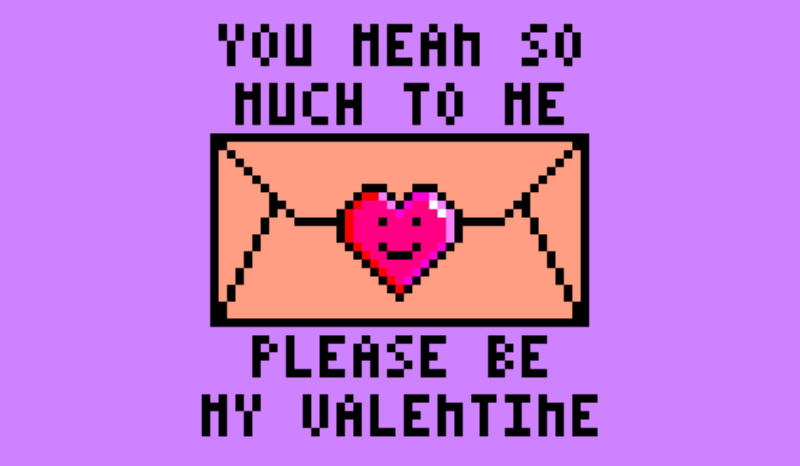 In America, around 190 million cards are sent every year on Valentine’s Day. Yet, this does not include the millions of greeting cards that school kids exchange. In recent times, the celebration has become extremely commercialized. Gifts have become a must! Also, there are numerous Valentine’s Day themed ads that encourage you to spend that dime!

Valentine’s Day is called lover’s festival in China. The Chinese variant of it is known as the Qixi Festival, which is commemorated on the 7th day of every 7th month of the lunar calendar. In the modern times, celebrating White Day is becoming more fashionable among the youth. 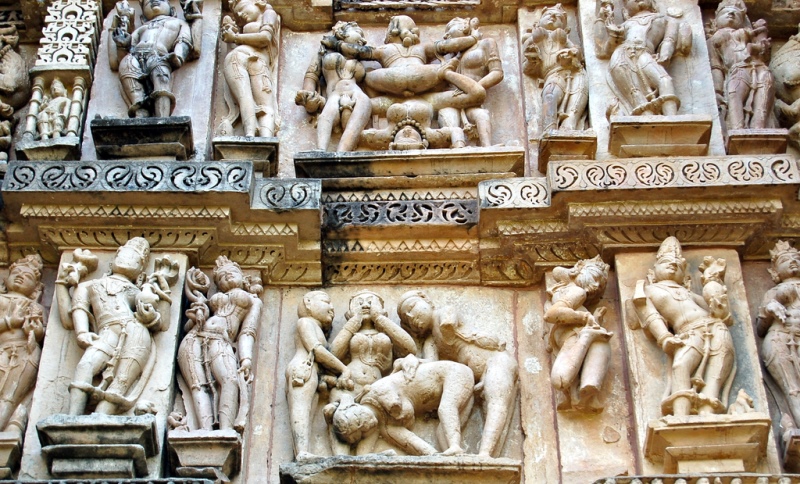 The craze around Valentine’s Day did not make a mark in India until the 1990s; 1992 to be precise. MTV and other radio programs started conducting love letter writing contests among others to usher the trend in. Also, with economic liberalization, there was an explosion of the greeting card industry!

Though some radical traditionalists believe that this day and the message around it is contaminating the Indian culture (!), the lovers don’t seem to be paying much heed to that!

The love festival in Iran is called the Spandarmazgan. People on this day express their love towards their wives as well as their mothers. It is also a celebration of the Mother Earth according to the ancient Persian culture. The festival is held on February 17th each year.

A different version of the holiday is observed in the Land of the Rising Sun! It is based on a love story called Tanabata. Its origin and history is different from the history of Valentine’s Day in the west.

In Spain, the celebrations are popularly called San Valentin though the activities around it are the same as in England. 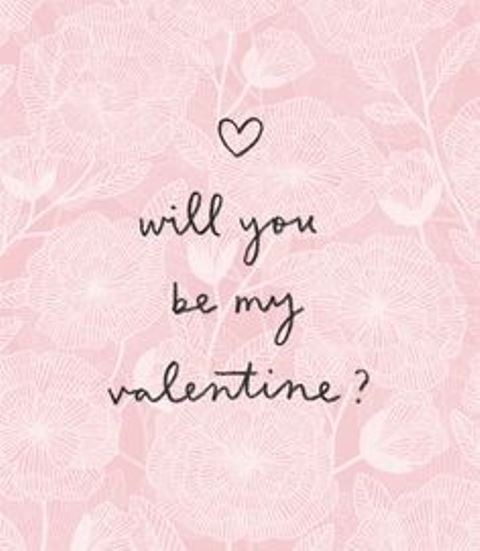 Reports have it that Singapore is the biggest spender on Valentine’s Day around the globe. 60 per cent of the Singaporeans spend between 100 dollars to almost 500 during this season!

On Valentine’s Day, South Korean women gift men with chocolates while men offer them non-chocolaty candies on the 14th of March, which is the White Day. On April 14th, the Black Friday, the singles who didn’t receive anything on either of the previous days, go to a Chinese-Korean joint and eat black noodles. They do so to lament their single lives!!!

In this country, contrary to the Western culture, on Valentine’s Day women spoil their men bad! Though shy on normal days, the women transform themselves and openly express their affection through lovey dovey gestures on Valentine’s Day! 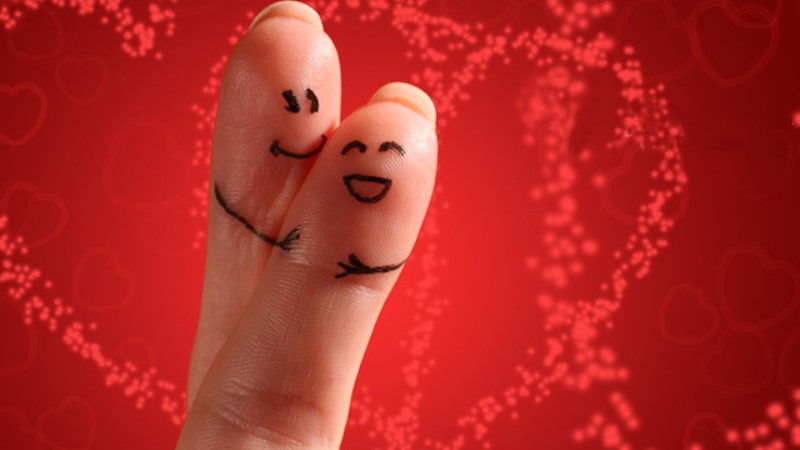 Gaekkebrev are tiny funny poems or just rhyming notes that men send the women anonymously. The clue, however, is the number of letters in the man’s name represented by the number of dots.  If the woman guesses correctly, she wins an Easter egg, and if she doesn’t, she has to gift the sender the egg!

Has the Valentine’s Day history bound your belief in this tradition of celebrating love and lovers? If so, book your ‘dates’ and start planning your ‘dates’ by subscribing to our newsletter! 😉

Important dates for this year!