Tired of not finding profile pictures that depict the ‘real’ person? See how Tickr app is solving it

“A picture is worth a thousand words.” But what if that picture has been so embellished, that instead of showing a frozen version of yourself, it shows a super-model version? That definitely doesn’t cut it, does it?

And this seems to the norm across the numerous dating sites currently available. To circumvent this problem of photoshopped, embellished, and air-brushed photos that mislead potential love-seekers on dating sites, a new video-only dating app and website has been launched. 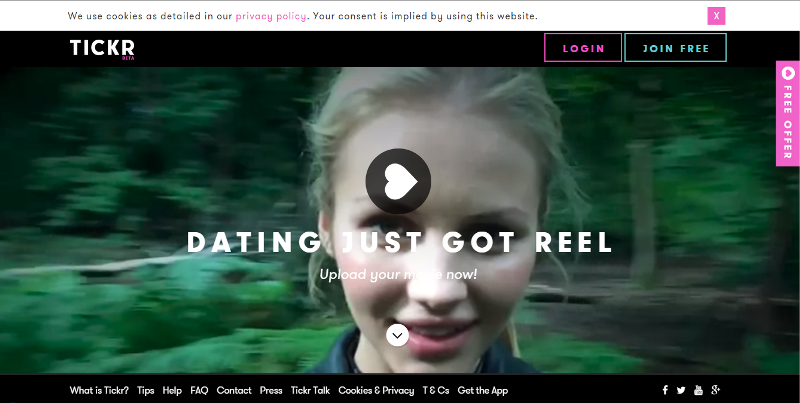 How was it conceived?

Daniel Freeman, 40, who got divorced two years ago after eight years of marriage, tried online dating after his suggested he try it. He went on two dates with women he met online, and found that they had misled him, and they were not “very good experiences.”

“Firstly, the women looked very different to their profile pictures and secondly, had clearly embellished the truth about themselves,” Daniel said. “They had different interests and were different to the person they had portrayed online.”

How does Tickr work?

Like any other dating site or app, users are required to fill up details such as their names, age, and height. The biggest difference to other sites is that Tickr lets users upload videos of up to 30 seconds long. These videos, which are visible to anyone who views a profile, can either get a “tick,” if they are liked, or “ick,” if they’re not. Users are encouraged to upload videos of themselves “doing something they enjoy rather than potentially awkward pieces to camera, describing their interests.” There are videos of users doing the Ice Bucket Challenges, to one user grilling sausages on a beach, to one guy singing Bohemian Rhapsody. 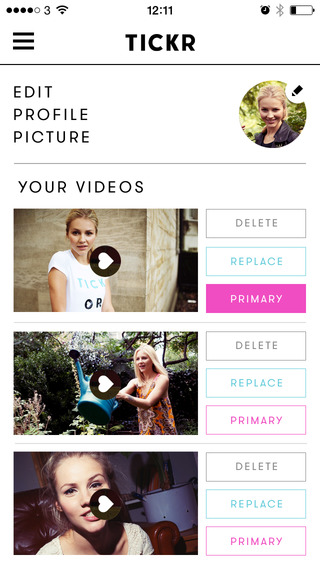 The connection can only be further explored if there are two mutual ticks. They can either message each other, or have live video chats.

Apart from the basic information filled by users, they also let their own “ticks” and “icks” – basic likes and dislikes known to their potential dates. And there aren’t any lengthy and tedious questionnaires to be filled up. Daniel feels it is redundant and often irrelevant to ask compatibility questions: “It is very difficult of men and women to answer questions honestly about themselves – and most sites match people using their answers. I thought there must be a better way of connecting with people online.” 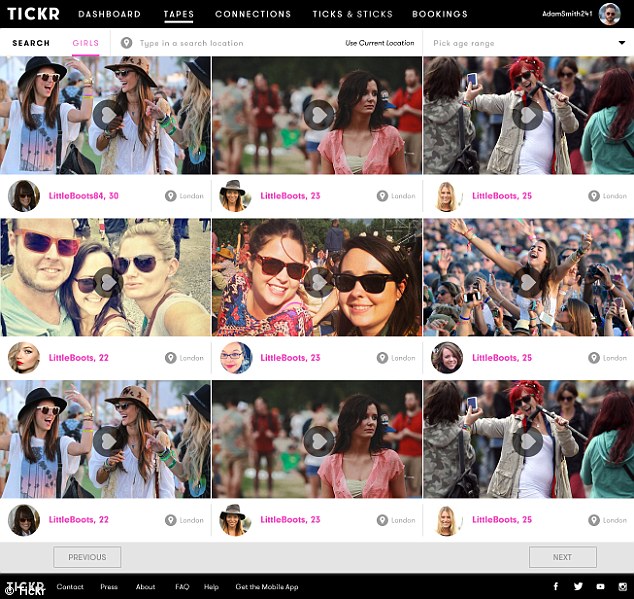 Daniel believes that video clips make it difficult for potential partners to “hide as much,” showing more personality without having to answer questions about themselves. He added, “Psychologists say you know whether you are attracted to someone within seven seconds. A video is enough for you to know if you are attracted to [someone].”

Daniel, the app’s founder said, “The dating scene can be a treacherous one. Unlike other sites or apps where you can lose a perfect match at the slip of a finger, Tickr allows its users to hit if off quicker with profiles that move – giving you the chance to really get to know your match. It’s the next best thing to meeting in person.”

The membership fee is £10 per month, which according to the site, helps keep trolls off it, and attracts singles who are serious about finding love. The Tickr website is running here, and an iPhone app is expected to rollout next week.