Rewind a 110 years to 1837. Charles Lewis Tiffany founded the Tiffany & Company, with its iconic robin egg blue box, which is coveted as much as the jewelry it ensconces. Just a mere glimpse of the blue box is said to make hearts thump a little faster – with anticipation, excitement, mixed with apprehension.

Tiffany ad featuring a same-sex couple on a New York stoop, who are apparently dating in real life

This iconic 178-year-old company which creates the “most beautiful rings on Earth,” has embraced the new age marriage norms, and come out with a noteworthy ad campaign. The Tiffany ad campaign titled ‘Will You?,’ which was shot by Peter Lindbergh, features seven portrait scenes of different couples. But what is so special about that, you ask? One frame that features two handsome men on a New York stoop, is the highlight of the campaign, if you ask me. 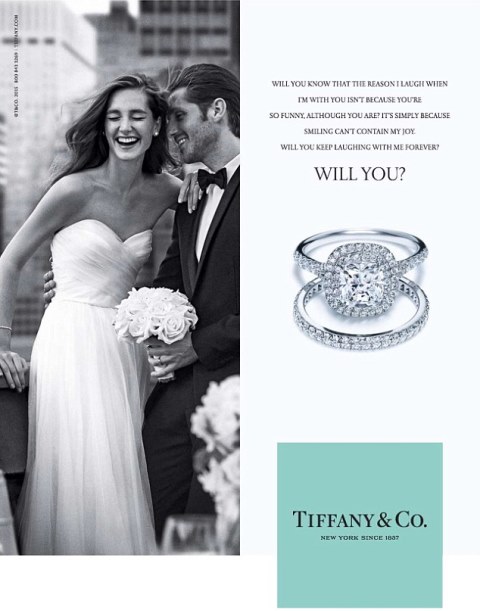 With debates, lawsuits, and rallies dotting the American landscape for marriage equality, Tiffany is just joining other big-name brands which have embraced marriage equality and featured same-sex couples in their ad campaigns.

According to Tiffany spokeswoman Linda Buckley, the company chose to work with the two men because they are dating in real life as well. Linda also said, “Nowadays, the road to marriage is no longer linear. True love can happen more than once with love stories coming in a variety of forms.” 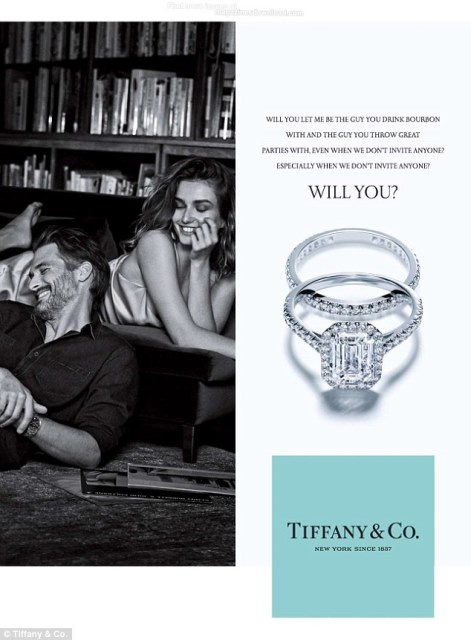 Juxtaposed with the portrait of the same-sex couple, is the text: “Will you promise to never stop completing my sentences or singing off-key, which I’m afraid you do often? And will you let today be the first sentence of one long story that never, ever ends?”

The rest of the couples featured in the ad depict varying stages of their relationships, and are modeled by high-profile models such as Andreea Diaconu, Cora Emmanuel, Josephine Le Tutour, and Luca Gadjus. 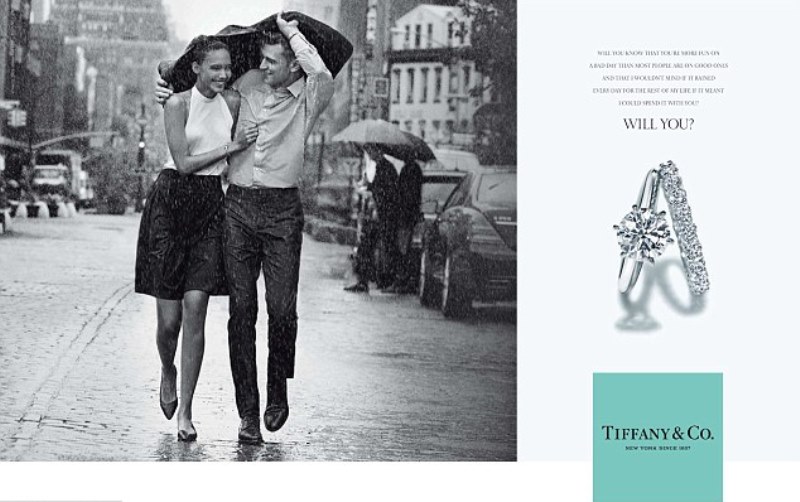 Tiffany ad showing a couple walking in the rain

Apparently, Tiffany is a few years late in joining the equality bandwagon. In as early as 2011, J. Crew featured one of their designers along with his partner in a catalog. The following year, Gap put up a huge billboard featured with a same-sex couple. Next in line was Banana Republic. Latest in this line of big-name brands to embrace the LGBTQ community was Barney’s New York, which apparently featured 17 transgender men and women in its ad campaign.

At least progress has been made, however late it seems. Unfortunately, I can’t say the same thing for our country, where a progressive judgment was repealed, making it illegal to be homosexual in our country – again. But, in a sort of minor victory, the government did acknowledge the transgender community by providing a third box to check in all government forms in place of gender. Baby steps in the right direction, but seems too little, taking too damned much time. 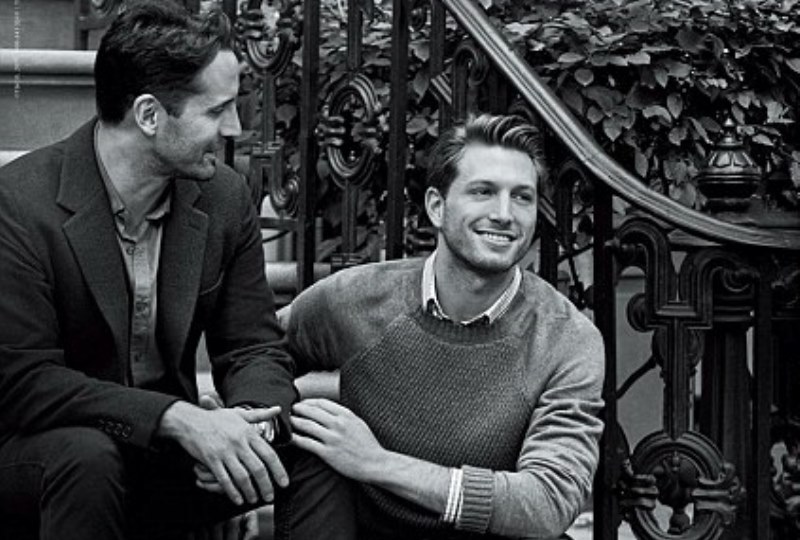