They are bold, they are beautiful, and they can beat-the-s**t out of you! The confident athletes of our country are not just fit females who know how to smash it on the court, have the right stance, or even perfect that aim from ohh-so-many meters – they are divas who can dazzle both on and off the play arena. They will beat you at their games for sure, they will beat you off the game too – coz when ‘tis a beauty-with-brains sportswoman you’re dealing with, the ‘playing’ sure is at a different level altogether!

Here are our top ten picks of the most desirable Indian sportswomen of 2014, who shall never let the ball be off their court: 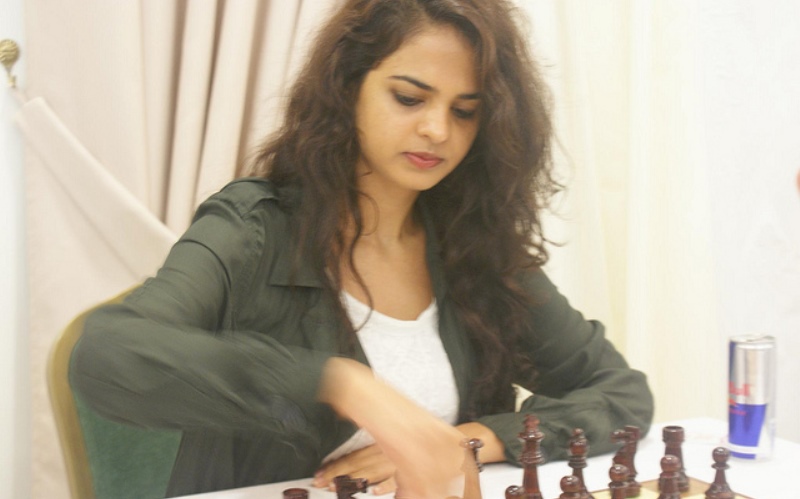 The woman grandmaster, this chess diva has rightfully earned her place in the top 50 as per the FIDE world chess rankings 2014. Having done the country proud on numerous occasions, including the gold at the IOCC 2012, this chess hottie sure knows how to make ’em pawns work at her behest! Any man out there who’s up for the challenge of being the knight who can check mate our twenty-five-year-old chess champ? 😉 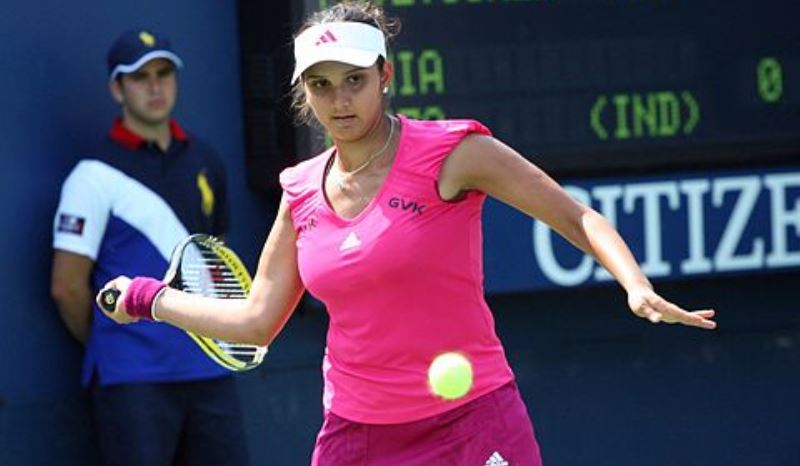 This woman has been doing us Indians proud for a long time now. Whether the Indian tennis scene was embroiled in controversies surrounding her patriotic verve or Paes’ custody battle or Bhupathi’s tiff with the AITA (All India Tennis Association) was no reason this beauty-with-brains would be kept from achieving a feat as remarkable as that of Vijay Amritraj’s win in the ATP finals against Dick Stockton in 1977. Yes, our tennis diva won the WTA finals alongside Zimbabwe’s Cara Black in the doubles section. In September, she won the US Open mixed doubles, and then clinched a gold in the mixed doubles in the Asian games along with Saketh Myneni. Girl, do not mind the remarks of those who do not understand your journey coz you fly, and fly high! J 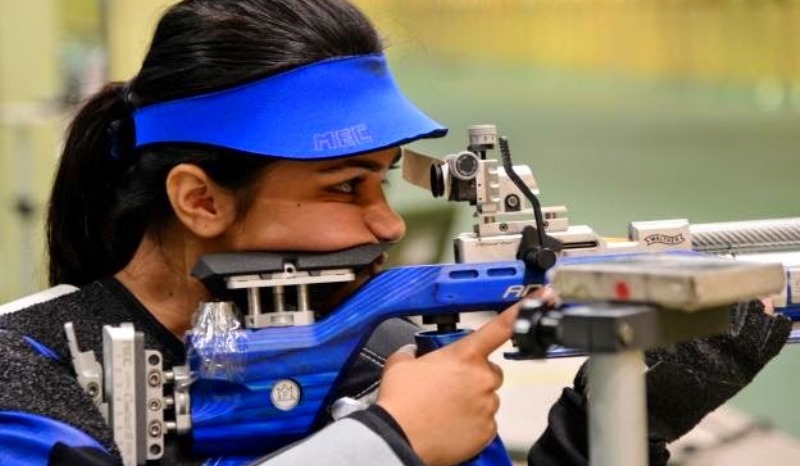 This beautiful Indian maiden bagged her maiden gold at the Glasgow games this year in the women’s 10m air rifle event. Now, there’s a woman who sure knows how to shoot ’em and shoot it right! 😉 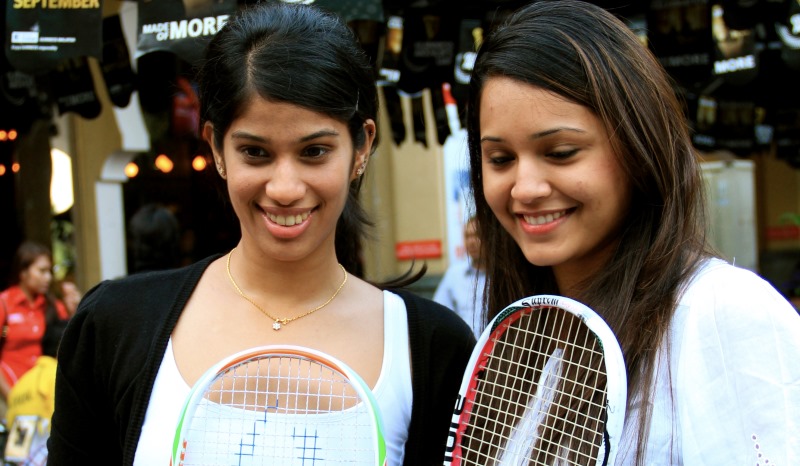 A double entry for the dazzling duo who clinched the gold in the women’s doubles for squash at the Glasgow games this year. They made short work of their English opponents, Jenny Duncalf and Laura Massaro, with a 11-6 11-8 win in the best of three games. Also, did we add – they are dazzlers, and not just on the court! 😉 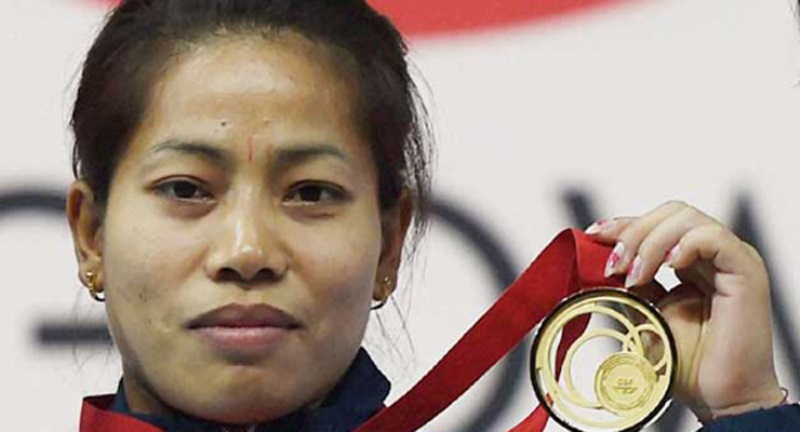 The gold-medalist for India in the women’s weightlifting category at Glasgow, Sanjita won by lifting a whopping total of 173 kgs. Though the remarkable feat missed the Games record held by 2010 winner, Augustina Nkem Nwaokolo, by two kgs, she has certainly managed to put India on the map with her performance in a hither-to-fore not-so-rewarding category. Well done girl! 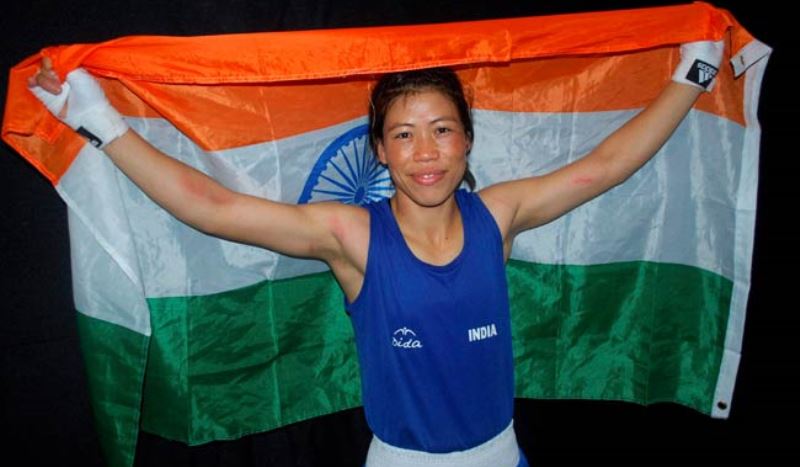 The five-time world champion and Olympic bronze-medalist became the first Indian woman boxer to clinch gold at the Asian Games, where she beat Kazakhstan’s Shekerbekova 2-0, in which her opponent had the initial advantage. The Manipuri-mother-of-three, is truly an emblem of remarkable grit, strength, passion, drive, dedication, and commitment! We love you, Magnificent Mary! J 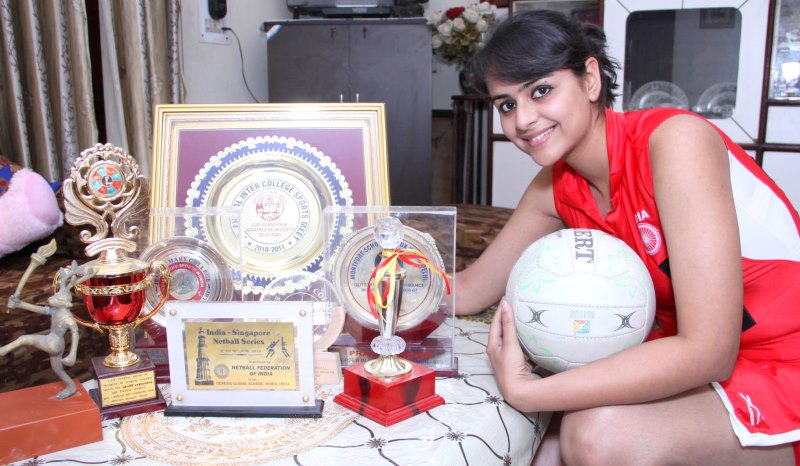 Okay, there isn’t a “MAJOR” achievement in the year to list for this young netball player, but we put her on the list because we recognize the sheer effort it takes to put a game like netball on the map in a country which eats, breathes, and worships ‘cricket’ and ‘Bollywood.’ The National netball team captain is trying her best to help netball attain its rightful status as a thriving and enjoyable sport whilst also doing the country proud with her performances, not unlike that at the 2010 Commonwealth Games. 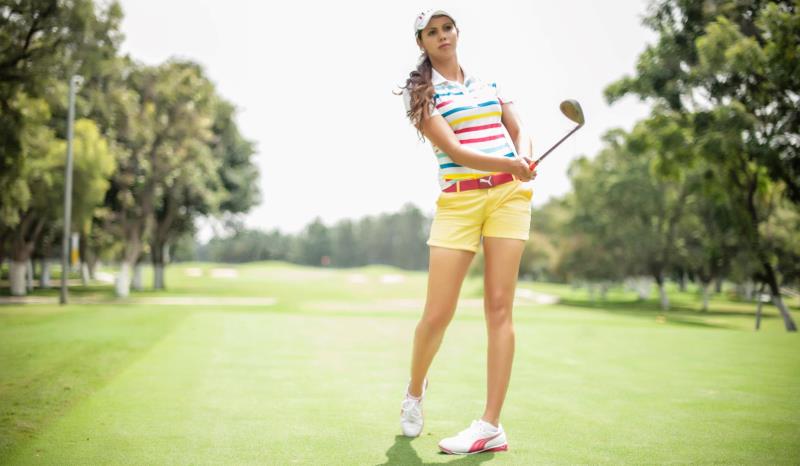 This lass could easily be mistaken for a glam doll. The exceptionally talented golfer, who has played with Tiger Woods, is headed to China this year to interact with top golfers from around the globe and play with the likes of Jessica Alba and Chris Evans. Talk about glam golfing! 😉 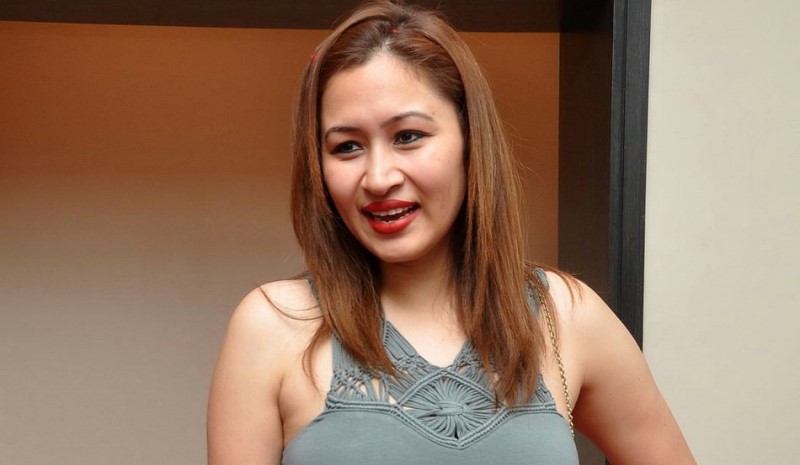 She has bagged a silver for the country at the 2014 Commonwealth Games and has also been instrumental in bringing about the historic bronze at the 2014 Thomas & Uber Cup team event. A player who has been in the circuit for more than fifteen years, the woman holds a rank in the top twenty alongside her most successful partner, Ashwini Ponnappa. Recently, she has been vocal about the visibility of other well-known singles players like Saina Nehwal, and asserted that they work equally hard and that she needs to take up the mic for the sake of the junior players. We back you girl! 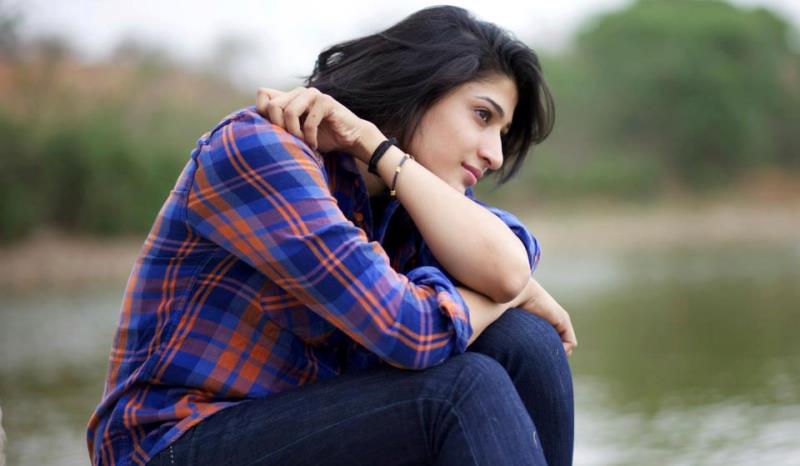 This young lass has the distinction of having hit the fastest smash during the Sudirman Cup in China in 2011. This year she has made news for bringing the country its first-ever-felicitation in the category alongside Jwala Gutta at the Thomas & Uber Cup team event. A consistent player, she is a favorite of Jwala’s, and has also been felicitated with numerous awards including the ‘Arjuna award’ by the-then President in 2012. This hottie sure knows how to smash ’em! However, we are sure she doesn’t do that with hearts – Jwala says she is sweet! Smile, you guys! J

Let us know any thoughts that pop in your head in the comments below. J