Karman Kaur Thandi, 17, Has Just The Moves To Create History For Women’s Tennis In India

At seventeen, Karman Kaur Thandi, a lanky student from New Delhi, seems intent on  making giant strides in the world of women’s tennis. After making the headlines last year for qualifying for the pre-quarters of junior US Open with an equally judicious show at the Australian Open, she is now all geared for the junior French Open. The list of Karman’s successes, however, does not end there. 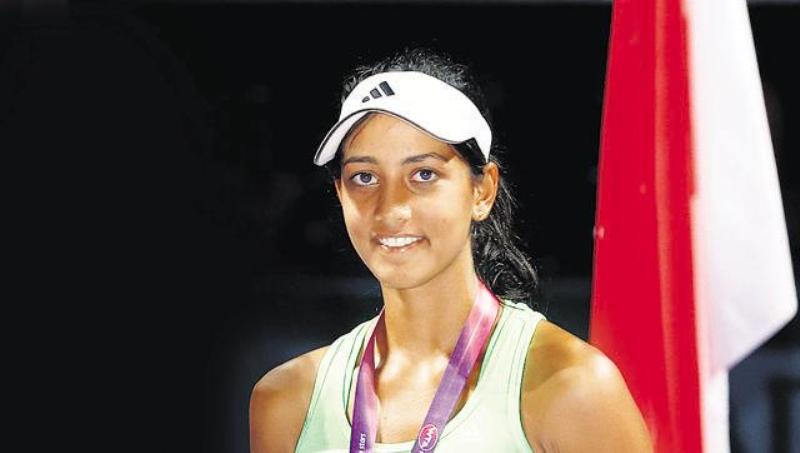 A confident strokeplayer who knows just the right mix of impactful serves and a confident forehand, Karman has had an astounding set of seven wins (five matches in the league stage and two in the knockouts) in the WTA Future Stars tennis event last year. She has also won a grade-1 junior event in Germany and made it all the way to the semi-finals in the Canadian Open. Her fast-paced success trajectory in a sport where India is constantly looking toward the younger crop of rising stars to make the country proud has made her work hard to attain an enviable junior ranking of 47, the second best in the country behind Pranjala Yadlapalli, the Asian junior champion. No small feat, the young talent is wears feathers of enviable hues in her cap- and proudly so. After all, not many names in the junior bracket can boast of beating higher ranked opponents in back-to-back batches and coming to acquire the fearful name of ‘giant killer.’

Karman’s success in tennis, however, cannot be singularly attributed to the young lassie’s talent alone. Introduced to the sport by her parents when she was all of eight, Karman has been training with the who’s who in the world of tennis. Eminent names include tennis coach Vinod Kumar, Aditya Sachdeva, former Indian player Rushmi Chakravarthi, coach Bastian Suwanprateep and also world no.1 Serena Williams’ coach- Patrick Mouratoglou. Our country’s first face to win a Grand Slam, Mahesh Bhupathi and 12-time Grand Slam champion Sumit Nagal have all come forward to ensure that Karman receives just the right springboard to make the giant leap she is capable of.

“Karman definitely has the heart of a champion. She doesn’t hold back. She doesn’t fear losing. She doesn’t worry about the results and stays focused on the process. Results take care of themselves.”

We wish Karman Kaur Thandi all the luck in her endeavors!

Article Name
Karman Kaur Thandi, 17, Has Just The Moves To Create History For Women’s Tennis In India
Author
Sejal Parikh
Description
Karman Kaur Thandi is on her way to becoming the game changer for women's tennis!