What To Do When People You Hate Are Nice To You

For the ones who hate small talk, it is painful enough to partake in conversation with relatives, let alone the ones you hate. With the increase in the use of social media, and communication technologies, we are exposed to a wider base of people we can befriend. That in turn leads us to a wider arena of people we now dislike very strongly. If all works out, then the people you hate will stay out of your sight, not have any influence on your life, and grant you a significant sanity of mind. However, if things were to be this easy, then I would have bagged my Master’s degree solely on my deconstruction of pop culture (Please?). But that is not how this Universe plays.

Suggested read: I Hate My Boyfriend: 10 Surefire Tips To Get HIM To Dump YOU

People you hate have a way of scoping you out, and manifesting themselves in places you least expect them to be. Here, your guard is lowered, your vulnerabilities more exposed, making you an easy target. But the worst thing is to be greeted politely instead, while your body burns like Icarus, and you wonder why you cannot disappear between molecules of air.

In such a situation, our brain goes into overdrive, and we desperately look for avenues that will save us from this horrifying ordeal. Here are a couple of ways to deal with a situation like this:

With great insight comes great responsibility. If your gut tells you that somebody is evil, nine out of ten times, it is a hundred percent true. In case you uncover a monster, who threatens to destroy the little peace left in this world, then let others know. “This is in the nature of a Public Service Announcement: Mr. Purple Bumblebee (or whatever their name is) is the devil’s spawn.” Share your knowledge. However, make sure they do not file a defamation suit against you. Those things are expensive.

If you are scared when they approach you, make no effort to hide it. Jump, squeal, accidentally spill your drink on them, and run for your life. Enemies are one thing. But polite enemies are infinitely worse.

In a lot of cases, I have been guilt tripped into acting against my gut. Somebody I hated made the basic minimum gesture of decency, like saying “hello”, and I spiraled into an abyss of regret for not being polite first. However, in each and every one of these cases, the politeness has been unrewarding, to say the least. It is like they have a one second span of nicety programmed into them. The moment you overstep that, you find yourself standing in literal Hell.

I have been seenzone-ed on multiple occasions where I was just returning the monster’s polite gesture. While it is okay and quite commendable to reciprocate with basic human decency, it is rather foolish to be overthrown by their general pretense of niceness. They are not trying to talk to you. Given a chance, they would mold that very ‘hello’ into a noose and hang you from it.

Maybe Osama Bin Laden was a good talker. Maybe he was quite fun at family parties (by which I mean games of poker in a pitch-dark cave). Maybe Laden would have been quite polite to Obama if they ever met, and bonded over the similarity in their surnames. But that does not change the fact that he is responsible for Ground Zero, and uncountable baggage of trauma.

The Devil can be quite charming, and it takes a lot of strength to keep from falling for that charade. I suggest that you say ‘no’ before they finish their greeting. Let me demonstrate:

This sounds like the conversation of my dreams. Do it while calmly sipping whiskey, and all decorum will be restored in the Universe.

Suggested read: Adulting? At 27, I Feel Wise Beyond My Years

You have a bunch of talents, and they know it. In reality, even “friends” pigeonhole you into a commodity, let alone the ones you actively hate. They seek you out for a coffee or randomly start commenting on your posts, all the while having an ulterior motive to achieve.

If you are a sucker for kindness as much as I am, then we have got a problem. You have to carefully gauge where the conversation steers from the greetings. If they immediately start asking about “how business is going” or get particularly engrossed with a specific aspect of your life then rest assured that they are not here for small talk. In a lot of cases, they just want to glean out information that they you know have. Don’t be so enamored by their pretense of niceness that you give up on objectivity and hand them the ammunition that could end you.

People change, and human beings evolve (surprise?). But that does not necessarily mean that you have to take that journey with them. Take, for example, a man (A), who has robbed a bank. He might then go on to have a spiritual epiphany that changes him into a better person. However, that does not necessarily mean that all banks must be comfortable having him around. Fear and trauma are very difficult to shake off.

Developing belief in something, is difficult, and more so when it has been betrayed before. So, don’t beat yourself up over not being able to adjust to some monster’s newly found ability to be civil. While it is commendable, their transformation does not readily merit immediate acceptance. We are not robots, and human relationships cannot work in a cause-and-effect equation. If you steal my boots once, then I am allowed to be wary of you for the rest of my life, and there is nothing you can do about it.

Look, if we are playing a game of sorts, then I have got to win. If you think that the enemy is only being decent in order to earn social brownie points for being the “bigger person”, then learn to beat them at their own game. Sometimes, a lot of people I have disliked have tried to speak to me in order to prove to others that they are not the problem. In that case, you could either kick their face in, or join the game and conquer it.

If you are somebody who has a social life and actually cares about their reputations, then I would recommend this method for you. It is quite fun, and worth it, when you watch the lifeblood draining away from the faces of the people you hate. However, if, like me, you have embraced the last rung of the social hierarchy, have nothing to lose, or could not care less about people’s reactions, then please do continue to ignore the false attempts at seeming decent. For me, the Devil can wear Prada, Jimmy Choos, or even a halo, but they cannot fool me.

I know you probably feel betrayed right now, and I know this advice absolutely disgusts the living daylight out of you. But it is true. Being the bigger person brings an unparalleled sense of peace with it. You do not have to constantly craft or obsess over petty rivalries. You do not have to constantly gauge your enemy’s motive, and act accordingly. It is liberating to finally let your brain breathe something other than revenge strategies.

Suggested read: I Don’t Need A Game Face, I Want To Wear My Emotions Freely

It is unusually taxing to be the perfect Avenger. I mean, half of them were wiped out in a click, right? Maintaining hatred requires a lot of energy I am not willing to throw away. If they deserve it, then by all means, go ahead. But if it somebody small, something forgivable, something that did not ruin anybody’s life, then consider looking past it. By this, I do not mean to convey that you have to make your forgiveness overtly visible or exhibit sudden affection towards them. I will never speak of such blasphemy. What I mean is, kick them out of your brain space, and try becoming the person who would not need to read the six points before this one.

Dealing with people you don’t like can be extremely taxing, so it is best to steer clear of them. When I find myself repelled at the thought of another human being, it is usually after a lot of carefully deliberation. So, when the people I dislike try being nice to me, I move away to some place that has fresher air. People and relationships are overrated, anyway. Just gather a small bunch of people who would kill for, and let the rest of the world rot way in peace. 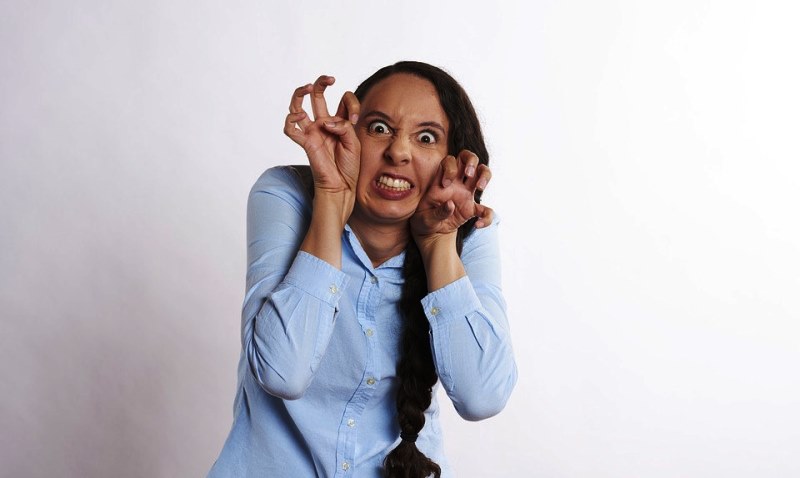 Article Name
What To Do When People You Hate Are Nice To You
Author
Meghalee Mitra
Description
If all works out as planned, then the people you hate will stay out of your sight, not have any influence on your life, and grant you a significant sanity of mind.