I Hate My Boyfriend: 10 Surefire Tips To Get HIM To Dump YOU

So you’re done with your current boyfriend. You know you need to breakup with him and cut him loose because you just know it in your heart that it isn’t meant to be – not anymore. Or, you could be at that point in your relationship where everything he does or says annoys you no end. You feel like tearing your hair out every time you even look at him. But the thing is, you’re too soft-hearted (read chicken) to dump him. After all, you both have made some really good memories that you cherish. Or that you wish that he does the inevitable and spares you the trouble.

Admit it, in your darkest, angriest moments, a mental conversation with yourself goes something like this: I think I’m done with this relationship. I hate my boyfriend, but how do I get him to break it off? If you’ve thought this at least once till date, then it’s time you took action and cut yourself loose!

Suggested read: How to be a better boyfriend? By following these 16 tips!

But if you’re having a hard time actually going through the breakup, and you’re sure that you don’t want to stay in the relationship anymore, then you need to get him to dump you. Read on to know more about how you can do that.

Even if you have to put him on a pedestal to get it done, do it. You don’t have to believe it yourself, you just have to make him believe so. Extoll his virtues and achievements, and make yourself out to be the undeserving girl, who could never be at par with someone like him. Tell him how you both would be unsuitable in the long run, because of your “obvious” disparities in personalities and intellect. That he deserves someone “better” than you, someone more sophisticated, more mature, and more intelligent, someone you could never hope to be.

If you play this right, his ego will get such a boost, that his big head won’t stay on his shoulders, but would be floating a couple of inches higher! If this thought is reinforced enough, he will come to his senses and “realize” that you’re just not good enough, and that he’d be better off finding someone who is at par with him.

2. Give him the cold shoulder.

There comes a point in the relationship when he feels secure in the knowledge that you are in his life, and everything is as it should be. Although you might be getting bored out of your mind, or are itching to move on. That’s when you need to start giving him the cold shoulder. Go silent on him. Don’t answer his texts, emails, messages, or calls. You could even turn off your phone – works wonderfully to put his boxers in a twist!

Keep him at arm’s length when it comes to communication. Make it like you’ve fallen off the face of the earth. Don’t visit places where you usually meet and hangout. When he comes a-calling to check on you, all huffy and hissy, shrug it off, saying that it just isn’t that big of a deal. Or to irk him some more, tell him you were busy doing other ‘stuff,’ and that you forgot about him.

3. Get your ex involved.

Bring your ex into conversations, whether it’s about how your ex used to flatter you, or the way you always admired him. Better yet, work all of your exes into conversations as subtly as possible. Mention an ex whenever possible – whether it’s a song you both danced to at a club, or the way they brought you flowers every other Tuesday. And then one day, start talking about your exes all the time, and delve deeper into what made them so great, and how you couldn’t have done any better.

4. Stop paying attention to your looks.

You obviously want to look great, but if you think along the lines of – I hate my boyfriend; I want him to dump me – then stop caring about your looks. Stop applying makeup, wear awful, mismatched clothes that are totally unflattering to your figure, stop washing your hair, don’t use deodorant or perfume for a few days. In essence, make yourself as repelling as possible. The bigger the slob you are, the faster your boyfriend will run for the hills.

He may suffer through it for a couple of days, but not more than that. If your guy is a sort of clean-freak or one who cares too much about appearances and looks, then he’s sure to drop you like a hot potato! Oh, one more thing you could do is stop going to the gym and eating all the unhealthy carbs and fats you know are going to repel him away from you! Yes, it means you’ll have to work extra hard once he’s broken up with you, but it’ll be totally worth it!

Suggested read: 14 definite signs your guy friend wants to be your boyfriend

Whether it’s a birthday or a month-a-versary of your relationship, forget them altogether. If you’ve always been that couple that celebrates every little milestone in the relationship, then start forgetting them. If you have a standing date on Fridays, don’t go out to meet him. If you’re expected to show up to his best friend’s birthday dinner, ditch it. Or better yet, tell him point blank that you don’t want to go.

Let him make of it what he will. Just shrug and say you’re not interested in celebrating whatever milestone or birthday he thinks is important. Make him feel that what he thinks and feels is important, is definitely not for you. Yes, this is being mean to him, and it may not be in your personality to hurt someone like that, but these are extenuating circumstances. And if you want to get out of this relationship, you have to go out of character for a bit.

6. Jealousy to the rescue. 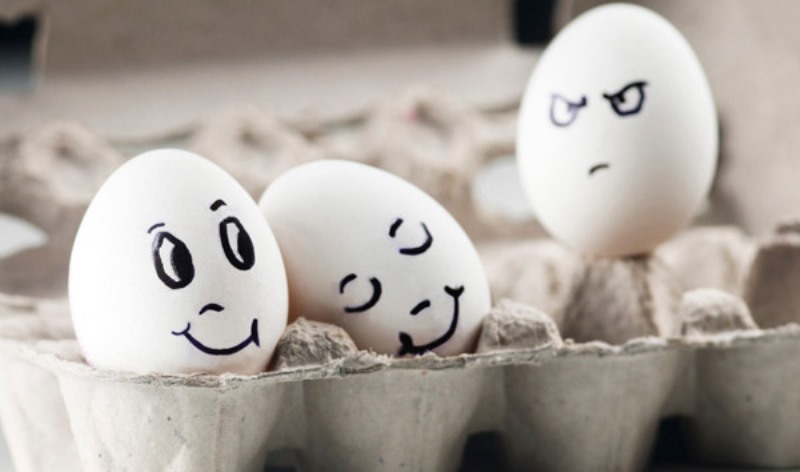 If you really want him to dump you, then make jealousy your best friend. Make him jealous at every opportunity you get. Flirt with other men at the bar/club, cozy up to that colleague he hates, wink and smile sultrily at every guy that catches you eye, in a blatant manner that he won’t be able to ignore or miss.

Yes, a man’s ego is hurt to the nth degree when his girlfriend flirts shamelessly with other men, when he’s right beside her. No matter if your boyfriend is clingy, insecure, or needy, he will have his boxers in a twist if you continue to do this. And not long after that, he will surely dump you.

7. Say NO to getting naughty.

Sex is an integral part of any romantic relationship, and a lack of it for no apparent reason should drive him away for sure. Make kissing, touching, caressing, cuddling, and sex itself off-limits, and he will be left wondering what went wrong. If you do this enough times, he will get the point that there’s something definitely wrong. When he asks you, merely shrug and say you’re not in the mood, or give him a lame excuse that he knows is complete and utter BS. That should get the point across that you’ve lost interest in him, and that both of you would be better off with someone else.

Most men don’t like girlfriends who are clingy. So you become the clingy one all of a sudden. Text him every twenty minutes, ask him to call you and tell you where he is and who with, every half hour, tell him I love you every chance you get, call him every hour or so, just to ‘check on him,’ or because ‘you were dying to hear his voice,’ or something along those lines.

Better yet, to spook him all the more with your clinginess, call him in the middle of the night and tell him you love him, and that you miss him so much that you can’t sleep. Inundate your messages with heart emojis, or other equally sappy ones to spook the bejesus out of him. Sooner rather than later, he will dump you because of your ‘clinginess.’

In as public a place as possible. Whether you’re out for dinner, or at the mall, start making a scene for an imagined slight against you. Steadily raise your voice till everyone around you stops and stares. Be as illogical and harebrained as possible in your accusation and the following outburst. This is going to cause serious embarrassment to your boyfriend, and he’ll break things off with you as you as you get home, or right that minute, if he’s mortified.

Suggested read: The complete guide on how to tell your parents you have a boyfriend

If none of these tips work, then just say it like it is. That you think it’s best if you both parted ways, that there’s nothing left of the relationship, that you both would be better off with other people. If you want to drive home the point, then list out all his qualities and traits and quirks that you absolutely hate. That should do that trick, if not anything else.

These tips for making your boyfriend dump you are reserved for those men who are extremely irksome and have hurt you in one way or another. Because these tips call for you to channel your inner meanness, you might want to use your discretion while using them on a guy. After all, you’re not a bad or a mean person to begin with, and even hateful boyfriends deserve a modicum of respect and patience. Good luck!

Article Name
I Hate My Boyfriend: 10 Surefire Tips To Get HIM To Dump YOU
Author
Chaitra Ramalingegowda
Description
If you're thinking - I hate my boyfriend; how do I get rid of him? - you've come to the right place!