9 Unmistakable Signs You Are In A Love-Hate Relationship

Do you ever feel that you’re in a relationship that isn’t quite normal because of the kind of feelings that your partner brings out in you?

Do you ever feel that although you love your partner unconditionally on most days, there are days you secretly wished to throw a flower pot at their head?

Do you feel that your partner makes you love and hate them at the same time?

The thing about a love-hate relationship is that it’s pretty common, and it could generally be the case when you date someone new. But, yes, it could be the case even if you’ve been dating for a while. It has nothing to do with you, but with the person you are seeing. This person may show intense emotions or behavior at regular intervals, making you love and hate them simultaneously. Certain characteristics of this person amuse you beyond belief, and then some leave you feeling resentful about them. And then you are left wondering whether it’s possible to love and hate a person at the same time. Yes, it is.

It’s probably hard to imagine yourself in such a situation, if you haven’t been in one such relationship. But if you have, then you know exactly what we’re saying.

If you belong to the former category, here are 9 signs that tell you are in a love-hate relationship, so that you can decide if it’s worth it to even be in such a relationship.

To the whole world, you both may seem like an ideal couple. A couple who gives other couples a complex, with some serious ‘relationship goals’ that have been set. You both seem perfect for each other; it’s like a match made in heaven. But only you know what’s on the inside. You know that all this is a farce, and at times, you really want to get out of this. The other person is completely different on the inside, and only you are (un)privileged enough to see this side of them. It’s all broken into pieces, and there isn’t a way out.

You are forever on your toes trying to win their heart. In such a love/hate relationship, your partner makes themselves seem like a lottery prize, that is unattainable and that has to be won. They make themselves feel like a prize, something you deserve only if you’ve been able to meet certain criteria and have worked for it. So, keeping up with them may be slightly difficult because it feels like a competition all the time! This isn’t the Olympics, but a relationship, and you mustn’t feel like a participant waiting to win something. But sadly, that’s how a love/hate relationship is, the partner acts pricey all the time, making it a big conquest for you to win them over every single time.

There are issues – big issues, small issues, and irrelevant ones. But the problem is that these issues haven’t been addressed at all. Either you never talk about it, or you simply ignore it and move on. But soon enough, these unresolved conflicts surface because they have been bottled up for too long. Leaving conflicts unresolved causes severe damage to any relationship, and in a love/hate relationship, this seems apparent. It’s a given that when you don’t resolve conflicts, or don’t come to a valid consensus, the relationship takes a beating. This further adds to your misery and spoils everything that is even remotely nice in the relationship.

A love/hate relationship witnesses a cycle of breaking up and making up. After a big fight, it looks like the issues have been resolved and have been repaired, but then that doesn’t last too long. You come back to square one and there is a repetition. So no matter how many times you fight and apologize, you keep doing it all the time without moving forward. If there are several breakups, there are even more makeup sessions, but the only problem being that it’s repetitive. It never ends. Going on and off in a relationship isn’t healthy. You could have differences, but if you have more differences than similarities, it could be harmful in the long run.

Suggested read: 10 compelling reasons to date someone who is afraid to love

5. Intense emotions all over the place

Your emotions are all over the place and you can’t seem to comprehend what’s going on. Whether it’s even possible to have such extreme feelings for one person. Because if you’re happy on a Tuesday morning for something your partner did for you, you could be devastated that very evening for something they said to you. So, your emotions switch immediately, and it’s beyond you to understand what is really going on. These sudden outbursts, the varying emotions, and the lack of support from your partner make it very difficult for you to have a handle on your emotions. It’s simply messed up.

6. Hating some parts of your partner

Apart from having parts of the person you absolutely love, there are other parts you absolutely hate. Yes, hate! Not even dislike. Despite letting them know and giving them feedback, your partner doesn’t seem to care and will always force you into hating some things about them. It isn’t done on purpose, but it’s something you can’t stop yourself from doing either. Because they are like that, they wouldn’t change, and it only makes matters worse for you.

7. Speaking behind their back 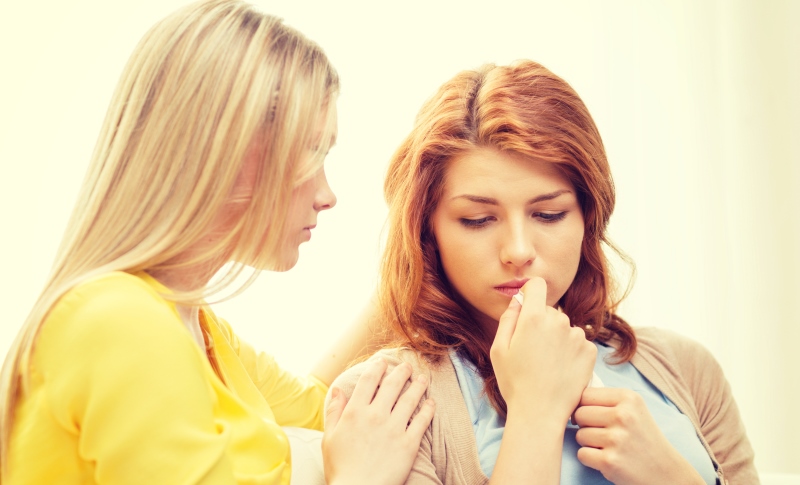 There is so much resentment you harbor for them, that you can’t speak to your partner about it, but you are constantly telling other people all about it. You find solace in talking to a friend who isn’t judgmental, or even a supportive family member. Because you simply can’t talk to your partner. They don’t understand and it’s hard for you to open up to them. You begin talking behind their back, which isn’t a great thing to do, but it surely changes the whole equation between you both.

8. There ain’t a purpose to this relationship

In other words, there isn’t a future to this relationship. You don’t know what’s next. Whether your partner will take this relationship forward or not, you simply can’t tell. Sometimes when things aren’t going well, and when you begin to weigh the pros and cons, you realize that the cons outnumber the pros, and you actually start wondering about the purpose of this relationship. Why are you still in it? Why haven’t you dumped them yet? The future seems bleak, and there seems to be no purpose to it.

Obviously when a person makes you go through a roller-coaster ride of emotions, you fail to bond with them. There isn’t a deep connect, and it’s simply a relationship that is there for the heck of it. Because even if you want to, you can’t. The other person might find it difficult to open up or develop that emotional bond with you. So, it seems more like a platonic relationship without any connect.

Suggested read: 10 valid reasons why some of us are afraid to love

A love-hate relationship may not be ideal, but sometimes a few things aren’t in your control. It may seem vague in the start, but it only gets worse. Some couples stick by each other and make it work. Some prefer the drastic feelings and the thrill they get from it. So, it works for some, for the others, it’s just too exhausting to be in a relationship that sees so many emotions all at once.

For a human being to swing from one emotion to the next is quite cumbersome, moreover the relationship itself isn’t a solid one. So, more often than not, you find yourself questioning it and yourself. It may not be an ideal relationship, but as long as you can make it work, it’ll work. The day one of you stops playing your role, the relationship will come to a grinding halt. In a love-hate relationship, the future doesn’t look promising. Some of these relationships are worth fighting for, but only if you know for sure. And only if you’re willing to put in that extra effort. 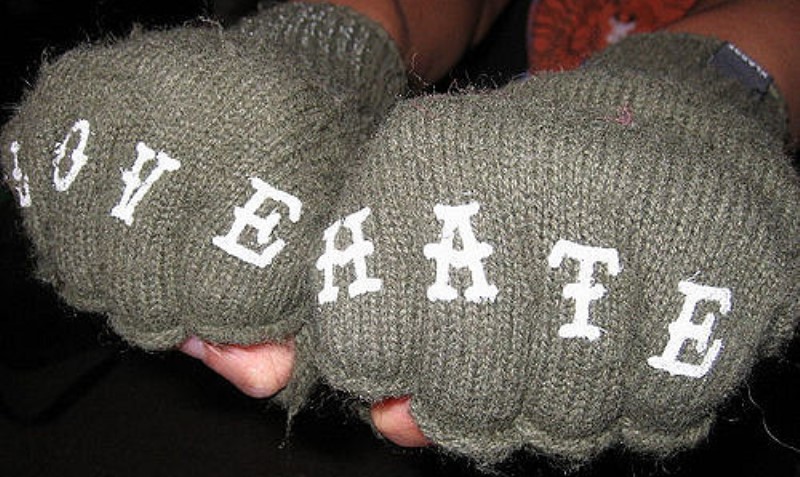 Article Name
9 Sure Signs Of A Love-Hate Relationship
Author
Steffi D'Souza
Description
A love-hate relationship is easy to identify. While at one point, you absolutely love that person, at other times, you could be loathing them!