Why Black Lives Matter: A Black Woman Requests Her People To NOT Get Tired Already!

It’s a year since the death of Sandra Bland in police custody. Many people of color, like myself, and those who don’t belong to our race, but nonetheless, carry the power of empathy, are still trying to recover from the encounters of Alton Sterling, Philando Castile, and five police officers in Dallas. We do feel troubled and distressed while telling the world why black lives matter, but we are also exhausted!

Being a black woman in the U.S. can be draining. Well, life in general is demanding, but what I am speaking of here, is an exhaustion particularly linked to Blackness, and more specifically, to the country I love, America. Yes, I love this land, though the land just cannot seem to return the love.

I am 29, and have already seen so much death and brutality and anger, that it has left me unsure of how to go ahead with my life. I don’t know how to carry on. I am tired. 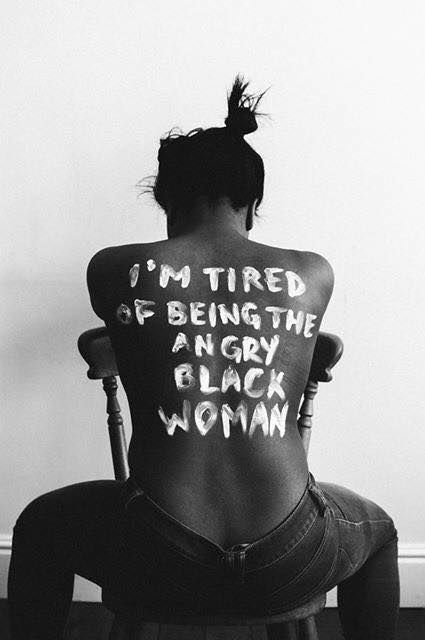 I still remember my first day at school. My dad walked me that day, since Mom was waiting, and he wanted to be a part of a very significant memory that I would reminisce for the rest of my life. Well, there is also another reason why he wanted some ‘alone time’ with me. I kept prattling the whole way unaware of this, but he was quiet. Now when I look back, I think he was scared. Once we reached the front gate, he gave me my lunchbox, and got down on his knees. He placed his gigantic hands on my pint-sized face and said: “You are beautiful in your skin. Don’t allow anybody to tell you otherwise.”

I was 5 at that time, and what he had just told me made no sense then. I knew, however, that he wasn’t finished. I hoped the next part of what he was about to say had something to do with a new toy, or a water bottle, or more play time! But instead, he introduced me to the real world.

“More than often you will be the only black person in a room, and the rest of them will make fun of you, and ridicule you, for the color of your skin. You will have to deal with that, alone.”

My dad was a plumber who hailed from the Deep South. He was raised on the streets, and had never been to a school. So we cannot blame him for not putting something that grave, more articulately to a child of mere 5. Since he had experienced lynching of the worst form, and watched his people being shot right in front of him, instead of being shown on a television screen, he knew how urgent it was to prepare me for the worst. 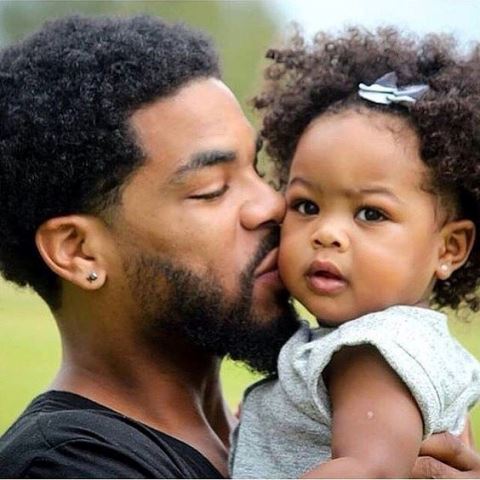 My mother, on the other hand, was a step ahead. She knew that the challenge of being black would be worse for me since I was also a woman! She realized that it was not only important for me to know about the discrimination faced by my people, but also understand our history and culture, so that I was actually proud of my black identity. She taught me how to draw strength from my blackness.

But today, I am tired. I am tired of discussing the injustices that my fellow men and women have faced, and still “deal with” in the U.S., and all around the globe, for that matter! It’s not just me. A number of my friends and colleagues who are people of color, tell me the same thing about how tired they feel, because it appears that no one cares!

However, I cannot allow my weariness to stop me from talking about black lives, and why black lives matter, time and again. Like I said, I do find it exhausting when people expect me to be a representative of my race, as if that is the only thing that defines me. It also creates a great amount of pressure. Usually, like my father had once warned, I find myself the only black person in the room, and that means I am the only one who has to point out that there is something wrong, and that it needs to change. But I have to go on, no matter how dreary my life might become. If I don’t want the ‘would-be allies’ of the black people to remain oblivious to our struggles, I have to speak for my people, and you have to do the same. 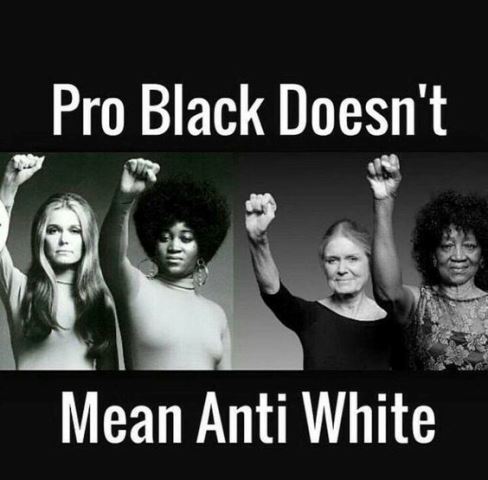 Don’t get tired of explaining what is racist and what isn’t. I have been granted a series of privileges, and so when I find myself in a place of authority, where my voice can make a difference to my people, I cannot back out saying that I am tired. Even if I feel forced to explain why it is not alright for people to use the N word, I have to address it. I am obligated, and so are you, to explain, even if it is for the thousandth time, that racism is not mere prejudice. It is institutional. It is structural. It is an oppressive force, and not just a force of abhorrence.

Suggested read: The “Naked Truth” about the Burkini Ban!

I have carried out focus group interviews with a number of black women in different parts of the U.S., in the past few years. Their responses to the questions have been quite similar except in some cases depending on the freedoms or the lack thereof. A majority of them, however, have been almost univocal on one thing, though, on the question of having children and raising them in this part of the world. They don’t want to risk it. They feel that “their lives will be worse than mine.” Their response is not only motivated by the economy or the shortened life expectancy. They are skeptical because the progress of racial equality and equal opportunity, has been stalled since the ‘80s. And there is no denying of the fact that the future looks murkier and bleaker!

They also spoke of how watching stories of Black people on social media sites like Facebook and YouTube, did not fill them with strength. Rather, it scared them further. These stories that inundate our lives on a regular basis, are not stories of hope, optimism, and faith. These are stories of cruelty, bleakness, and futility. These videos served as reminders that if the color of your skin is black, you are not eligible for a due process of law. All you can do is to pray that the next story is not about you or your loved ones.

The only thing I could muster strength to tell them was that though we are tired of fighting for equality in practice, we cannot be done yet! We have to learn to find hope in heartache, and beauty even in the midst of desperation and horror. We are caregivers and also breadwinners, and we have shown incredible strength and resilience while being both. To help others rise over centuries of oppression, we have to fight, not only racism in the world, but also misogyny at home and outside. For us, the struggle is rougher, and so, we are not allowed to be tired!

The other issue that really needs to be addressed is the case of “All Live Matter”. 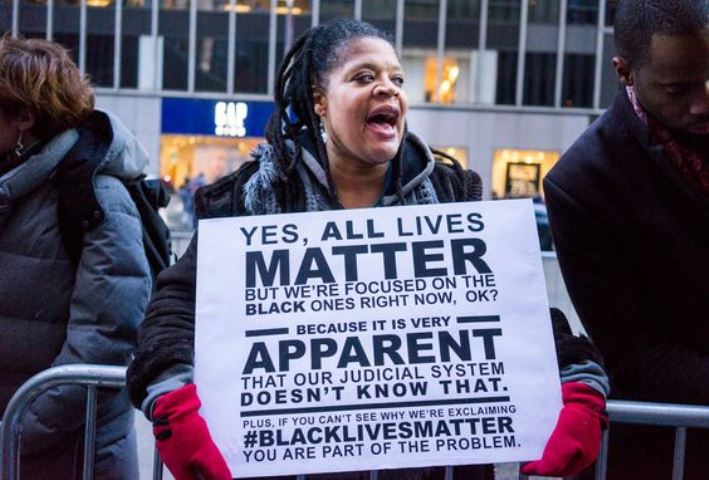 I think we and our fellow white people, really need to have an honest discussion about this movement that’s running parallel to ours. Now, some of my white friends have even told me bluntly that singling out Black lives by harping on why Black lives matter, is somehow projecting that white lives don’t matter! Now, for all those who think alike, here’s a micro-level example to show why this is not true:

Imagine you and your friends go out to a restaurant for dinner. While the waiter serves the shrimps to everyone, he doesn’t give you any. So you draw his attention and tell him, “I should get my portion.” Now, one of your friends tries to correct you. He says, “Well, everybody should get their portions.” The sentiment from which such a comment takes root is wonderful. Everybody, definitely, should get their share. And that was exactly the point you were trying to address, in the first place: That you must be considered a part of everyone, and so, must be given your portion! But, your friend’s smart-ass comment was meant to dismiss you, and it didn’t even solve your problem since you still haven’t gotten your share of shrimps!

Just like asking the waiter for your portion, “Black Live matter” also has a hidden “too” at the end. But if we go back to saying ‘All lives matter,’ we will be dismissing the whole problem! 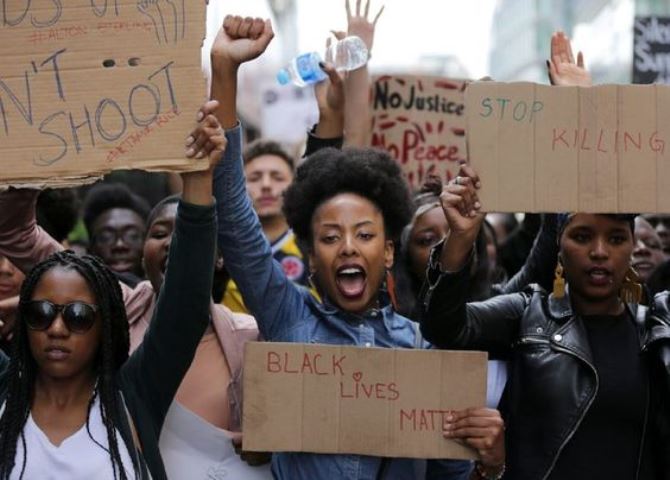 As an African-American woman, this movement is essentially about my life, and of those I love. I have taken part in die-ins and social media campaigns, and so, I consider myself an activist. And here’s my appeal to you:

As you watch the movement unfold, think about these girls you see. These are young women, who are making it known that they will not endure state failure. They will not stand the inability of other communities to identify and value their lives or their leaders. These women are not only drawing attention to the discrimination faced by their race, but also, representing black women’s fight for justice. From the woman in the elective office to the trans-female who is dying for it; from the attorney who’s representing us, protesters, to the little girl of 5 holding up a sign for Rekia Boyd, they are all fighting for you.

And you say you are tired already?!

Article Name
Why Black Lives Matter: A Black woman requests her people to not get tired already!
Author
Anonymous
Description
A black woman appeals to her fellow protesters to not lose hope, and say they are tired of explaining why black lives matter.