In the past, famous personalities have steered clear of making their fears, personal sufferings and ordeals, public. ‘Log kya kehenge’ has haunted them too. But, today, things have changed. Celebrities realize the responsibility they carry towards the people who are devoted to them. And so, they are baring their soul about their concerns and distresses, hoping that people would be inspired to hold in there, if they knew they aren’t alone.

A year back, we saw Deepika Padukone sound off on her depression. She was applauded by the whole world for letting people in on her traumas just to show them that celebs aren’t infallible. She was courageous enough to spell out the truths of mental ill-health, something that the Indian society considers a taboo, even today. There is a strange, irrational but apparent stigmatization of those who are going through depression or have gone through depression in the past. Deepika’s story encouraged a number of others to come ahead and seek proper care, instead of keeping the illness under wraps.

Over the years, we have seen such powerful personalities raise their voices against social evils, while letting the world in on their own survival stories. Kalki Koechlin shocked us by opening up about being abused, sexually, at the age of 9. Barkha Dutt spoke of experiencing violence at the hands of the man she was dating in college. We saw Oprah Winfrey talk about being molested by her cousins.

Through these haunting stories, these stars are telling people that the world is brutal, and no matter how celebrated you may otherwise be, life won’t be a cake walk for you.

The social campaign #LetsTalkAboutRape, initiated by Hindustan Times, will see 8 distinguished Indians pen open letters, lashing out at the harsh reality of rape and sexual assault in India. On Monday, 3rd of October, we saw Farhan Akhtar liftoff the series with his open letter to his daughter, Shakya, on sexual violence and rape.

Today, the Olympian Bronze medalist, Mary Kom took the baton from Akhtar, and has published a stirring letter to her sons, revealing her own experiences of sexual violence and molestation. Mary Kom’s open letter begins by stating something that is obvious, but not adhered to by many parents. She says,

“You, my boys, are only nine-years old – and the youngest only three – but this is the age where we must sensitize ourselves to how we treat our women.”

On molestation and sexual assault

Mary Kom’s open letter reveals something, she has never told the public about. She writes to her boys,

“Your mother was molested, first in Manipur and then again while she was out with her girlfriends in Delhi and Haryana’s Hissar. I know it is shocking to learn that even a woman who has earned her spurs, boxing her way through life, was made to feel violated.”

Mary Kom is a six-time World Amateur Boxing champion. She won the gold medal at the 2003 Asian Games, and a bronze at the 2012 London Olympics. And yet she was molested? Sounds absurd? Well, it is true, because sexual assault has nothing to do with who you are, where you are from, or what you wear. It is about, as Kom writes, “a misplaced sense of power and revenge”.

On gender roles and stereotypes

Mary Kom’s open letter moves you from within as she sheds light on her sad encounters. But it also enthuses you by hammering on myths of gender roles. She tells her 3 sons about traditional gender roles: what’s ‘expected’ of a man, and what’s ‘not expected’ of a woman, to be specific. Kom writes,

“You grow up in a home where we teach you respect and equality. Your father does not go out to do a nine-to-five job – like you see your friend’s dads doing – because one of us must always be there for you.”

Kom, who is an adoring mother to her sons, and a Member of Parliament warns,

“I have the utmost respect for your father who now dedicates his time for me and for you all. You will soon hear the words “house husband” but remember that’s not a slur; neither is it derogatory. He’s my strength, my partner, who walks with me through every step I take.”

Mary Kom, in her letter, enlightens her sons of the unfortunate, yet perceived, racial discrimination faced by those who hail from the north-east of India.

“You might be walking with me one of these days to hear your mother being called a ‘chinky’. That is a slur. That is racist.”

It is shameful that even after adding feathers to India’s cap, Kom has to reaffirm her citizenship. She goes on to say that her boys, too, will grow up to become proud Indians. The World Champion woefully exclaims,

“My country has given me fame and recognition but I am not recognized by each person on the road – as an MS Dhoni or a Virat Kohli will most certainly be – but I do not deserve to be called ‘chinky’.”

On the importance of parenting, right

Mary Kom ends her open letter with a message that every mom should tell their sons, from a very tender age: Make this world a better place for everyone. The Padma Bhushan awardee resolutely puts it, saying,

“I would fail in my duty as a mother, if I did not tell you – all great sons of this country – that we alone have rights to our bodies. Respect women when they say ‘No’. Don’t stalk them to death because they have said ‘No’…Desire is beautiful when it is reciprocal. We have often heard the explanation of ‘boys will be boys’. Let’s build a society where girls can be safe, secure and respected.”

Teaching boys to respect girls and women, needs to be done really early in their lives. And so, the guidance of parents becomes vital, if not everything. Children believe whatever their parents tell them, since they are their first source of information. Also, children imbibe whatever their parents do. So if you profess one thing, while practicing something entirely different, they will not believe your words, but take in your actions. As a mother, you need to respect yourself, your choices, and your body. Also, you need to be cautious about the way you talk of other women. It will take very less time for your self-scorning and gendered disparagement to trickle down to your children.

It is also very important to talk to children about sex, once they reach puberty. They need to know, from you, about the changes they are experiencing, instead of an ill-informed source on the internet. You need to tell them that sex is natural and MUTUAL. You need to talk to them about what is interesting and distressing about pornography, before they encounter that on their own, and conjure up weird ideas about the same. Teach your kid the f-word, and before you hit the roof, I mean, feminism. Tell them that feminists are not anti-men but people (men and women) who want a world that is equal, socially, economically and politically. Make them proud feminists.

Tell us what you think in the comment section below. 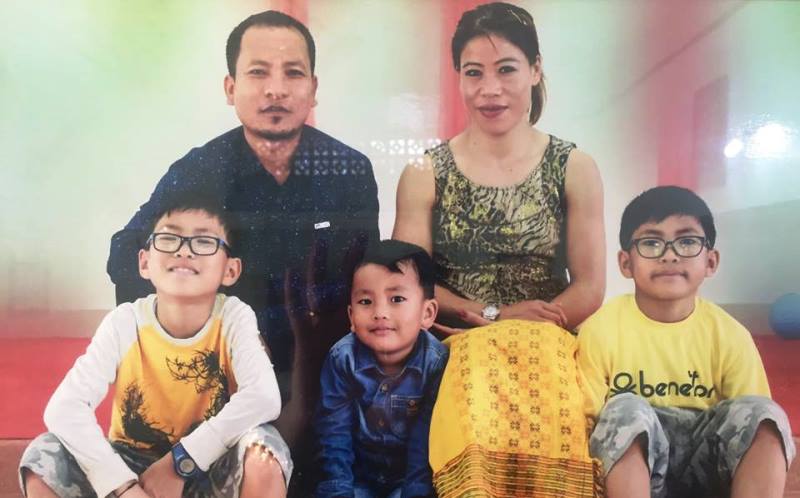