Primetime Emmy Awards can be likened to the Oscars of the small screen. And this year’s red carpet for the Emmys was no less fashionable than the Oscars’ red carpet. Television’s most fashionable ladies descended on the red carpet laid out in front of the Nokia Theatre in Los Angeles on September 20th, and it truly was a sight to behold.

Some might say that the weather was hell-bent on playing spoilsport, what with temperatures hovering in tail end of 90 degrees, but glamour and haute couture do not make exceptions for pesky little things like humidity. From Scandal’s Kerry Washington to Homeland’s Claire Danes, from Sarah Hyland of Modern Family to Taraji P Henson of Empire, from Mad Men’s Elisabeth Moss to Orange Is The New Black’s Laverne Cox, the glamorous ladies were truly stunning in their shimmering, glittering, trend-setting gowns.

So, without further ado, let’s take a look at the best dressed ladies at the red carpet of Emmy Awards 2015. 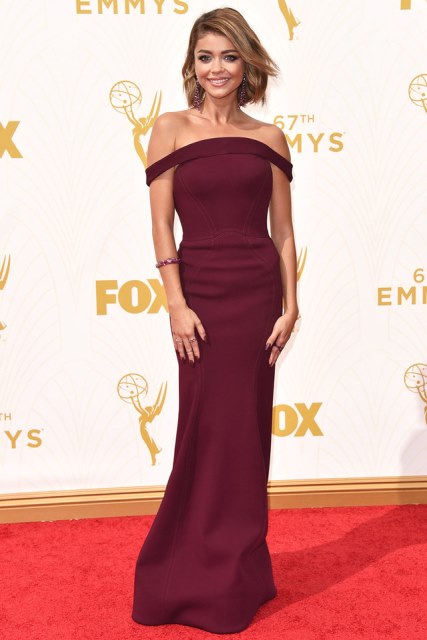 The 24-year-old pretty actress from Modern Family sure does know how to set the red carpet ablaze. Hyland wore an oxblood gown by Zac Posen, which left her shoulders bare and a peekaboo back. With minimal makeup and matching Lorraine Schwartz and Ofira baubles, Hyland truly glittered on the red carpet. 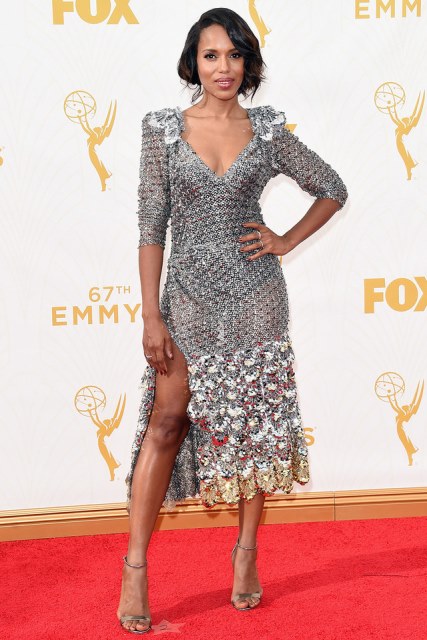 Scandal’s Olivia Pope aka Kerry Washington rocked the red carpet with a fresh-off-the-runway mesh dress designed by Marc Jacobs. Just 72 hours before Washington wore it, the dress was debuted on the runway at New York Fashion Week! Her seemingly simple look was accessorized with a pair of silver shoes and $1.25 million worth of Harry Winston jewels. Whew! 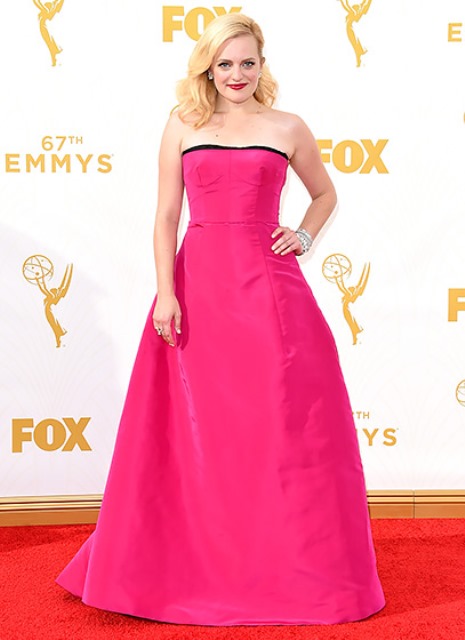 Among the bare-shouldered ladies, Elisabeth Moss from Mad Men swirled across the red carpet in a magenta Oscar de la Renta dress. With a simple hairdo, Moss teamed her dress with Beladora pearl and diamond bracelets. 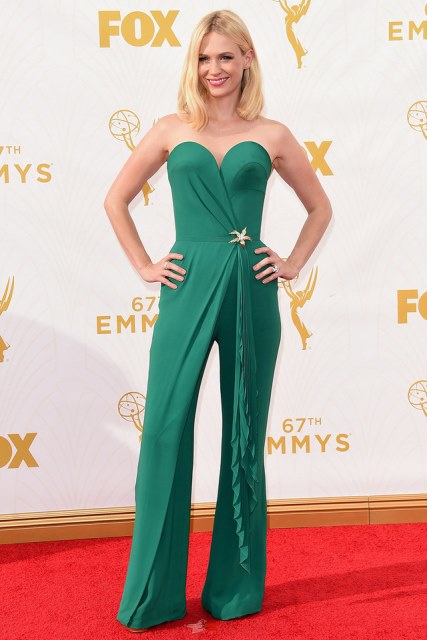 Another Mad Men actress to have chosen a well-suited dress was January Jones. Dressed in a jade-hued Ulyana Sergeenko jumpsuit, Jones cut a fine figure on the red carpet. A flame brooch at her hip and other assorted jewels from Tiffany & Co., Jones sure made a style statement. 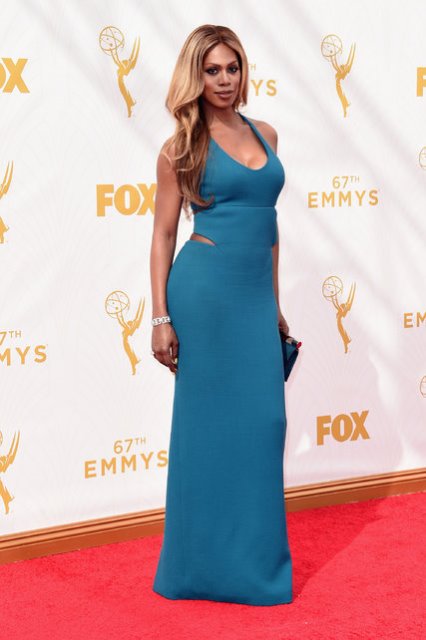 Orange Is The New Black actress Laverne Cox brought shine to a pretty teal gown by Calvin Klein Collection, which had strategically placed cutouts in the back, which pretty much kept the actress cool and calm in the sweltering heat. 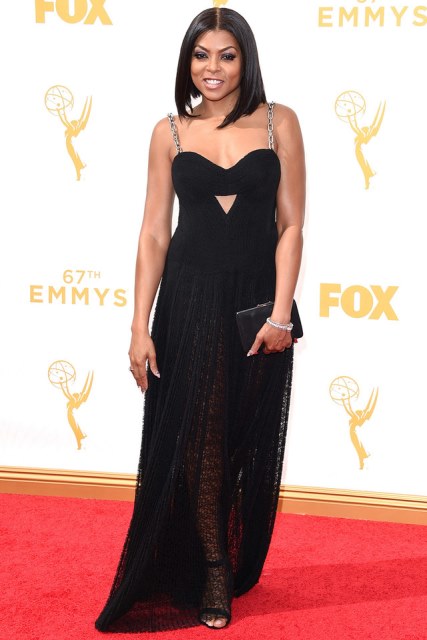 The leading lady of Empire wore an Alexander Wang custom creation with micro-pleated lace number with chain straps. With her hair in a simple do in a center part, she rocked suede sandals and a minaudière, and completed her look with platinum Neil Lane jewels. 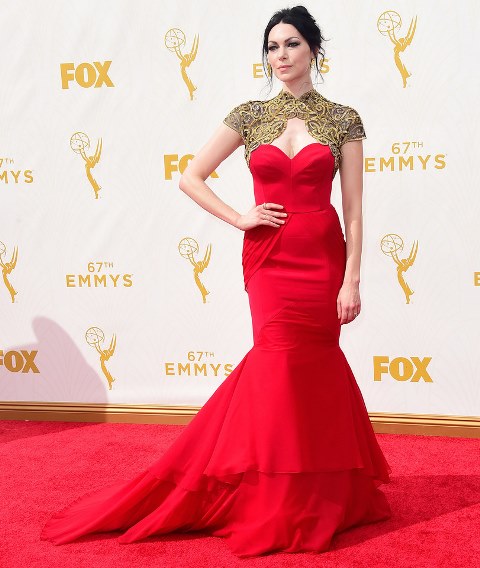 Another OITNB star, Laura Prepon, wore a corset-style red gown with a fishtail hem, the top of which was a gold embroidered semi-jacket, which accentuated her trim figure. With little to no accessories, Prepon rocked the red fishtail number.

Suggested read: MTV VMAs 2015 red carpet dresses – outrageous to out of this world! 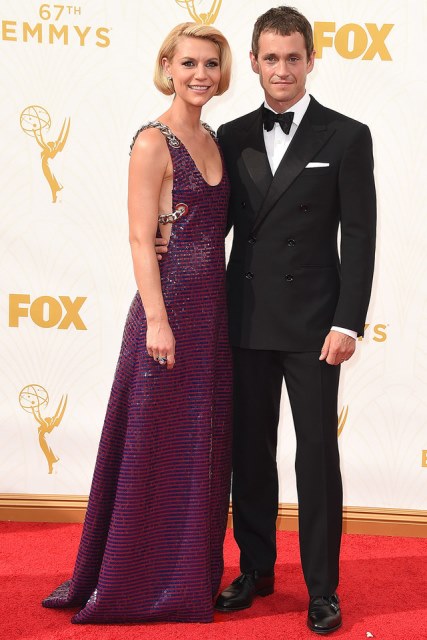 Homeland actress Claire Danes, shimmered on the red carpet in an amethyst sequined Prada dress with buckled accents. Simple hairdos seem to be the order of the day, because Danes wore her short hair parted on the right, and she accessorized her look with Cartier jewels. 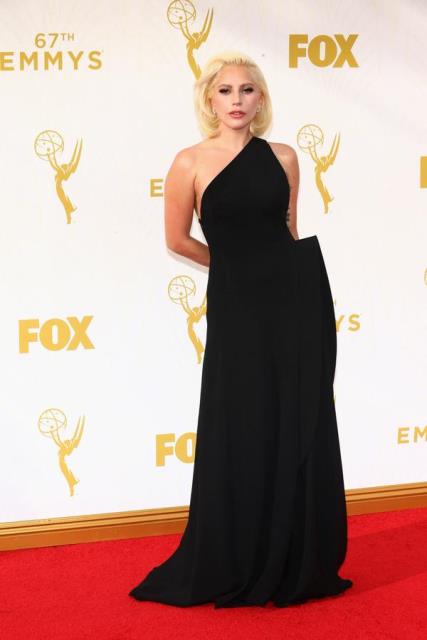 Seems like the Bad Romance singer Lady Gaga has come a long way since her meat-dress days. She wore a black form-fitting dress which flattered her curves in all the right places, and her elegant blonde tresses added to the overall look, making her look graceful and click-worthy. 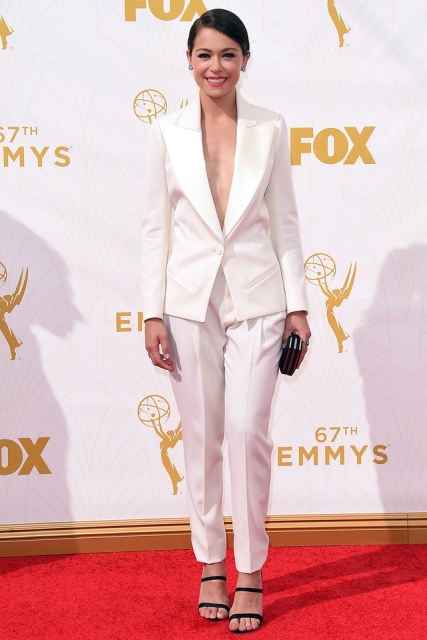 Last but not least, Orphan Black star Tatiana Maslany, cut a fine figure in a white suit, which she teamed it with a black clutch and a pair of strappy sandals. The suit which had a plunging neckline and side pockets, was like a breath of fresh air amidst all the gowns and dresses.

That was our list of best dressed ladies on the red carpet of Emmy Awards 2015. Which was your favorite? Do you prefer to see these gorgeous ladies in gowns or suits or jumpsuits? Tell us in the comments below!