10 Cringe-worthy Clues Your Man Is A Male Chauvinist Pig

When I look around, I do see a change. Not a drastic one, but one that’s headed in the right direction. Feminism is gaining importance, and both men and women stand up for it.  Society has become more accepting, but there seems to be room for improvement.

Probably, when my own parents were growing up, things were different, because I remember the generation before theirs had rigid ideas. They were particular about what was right for women, the roles they must stick to, and their limitations were set. Women driving buses or raising children single-handedly was something my grandmother had never heard of. But over time, we as a society, have become more accepting towards such changes. I don’t know why it took so long for people to realize that, but then again, I’m glad it’s happening slowly yet surely.

So, given the equal importance and opportunities available to her, a woman in today’s world is never going to date a male chauvinist pig, that’s certain. No one in their right mind would do that. But sometimes, love can be blind and could truly render you insane, making you oblivious to certain chauvinistic characteristics displayed by a man. It’s not your fault, because sometimes you see what you wish to see, and we understand that.

Maybe a sexist comment here, and a little joke there, would be alright to dismiss because you are in love. When in love, you don’t seem to care much or dwell over these silly things, right? That would make you a woman who is easily offended and not a favorite among men! Thus, you want to blend in; you’d laugh at some downright sexist jokes on women and ignore other comments coming from a man you’re in love with. You’d also happily brush aside any other clues that scream that your man is a male chauvinist pig.

Here are some clues of his chauvinism that you must not ignore no matter how madly you’re in love.

1. His career is more important than yours

If he is an MCP, he’d most definitely consider his career the more important one. So no matter how much you want to do something, he will budge only if it’s beneficial to his career. Because he thinks a man’s career is more important than a woman’s. Say, you both are earning equally well and you happen to get a brilliant opportunity in another city and wish to move there. But guess what? Your partner doesn’t want to move with you, and he finds excuses to tell you that this move isn’t right for the both of you, or simply says that he won’t come and that you’d have to give up this opportunity. That’s your first cue.

2. He wants to be in charge, always

While there isn’t anything particularly wrong with that, and sometimes women are smitten by men who take control, it could be a little irritating when a man wants to control every freaking situation. I’ve come across one too many men who would refuse to let their sober wives drive their car and insist on driving it themselves, no matter how drunk they are. That’s just a silly example, but, you get my drift?

3. Intimidated by your success

If a man can’t handle your success or makes you feel bad about earning more than him, either by stray comments or jokes or by condescending and trivializing the work you do, he sure is intimidated by your success and can’t digest the fact that you are more successful than him. He probably feels insecure that your success would get to your head and that he no longer would be indispensable.

4. Refuses to do chores 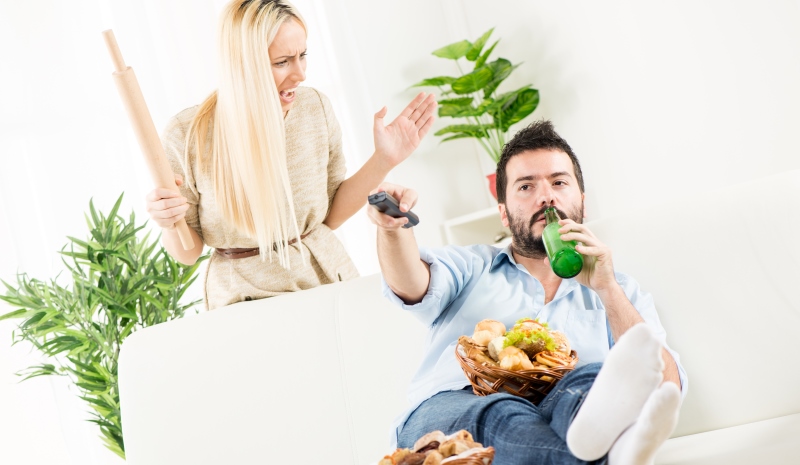 ‘That’s not a man’s job,’ is his first response when you ask him to help you chop some vegetables or make some tea for you when you have a headache. A male chauvinist pig has it all sorted in his mind that he will not do any domestic chores because he feels that everything pertaining to a house and a child is the responsibility of the woman! It’s classified in his head that he is way too superior and too much of a manly man to get his hands dirty with daily chores.

There might be something wrong with a man who doesn’t respect your family but wants you to treat his like they are descended from the Gods. So, no matter what the situation is, his family takes precedence over yours. He considers them more important because they are the boys’ parents, so you have to treat them with additional pampering and respect.

Suggested read: Why I’m not a feminist… and why that doesn’t make me a sexist or a misogynist

6. Shows no respect for women in general

Apart from making generalized biased and sexist comments like how women are bad drivers or have no sense of direction, if a man doesn’t show respect for women in general, he will never respect you. So look out for men who are trying to belittle other women around them. Whenever they boss over their mother, sister or bitch and moan about female colleagues at work, these are men you must stay away from.

7. Lays down the rules for you

Do this, don’t wear that, stop talking to him, come back in 30 minutes! Well, a man who imposes a lot of rules and regulations on you might be someone who wants to be in control all the time. He considers himself to be the master of you and wants you to obey him at all times. He takes pride in making you do his bidding as well. So beware of such men, because you might think he has your best interests at heart, but no, he just wants to lord his authority over you.

8. Makes ALL the decisions

Whether it’s buying a car or having kids, he makes all the decisions by himself – without even taking an opinion from you or asking you what your take is on the subject. So he makes these decisions on your behalf, whether you like it or not, and expects you to toe the line without even a peep. That’s a perfect example of a male chauvinist pig.

Well, we don’t say that he must always hold the door for you or offer his seat, but those are basic etiquette of being a gentleman. But I’ve seen some men not let their wives talk too much around them, or simply cut them off and interrupt their conversation, or, sit at the head of a dining table to denote his importance in the house and the like. Basically, anything he does is towards making him feel like he owns you or has the upper hand in the relationship because he is a man. His ego is bigger than anything else – even you, and he wouldn’t compromise on it!

Typically, an MCP would expect his wife to attend to his every need, literally run after him, and ensure that he gets whatever he needs to function on a daily basis. Basically, he expects the God treatment! He considers himself far more superior than you and would want you to give him his so called ‘rightful’ importance, as the man of the house.

We are pretty certain that there aren’t too many men like this anymore, but sometimes we become so blinded by love, that we tend to overlook these traits qualities and details in a person which make them a total and utter MCP. So, look out for these few clues in your man to see whether or not they are chauvinists. A male feminist will always think of his partner as equal, will not degrade her in front of others, will be compassionate, supportive of her needs and ideas, and most importantly, he respects her as his EQUAL.

A male feminist is someone who is encouraging and who doesn’t put himself ahead of his partner or her needs all the time. Most men these days are educated enough to understand equality between the sexes, but you never know; you’d never know if you have been ignoring some of these cues because you are so madly in love with him. 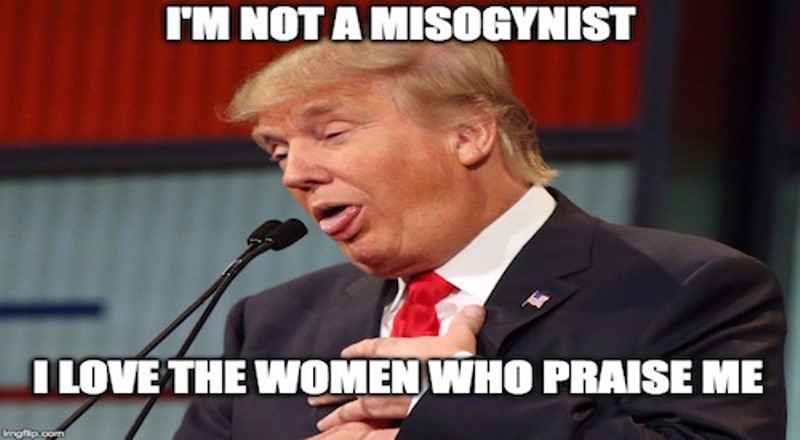 Article Name
10 Dreadful Clues Your Man Is A Male Chauvinist Pig
Author
Steffi D'Souza
Description
Does your man make disparaging comments about women? Can he handle your success? Or when you surpass him? Beware, he might be a male chauvinist pig!