10 Most Misunderstood Love Songs Of All Time

“I love a ballad but even too well; if it be doleful matter, merrily set down, or a very pleasant thing indeed, and sung lamentably.” -William Shakespeare

Love songs are everywhere. Every artist at some point in time has flirted with the idea of writing one. A well written romantic ballad can set your cheeks flush and send your pulse racing and you will find that you cannot forget the love songs that affect you deeply. The song you play when you’re gushing with hope after meeting someone new, the song you play when you’re missing someone or the song you share with someone else, each a beautiful and unforgettable memory.

But what is amazing is that there exist songs out there which make us feel the same way and yet never intended to do so. Songs heard initially that seem to talk about nothing but love; only ironically, when heard carefully,  their message or meaning is poles apart. From songs on narcotics to natural disasters, this list contains ten songs that were either wrongly interpreted or deeply misunderstood.

The next time you’re choosing a song to croon to your loved one, I would suggest giving these a miss.

The first song on this list was always intended to be a love song. The catch being that the song was meant to portray the relationship between vampires and not humans. The song’s producer/writer Jim Steinman once mentioned in an interview

“With Total Eclipse of the Heart, I was trying to come up with a love song and I remembered I actually wrote that to be a vampire love song. Its original title was Vampires in Love because I was working on a musical of Nosferatu, the other great vampire story. If anyone listens to the lyrics, they’re really like vampire lines. It’s all about the darkness, the power of darkness and love’s place in dark.”

Though excellent and technically on love, this is too dark a song to be associated with cherry blossoms and butterflies.

2. The Pixies – Here Comes Your Man

The song’s title and music have misled many a young girl (/boy, I don’t judge) to play it as the background score when daydreaming about meeting their perfect man. The Pixies were referring to hobos dying due to earthquakes in California.

In fact, the stanza after the first chorus goes somewhat like this

Big shake to the land that’s falling down

Is a wind makes a palm stop blowing

A big, big stone fall and break my crown

So, if this is the song that plays in your head when you see Mr. Perfect moving towards you, leave him be and run to the closest open space you can find.

3. The Police – Every Breath You Take/Death Cab for Cutie – I Will Possess Your Heart

Set 25 years apart,  both these songs have one thing in common, that stands out like a sore thumb once you actually go through the lyrics. They both deal with stalkers, really obsessive stalkers. “Every Breath You Take” is reasonably blatant throughout with the song beginning with “Every breath you take/Every move you make/Every bond you break/Every step you take/I’ll be watching you”.

On the other hand, “I Will Possess Your Heart” starts like a normal love song, moves towards slightly creepy and then comes this stanza

You reject my advances and desperate pleas

I won’t let you let me down so easily

The next time you decide to sing either of these songs for karaoke, don’t be surprised to see people around you get real queasy, real fast.

Maggie May might sound like a dejected lover complaining about how he doesn’t feel important anymore, but the theme runs much darker. The song talks about a young boy who had his heart stolen by an older woman. Through the course of the song, Rod Stewart sings about how the boy left his home and school behind just to be with Maggie and is now trying to escape her clutches.

Perhaps the most depressing line of the song would be “All you did was wreck my bed/and in the morning kick me in the head”.

Oh, it’s such a perfect day

I’m glad I spent it with you

Oh, such a perfect day

You just keep me hanging on

You just keep me hanging on

Would it not melt your heart if someone sang this song to you? That person probably thinks you’re as addictive as heroin. Which sounds perfectly fine till you realize that is what the song is about as well.

It is widely believed that Reed wrote this song, as a reflection of his attitude towards a period in his life, when he was addicted to heroin. The song’s addiction theme became popular enough for it to be included in the soundtrack for Danny Boyle’s “Trainspotting”, a film on the life of heroin addicts.

Suggested read: 15 Jazz songs that will make your lover swoon

If you’ve ever heard this and thought of someone, chances are the person is someone dearly beloved. R.E.M. on the other hand, wanted you to think of your ex. And not in a reminiscent manner but rather a snide comment as to how they were nothing more than a tool to pass your time.

The lyrics drip with contempt and at one point boast about being with someone new who is nothing more than a prop as well. A definite no for that mixed tape you were planning to make.

As a band, The Beatles made some beautiful music. Their lyrics were poignant and often very misleading. The same holds true for both “Norwegian Wood” and “Martha My Dear”.

“Norwegian Wood” refers to a one night stand. The protagonist wakes up in the morning in his lover’s Norwegian wood furnished apartment to find that the woman has left for work.

Romantic? Not so much.

“Martha My Dear” was written by McCartney and was a dedication to Martha, who was…. drumroll… his sheepdog/muse.

Romantic? Again, not so much.

If you’re not paying too much attention to it, “Lips of an Angel” sounds like a beautiful love song. When you pay attention, it is a beautiful love song… about your ex. And not a teary eyed, you made my life so sweet, thank you and goodbye kind of song about them either. Just look at the lyrics for a second.

Well, my girl’s in the next room

Sometimes I wish she was you

I guess we never really moved on

By the chorus, the vocalist is ready to cheat on his current girlfriend.

But girl you make it hard to be faithful

With the lips of an angel

With “Wonderful Tonight”, Clapton gifted men of all ages one of the most romantic lines to ever say to a woman. It is not surprising that people assume that “Tears in Heaven” is another of the same ilk. The lyrics are a shout out to someone and Clapton’s mellifluous voice carries that message across beautifully.

This one has a much sadder origin than the others though. Clapton recorded “Tears” as a tribute to his four-year-old son Conor who had died the year prior to the song’s release. Truly a lovely song.

It’s Adam Levine. It sounds like it’s one lover berating the other over the relationship going sour. It can’t be anything but an angry love song, right?

Wrong. “Harder to Breathe” is a song about the travails and pressure of being in the music industry. Levine aptly portrays the claustrophobic scrutiny and two-faced nature of the business with the chilling line.

Suggested read: 25 of the greatest love songs that will make you fall in love again

With that the list comes to an end. The next time you’re looking for a good love song, avoid these. “Maybe I’m Amazed” by Paul McCartney might be a good bet instead. Works for me anyway. 😀 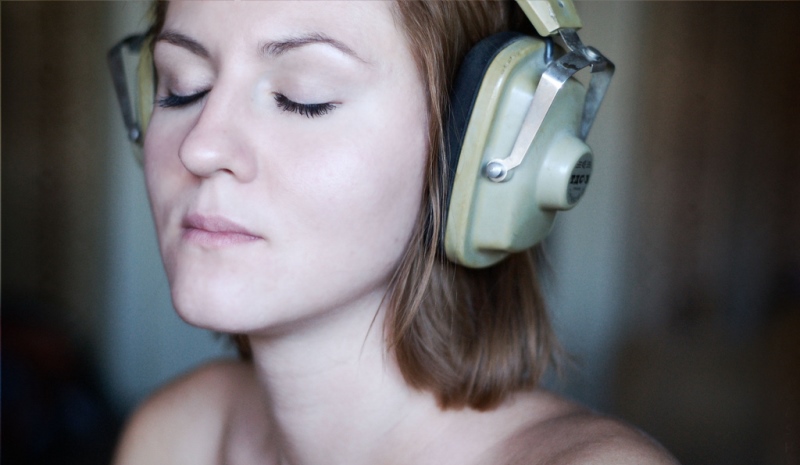 Article Name
10 Most Misunderstood Love Songs
Author
Tanmoy Nayak
Description
10 most misunderstood love songs, what you hear and what you really listen to are two totally different things.

Tall. Dark. Handsome. At least in front of the mirror. I’m moved by an endless desire to not be bored. Stories make my heart race and my imagination soar, which is why you’ll find me reading, watching and listening to anything I can get my hands on. A solipsist by philosophy, the world for me is a dream and you may say I’m the dreamer.