Whenever we speak of inventors and scientists, we quickly come up with names like Newton, Einstein, Thomas Jefferson, Benjamin Franklin, and numerous others… numerous other men. If you ask people about the female inventors, I think an average person cannot go beyond Marie Curie and Hedy Lamarr. To change this, I have created today’s post that will list 10 famous women inventors and then discuss their inventions and discoveries. 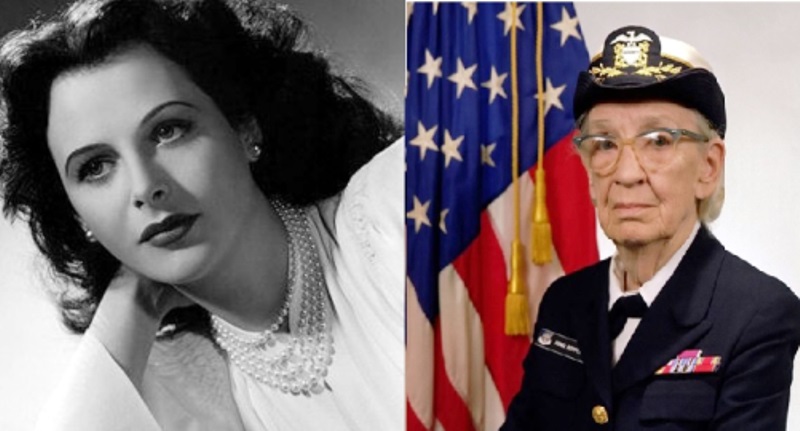 This is not an exhaustive list, and so, if you have a few names up your sleeves, that I am unaware of, please share them with me in the comment section below.

Suggested read: Here Are The Most Successful Women To Inspire Your Entrepreneurial Streak

Women’s achievement in the field of science and invention (as also in other fields) has been overlooked for years. It is important that we educate ourselves and our children about these women who broke all stereotypes and focused on continuing with their inventions and discoveries despite the lack of recognition or fame.

11 Famous women inventors and their inventions

The fact that atom could be split was Marie Curie’s discovery, which she found out while studying elements that are radioactive. Did you know, Curie was the first person to receive two Nobel Prizes? For her study on radioactivity, Curie received her first Nobel Prize. She received her second Nobel Prize after she discovered polonium and radium.

Next on our list is Nancy Johnson, who in 1843, created history by patenting a design that made ice cream. Yes, all you ice-cream lovers, Nancy is the reason for your happiness! The patent Nancy developed is still being used today. God, bless that woman’s soul, I’m telling you!

The thermoelectric power generator was invented in 1947 by a Hungarian scientist, by the name of, Maria Telkes. This generator was used to provide heat for Dover House; for those of you who are unaware, Dover House was a structure in the shape of a slice that Telkes conceived with Eleanor Raymond, the architect. Solid girl-crushing on these two women, at the moment!

Ann Tsukamoto is credited with the invention that is extremely complex and difficult to achieve. To be able to isolate stem cells, which Ann made possible has helped in numerous medical advancements over the years, advancements that have helped researchers find out more about cancer and how it can be treated. According to the experts, this stem cell isolation will one day help treat not only cancer, but also other fatal diseases.

Grace Hopper Howard Aiken designed Harvard’s Mark I computer, a five-ton, room-sized machine in 1944. Hopper invented the compiler that translated written language into computer code and coined the terms “bug” and “debugging” when she had to remove moths from the device (who knew?!) Now, just close your eyes for a minute, and try to think what the world would be like without this invention. Almost unbearable isn’t it?

The game of monopoly has been an important part of my childhood. Before the computers took over, it was Monopoly that saved us from boredom, right? Well, do you know who discovered this game that actually critiques the injustice of capitalism when capitalism is unchecked? It was Elizabeth Magie. Though the idea was stolen from her by someone called Charles Darrow and then sold to the Parker Brothers, the company, eventually tracked Elizabeth down. However, she only received a dollar 500 for this invention. That’s sad.

Another interesting fact about Elizabeth Magie’s invention; the game was originally not called Monopoly, but The Landlord’s Game!

Suggested read: Inspirational Quotes By Women Who Have Done A Wow!

The discovery of the DNA double Helix is generally accredited to Watson and Crick. Though the duo also went on to win the Nobel Prize in Physiology in 1962, sources suggest that it was not actually their brainchild.

A British biophysicist, Rosalind Franklin, discovered the double helix, before Watson and Crick. She was the first person to capture a photographic image of the double helix, using a technique of observing molecules with the help of X-ray diffraction.

She had shown this photographic image to a male colleague, who without her permission, showed the photograph to Watson and Crick. Rosalind didn’t get any credit for her discovery.

Maria Beasley, in the year 1882 invented a life raft to ensure that safety of people at sea. Sea navigators need to bow down to Beasley for her invention that in the last 150 years has saved so many lives.

The invention of the Kevlar by Stephanie Kwolek is said to be an accident. For those of you, who have been living under a rock, Kevlar is a material 5 times stronger than steel. Kevlar is used in bicycle tires, body armor, frying pans, racing sails, and musical instruments. It is also used in building construction. The material has a stretchy strength-to-weight ratio, which makes it so valuable in a number of areas, as you can already imagine.

10. Dr. Shirley Jackson – Research that lead to the invention of all things telecommunication

Dr. Shirley Jackson who conducted a breakthrough scientific research that led to the invention of everything under telecommunication, was the first black woman to receive a Ph. D. from MIT in 1973.

It was during her stint at Bell Laboratories that Jackson made her thorough research with subatomic particles. Jackson’s research enabled the scientists after her to invent portable fax, touch tone telephone, solar cells, fiber optic cables, and the technology behind called ID and call waiting.

You can already imagine the things that we would be missing without this woman’s groundbreaking invention.

11. Hedy Lamarr – A communication system on which wireless technology is based

Lamarr played the femme fatale roles opposite actors like Clark Gable and Spencer Tracy, but she apparently wasn’t the usual looks-obsessed starlet. “Any girl can be glamorous. All you have to do is stand still and look stupid,” Lamarr once said.

In ‘Hedy’s Folly: The Life and Breakthrough Inventions of Hedy Lamarr, The Most Beautiful Woman in the World,’ Richard Rhodes indicates that Lamarr’s idea of having fun was discussing stuff that mattered, with intelligent friends. Hedy neither drank nor did she like to party. She loved finding something worthwhile to occupy herself with. And that something worthwhile for her was inventing!

As time went by, Lamarr realized that she had a flair for developing problem-solving technologies. So she transformed her sitting room into an innovation and invention studio, with some necessary tools and a drafting table to begin with. One of the first of Hedy Lamarr inventions was an aid to help people that have limited mobility to get in and out of a bathtub. Then she designed a fluorescent dog collar, and after that, a bouillon cube which would dissolve in water and turn it into soda. Rhodes says that Lamarr laughed off her bouillon cube invention and called it a complete flop. However, the most well-known Hedy Lamarr invention was her most passionate project, something that had serious applications in the years to come. The communication system which the actress developed along with composer George Antheil was the predecessor to today’s wireless technology.

Although it was built for a completely different reason, the basic principles of the concepts of frequency hopping became the basis for the popularly used wireless technologies, which is our lifeline today.

“In the end, wireless is about dividing up the air into clear data transport lanes, modulating and moving data around in a predictable and accurate manner,” says Aicha Evans, Vice President and General Manager for the Intel Communication and Devices Group. The method developed by Lamarr to transmit information over the air was just pure genius!

That is all we have on today’s post on the most famous women inventors. As I told you before, this is not a complete list, and we recognize that there are numerous other significant inventions and discoveries by women over the years. If you want to share a few with us, we would be more than grateful. Please leave a comment about your favorite female inventor/discoverer and write why that particular invention/finding changed our lives forever.

Was this helpful? Will you be recommending it to others too? If you have some topics that you would like us to write on, then please do leave them in the comment section below.

Article Name
11 Famous Women Inventors And Their Marvelous Inventions
Author
Riya Roy
Description
If you ask people about the famous women inventors, they usually cannot go beyond Marie Curie and Hedy Lamarr. Let's change that today, shall we?