We’ve all binged on seasons of sitcoms in a single night till the sun shone the next day and our eyelids felt like giving up. Why? Because to an extent they mimic real life, and the added touch of fun makes it way more convivial and binge-worthy. I’ve seen people committed in serious relationships praising and worshiping Barney Stinson from How I Met Your Mother as the ‘ideal alpha’; how sitcoms force the funniest of ironies upon us! Here’s a list of 10 of my favorite couples from popular sitcoms who I feel wouldn’t last long in the real world:

This is the epitome of ‘opposites attract’, although not in the way you’d think. Leonard finds Penny ‘pretty’ and has an instant crush on her from the very beginning of the series, and throughout the series it’s been established that Leonard would sleep with anyone as long as they were from the opposite sex (Leslie Winkle, I’m looking at you). This relationship, while stabilizing in the show later on would never fly with reality.

Oh boy, we’ve reached everyone’s favorite sitcom; I’ll tread carefully here. The problem with this particular couple does have a lot to do with Schwimmer and Kaufmann’s desperation to turn their prospective relationship into a plot device. Ross is a total ‘nerd’ and Rachel is just…frustratingly bland and weak. There, I said it.

3. Ann and Tom – Parks and Recreation

There was a point in my life when I’d force my friends to watch the show, because unlike popular sitcoms like FRIENDS and TBBT, Parks and Recreation was delightfully refreshing. Ann and Tom are probably the sitcom equivalent of Ned Stark leaving Winterfell; a token mistake. Their relationship (synonymous to a series of breakups) was one long lesson on how not to date.

Yep, we’re going back in time. As a kid in middle school I’d binge on this show for hours before my parents decided I was in front of the TV for too long. Fez is the equivalent of a crazier Rajesh Koothrappali from TBBT, and Jackie well…is played by Mila Kunis. So you can guess the chances of this working out in real life.

5. Lucas and Peyton – One Tree Hill

This show killed half my brain cells, and the only episode worth watching is the pilot. I had a major crush on Peyton Sawyer back in the day, and hated Lucas because of the ‘Leyton’ fandom. So of course, I have qualms about how their relationship wouldn’t work out IRL. Lucas is the typical blank slate male character who excels at sports and has a very strict morality and is basically an empty pretty antique vase. I’d honestly prefer Nathanx Peyton over ‘Leyton’.

This show is very close to my heart, with Tina Fey being one of the best genuine (not to mention the prettiest) sitcom actresses I’ve seen till date. Prove me wrong, I dare you. Criss, to be fair is one of the sweetest guys ever, besides that he’s pretty much useless. Underemployed in his mid -20s, this guy doesn’t really make the real life partner you can trust a relationship on.

The problem with Niles and Daphne is the lack of the credibility factor. Niles and Daphne again are polar opposites, with Daphne’s humility and simplicity ‘complementing’ (sure) Niles’ annoying snobbery. Daphne immediately starts feeling for him when she comes to know of Niles’ affection for her, which is a 180 degree turn in logic from the writer’s perspective.

8. Chachi and Joanie – The Happy Days

Eyerolls are in order, for this is one of the worst and most forced couples in television history. Nobody, and I repeat, nobody wanted Joanie to end up with someone like Chachi. I’ve seen entire reddit threads going crazy over this back in the day, most pointing out the total loser Chachi was and how undeserving he was of Joanie. No wonder that their stupid spinoff got cancelled after 17 episodes.

Boy…I’m so sorry for including Futurama in this list but we absolutely have to talk about robot-human sexual relationships as they’re such a pressing matter in the 21st century. It’s painful to even write about it, and needless to say they wouldn’t work out in real life.  Here’s hoping Amy got over the endless PTSD her robosexual relationship might’ve caused.

Oh Glee, the Fifty Shades of the sitcom world; the amount of mental abuse you have to sit through in Glee is probably more than the physical torture Anastasia Steele had to endure. Rachel and Finn are, for lack of a better word, cancerous. Did I say FRIENDS was dumb? I’m sorry but Glee takes the award for that, with a string of the worst possible relationships to have graced the sitcom genre.

Well, opinions differ; prerequisites and the very idea of a ‘healthy relationship’ differ from person to person. While ideas might be subjective, none of these couples would last in the real world for long, and if they do, you’ll be looking at a couple finding ways to make each other miserable. Lesson of the day? Try your best to not be a sitcom couple and it might just work out! 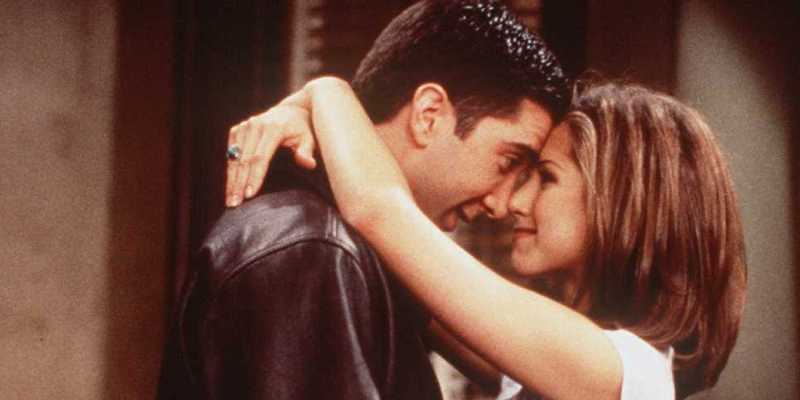 Article Name
10 Of Our Favorite Couples From Popular Sitcoms Who'd Never Last IRL
Author
Siddhartha Bose
Description
Do you think these couples from popular sitcoms would make it IRL?