There was flirty banter, intelligent conversation, great chemistry, a lot of common interests, one helluva goodnight kiss, and he’d asked for your number. Then, why on earth hasn’t he dialed the digits yet? It was perfect, right? You felt the ‘butterflies,’ you ‘clicked,’ and you felt the ‘connection’ that only someone promising could make you feel – and poof! You waited a day… that’s normal… two… okay, maybe he’s following the ‘wait-three-days-to-call’ rule <that’s so cliché, but he was cute and you liked him!>… three days… you carry your phone to the washroom too… fourth day… you build impossible scenarios in your head – maybe he’s hit by a car… fifth… you think if you should call but can’t get yourself to seem desperate… sixth… your nervous anticipation and excitement slowly starts to turn into anger… and by the end of the week, you are playing it cool, hanging out at the bar and mentally comparing all the goof-ups of men you meet to the charming guy who didn’t call you after the first date… uh uh… the perfect first date!! Aarrggh- a refill, please!

Here’s the deal – guys disappearing after the first date are as common as common cold! Okay, bad one – but you get the point, right! There could be a dozen reasons you haven’t heard from him – some built-in into the first date you thought was perfect, some to do with him and him only, and some, well… about you that you might have never thought you were putting out there.

Suggested read: If you sent a drunk-text-ed your ex last night, here’s what you need to do

So, issued in public interest – here’s for all the girls who were waiting for their phones to buzz after the first date and were disappointed:

Sometimes, you will never hear from the guy because he never intended to call. He was out to get those coveted digits from you to stroke his own ego, feel desirable, and validate the same to his buds. Self-centered and inconsiderate, well – that’s how the naked truth sometimes feels! Need another shot, huh?

2. There was an ex-factor

Whether his friends have pushed him into the dating pool before he was ready or you are lugging about some heavy baggage from your past ‘serious’ relationship, chances are that if the ex-factor crept in between the date, you aren’t going to have a second date with him, ever. If you are caught in the crossfire between wanting him and his lingering feelings for his ‘awesome ex girlfriend’ – he won’t call anyway. And if he’s had so much as a whiff of some ex-embers that haven’t gone cold for you, he’s never revving up the heat for the two of you!

3. You dropped the drive him up the wall cues

I don’t even get why women do THESE when they know that these are the ‘exact’ things that will drive him to board the space shuttle to his home planet, Mars! Goodbye, men! Wondering what? Those offhand remarks about what kind of flowers you’d like at the wedding or that you are a baby ticking time bomb, will get this ‘not-so-emotionally-invested’ man or any man on the first date for that matter, running for cover! Avoid these cues like the plague, woman, this is lethal ammo – it kills the second date in a nanosecond!

4. You came on crazy

We are all guilty of a little peeking around the corners of Facebook profiles or Instagram pics to get an idea of who this guy really is! C’mon, it’s just good sense and is called background research! But if you let the sneaky stalker in you get the better of you and let it slip up that you love butter pecan too and think that his dog Wally is rather cute, you might send his Stage-5 clinger alert into overdrive!

What you might have taken to be the giddy, gooey, mushy feeling melting your insides might just have been the wine kicking in. After all, slurry speeches aren’t quite lovey-dovey talk and stumble-y walks not necessarily ‘being in his arms.’ If you had downed a glass one too many, chances are you were imagining the ‘perfection’ of the first date while he was making a mental note to strike you off his ‘acquaintance list’ forever!

6. You paid more attention to your phone than him

If updating your status on social media about the uptown fancy restaurant he chose to take you for an ‘amazing wine-n-dine’ experience is more important to you than being with the person you are with, it seems quite just that he’d not choose to buzz that dastardly thing that ruined what could have been a perfect evening. So the lesson young lady is – Facebook, Instagram, and Twitter can all wait!

7. You didn’t pass the reach test

Most guys still take it upon themselves to pay for the first date but do not like to think that they are an ATM either. So, if you passed up as someone who was there for a free meal and failed to reach out for your wallet when the bill came in, then BAM! It ended there – for him!

8. He deemed you non-worthy of investment

If you seemed too eager to impress, pressed for a second date assurance on the first date itself, followed up with the frequency of texting you reserve for a BFF or seemed simply mildly attractive to him, he will simply cut out the ‘call’ from his to-do list after the first date. This ouch-worthy ‘non-worthiness’ for a guy’s attention could be due to multiple factors. He could have been put off by your appearance (sometimes, we women overdo the coral gloss on our lips or wear blood red), could have taken your desperation as a red signal or simply isn’t into your blabber or b*tt. Yep, OUCH!

Suggested read: Should you text him? If yes, how? Here are the answers

9. You casually slipped up an off-putting remark about yourself

If you rambled on and on about the ‘future’ to some commitment-phobe or went gung-ho about your new church to a Godless heathen or simply passed up an interest in reality television, you might have doomed your chances much earlier than you let the ‘no-call-still’ lightning strike you down!

Yep, that’s right – guys simply don’t want to make the effort! Not when they aren’t interested to or don’t feel like getting their bum off the couch and skipping their Xbox stint, anyway! Preposterous? Well…

Okay, okay – hold your horses, girl- you can’t go kick him where it hurts – coz he’s Mr. Invisible, remember?  Oops, sorry… so sorry… really sorry! Another round of drinks here, please! 😛 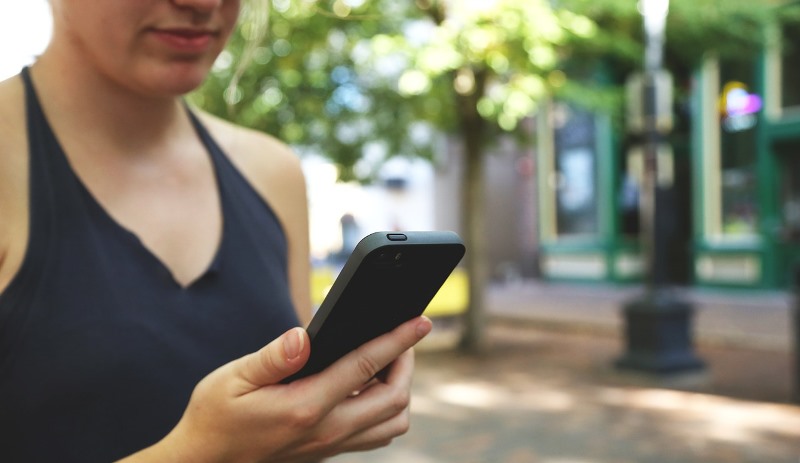 Article Name
10 Reasons Why He Didn't Call After The First Date
Author
Sejal Parikh
Description
You will be surprised to know about ALL the reasons why that charmer didn't call you after the first date you thought was 'perfect.'