Since feminism is here to stay, it is safe to say that women are progressing, gradually, but definitely. But no matter how career oriented woman herself is, there will always be people who will constantly try to bog her down with her ‘inherent duties’, pfft. Worry you not, we have just the right things to say to these people who try to bring you down.

Try these for sass the next time somebody tries to undermine your career oriented saga!

They are everywhere. Aunts, uncles, grandparents…uff!

What you should say: “Agla funeral aapka, ok?”

2. The super laid back friend

This friend will always want to ‘chill out’ and urge you to drop all your commitments and ‘chill’ with them.

What they say: “Leave work, man. Let’s go chill in Goa for the next two weeks!”

What you should say: “Okay, but you should foot all my bills until I find another job to replace the one I shall get fired from for ‘leaving’ work!”

This is the uncle who believes you have zero financial sense just because you are a girl.

What they say: “Why are you getting involved in this finance ka chakkar! Leave it to the men!”

What you should say: “So they can mess even more things up?”

They are the ones who think you shouldn’t work after marriage. Yes, of course, I have a postgrad degree to sit at home and watch TV all day!

What they say: “Your husband is earning na! Why do you need to work, beta?”

What you should say: “I am also earning na! Why does he need to work?”

Kick patriarchy in the face!

He is the one who thinks your job is more of a ‘hobby’ rather than a career.

What they say: “You’ll quit your job to take care of the kids, right?”

What you should say: “Eff off” (And break up, ASAP)

(Sometimes, it is the only way!)

This distant relative whom you’ve met once in your life decides to pop in once in awhile and tell your parents what a sh*tty job they’ve done raising a daughter.

What they say: “You are an Indian girl! Yeh sab nahi pehente!”

What you should say: “But aunty, my girlfriend says it’s nice!”

He’s the one always concerned about how you will get home, get to the office party, etc. He always offers you a lift because ‘duniya achhi nahi hai’.

What they say: “It’s not safe for a woman to roam outside alone!”

What you should say: “It’s not safe for a chauvinist out there either!”

This colleague believes that you cannot be a good leader just because you are a woman. Annoying, right?

What they say: “Are you SURE you can do this?”

What you should say: “Are you SURE you want to mess with me?”

This client does not believe you can deliver the brief to them because they would rather prefer a man do it.

What you should say: “I can do it better.”

The world will try to bring you down no matter what you do girl. All you gotta do is tune them out and do your thing anyway!

What you should say: “Watch me.”

How many of these have you encountered? 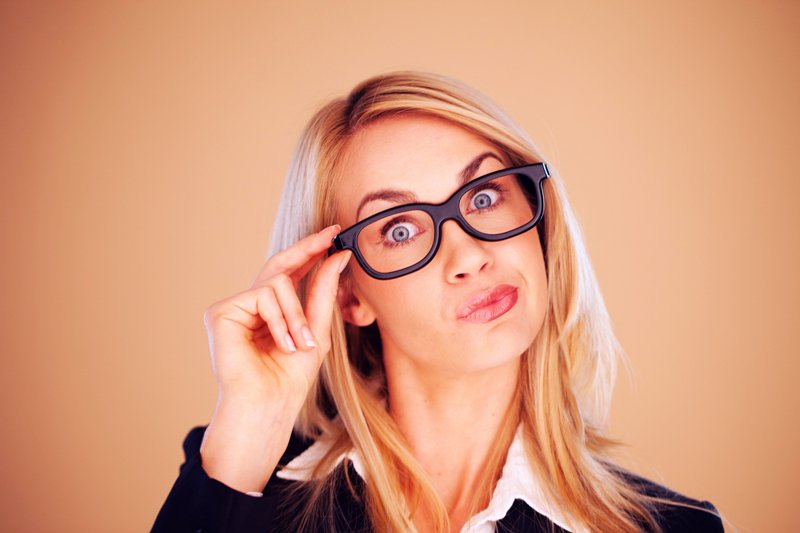