The friendzone is like the black hole; once someone falls into it, there’s no return.

Or is a comeback possible?

This guy, who is “nice,” who you conveniently dropped into the “best friend” category, because saying, “Anyone but you in my pants” on his face would have been outright rude deserves a chance! He is your safety net, your “fix almost anything” dude. Your aficionado when you need to talk about your narcissistic self and no one gives a f*ck. Your vent when you want to flush out all your made up problems and issues and still no one  gives a f*ck. Yes, this poor guy needs to get a wildcard entry!*

*Conditions apply: Only if you are single. If not, let him feel at home in the friendzone! 😉

1. Your priorities have changed

Let us decode that for you.

(Adjective): a. A god among mere men

He fits the bill!

3. You are comfy AF when he is around

In essence, you don’t even realize that he is in the same room with you. He camouflages himself pretty well with the wall colour in your room! Burp, fart, or dig that nose, and he will still be there, undeterred! If that is not true love, what is? 😛

4. He hearts your quirks

He is the only one who doesn’t call you a dumb b*tch when you quote Mean Girls and call Kim Kardashian your role model!

5. He knows you inside out

He started as a stalker, so that’s just an occupational hazard!

6. He will never leave you

It’s been 7 years since he was stocked in the friendzone. Did he nag once? No, right? So what do you think will make him nit-pick once you allow him to finally try out his fantasies with you. I am sure that’s a long list, and so he will be too busy to leave! 😉

7. He is phenomenal in bed

You have ranted to him about all the erogenous errors that your previous exes made in the sack. Do you think he is dumb enough to repeat them? 😉

8. The entire fam adores him

Your mum even blessed your relationship when you used him as a dupe to go out with that Biker boyfriend of yours!

9. He has seen you when you were a mess

3 a.m. drunk scenes to rave parties that went all wrong- he has witnessed you go through them and borne them with you! He has also consoled you when your cat passed away. So, he’s basically seen it all!

A Caesar salad is the last thing you would ever order when with him! Contrariwise, you make all your food-gasmic glutton plans with him only! (Coz he foots the bill!)

Suggested read: 20 awesome comebacks for every friendzone attempt ever

You don’t want to regret not trying it out ever, do you? If Monica and Chandler can go on to become the best couple ever, so can you both! 😉

Give the dog the bone, come-on! In case, it is an epic relationship fail, there will be someone filling his place soon, so don’t worry! 😉 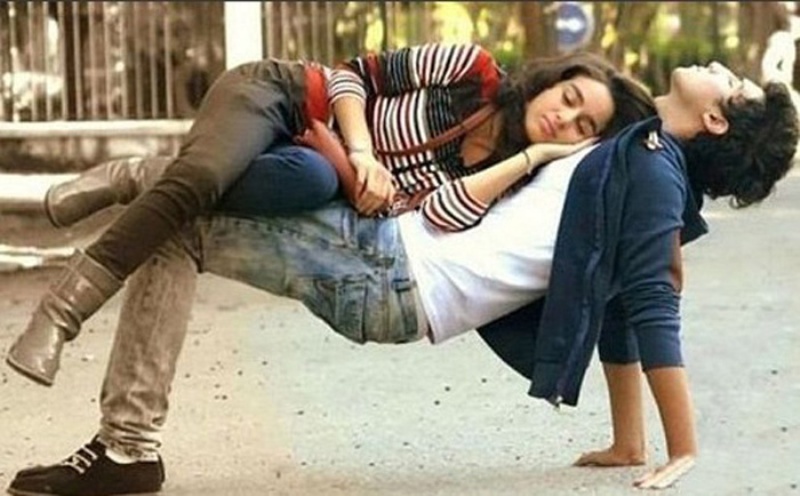 Article Name
11 Signs You Must Give The Guy In The Friendzone A Chance
Author
Riya Roy
Description
Time to bring him out of the friendzone!