Words, humanity’s most significant discovery, often fail us when we want to express our affection for someone. Hugging is the most basic form of displaying affection. Not only do we greet each other with hugs, it’s a gesture to communicate that we care. It is the perfect stepping stone between holding hands and kissing. Even if you’re not the most touchy-feely person, a warm hug can make you feel really nice. So much can be put into a hug that cannot be said in words.

Suggested read: All the different types of kisses and what they actually mean

However, every hug means something different when a girl gives them to you. Here’s a list of the different types of hugs that you didn’t know about:

This is the hug that means she’s glad you are there. It does not matter whether you are a close friend or more, she’s just one human being conveying her affection and fondness for you without any ulterior motive. It’s not too short or lengthy or tight. It’s warm and she when she lets you go, she will smile at you happily.

A hug that is a mere social convention. She simply hugged you because that is common courtesy, the way she’d hug a distant aunt who would jabber about how much she’s grown up and how time flies. If the hug is formal, light, and brief while she tries to make as little contact as she can manage, making her seem rather disinterested, know that this is the polite hug.

3. The hug she’ll reserve for her friends

She’ll hug you warmly and pat or thump your back amicably. As long as you are not interested in her in a romantic manner, this is a really nice hug that you’ll experience. It also implies that you are staying in her friend zone for pretty much the foreseeable future.

Among all the different types of hugs, this is definitely the best hug in the entire universe of hugs. This is the one that occurs between two people who are close enough to not be self-conscious with each other, who have met after ages, where you hug each other the tightest ever till you knock the air out of each other, and one of you ends up lifting the other. It is one huge squeeze of a hug. You could just keep hugging each other forever, and it is full of love and no pretentions.

When she is too tired and sleepy to think about her actions, she may lean on you and doze off on your shoulder or chest. There isn’t much to read into. She might be expressing her subconscious fondness for you or she might be unaware of the fact that you’re not a pillow; there is no sure way to know that. The point is that she is comfortable enough around you to fall asleep. She feels safe and sound in your company.

The most awkward of all, this hug is often misinterpreted as an upset or a half-hearted hug. While, in actuality, perhaps the person is not very social and is kind of awkward. This is when they’re not very well-versed about the customs of social etiquette and rather discomfited about what to do with their arms. Alternatively, they are simply not into hugging and were brought up differently. Chances are, they actually liked you enough to brave something that they are obviously not at ease with.

Sometimes, we’re really busy and we have to be someplace else really fast. How to just leave without seeming too rude or dismissing, and also letting the other person know that we care? This hug is the answer. She does have something else on her mind at that point but she also cares about you, which is why she stops to make sure that you know that.

The squeeze at the end of a hug means that you mean a lot to her. It may be construed as a flirty one but it also shows you that she has feelings for you, undeniably. She’s not in such high spirits that she will bear hug you, but she definitely likes you.

An amorous hug, this is one of the fun ones. She won’t grip you too tightly but she’ll line up her body along yours to give you an idea about the contours and curves of her body. She’ll run her hands down your back, and clearly this is her way of hinting that she finds you desirable.

A lot like the flirty hug, the passionate hug is rather intense. The probability of it taking place between two individuals who aren’t in a relationship is rare. It’s a gesture that not only communicates romantic desire but also sentimental attachment. She’ll retreat very slowly, her hands lingering on you, her eyes on yours. This is not a hug you’ll forget very soon.

A hug common among couples who have found comfort in each other’s arms, this is a very popular one among the different types of hugs. She’ll wrap an arm around you and just drift away for some time. A cuddly hug means that not only does she adore you in that moment, she is very relaxed and will not budge to do anything else for a little while at least.

The one hug that everyone avoids giving at all costs. Basically, it’s the one where only one of them hugs while the other does not respond and just stands like a statue with arms by their sides. These mostly occur when one of them is cross or chances are they don’t really know the other person that well. If you happen to be on the receiving end of it and you know that the other person means it with good intentions, please do reciprocate. A hug that is not received nicely is sad.

Suggested read: 15 sure signs that tell you’re meant to be together

Hugs are lovely. Feelings and touch are an important part of any relationship or friendship. Not only do hugs comprise the physical bit but they also allow it to grow in terms of depth and sincerity of the bond. One can define and explore the beauty of the various stages in the relationship from a hug. You can tell a little about how a woman feels about you from the way she embraces you, how she would want to proceed in the relationship. So to read her body language better, know all the different ways in which she could hold you in her arms.

There is a certain magic in progressing from holding hands and sharing coy glances to hugs in the initial stages of a relationship. In a world full of alarm clocks, agendas, and cynicism, there is a little magic in the pangs of feelings and the few butterflies in our systems. We all have our fair share of problems, failed relationships, and bad experiences. On the other hand, aren’t those mysterious reactions of our bodies and those emotions that seem a lot like ‘love’ make living almost worth all the difficulties and pain? The world would be a far better place if people really just communicated a little more clearly and hugged a lot more. 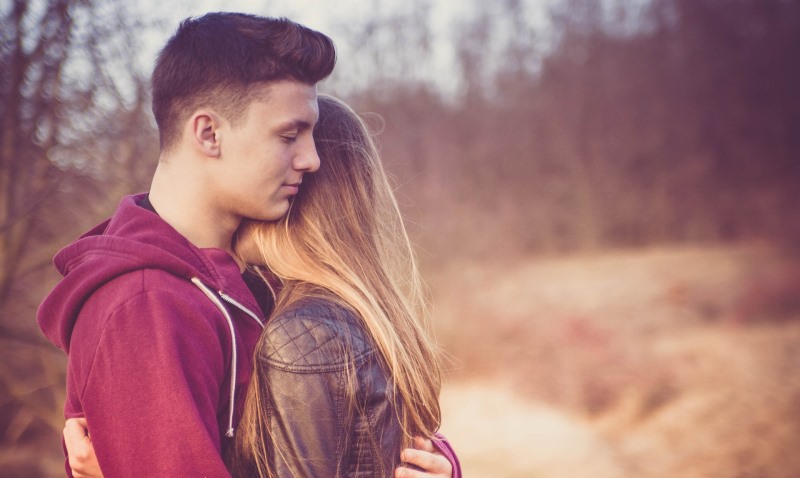