Dating For Dummies: The Ultimate Guide On How To Flirt With A Guy Over Text

Flirting doesn’t always have to be done in person, you know. You can flirt through text too. In fact, knowing how to flirt with a guy over text can be a lot of fun, provided you know the right way to do it. As with anything else, there are a few dos and don’ts that should help you navigate flirting while texting. Of course, it all depends on what you want from the guy – to date him properly or hookup with him for a something short term or to get him physically attracted to you.

To begin with, you need to remember that you shouldn’t be the only one who seems to be flirting, while he remains chaste and keeps things on friendly territory. Usually what happens is that when a guy knows that a girl likes him, he gets complacent and takes her for granted. So you need to make it seem like he’s the one wooing you, so that you can sit back and enjoy being wooed.

1. Do let him know that you remembered him.

This will let him know that he made an impression on you, and that you’re complimenting him in a backhanded way. It’s going to make him feel warmer towards you. Besides being a huge ego boost for him, it will show him that he did something right that made you sit up and take note of him. If you’re friends with him on any social media channels, say something witty about one of his posts or tweets. That’s sure to go down well with him. 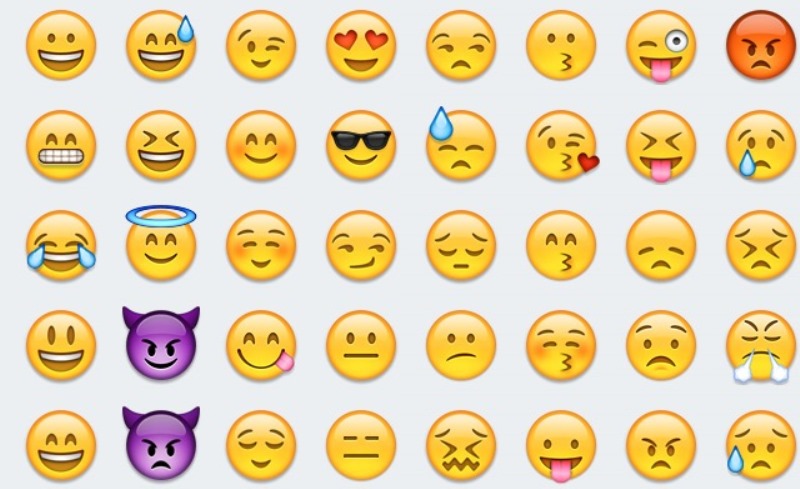 Smiley faces and other related emojis are fun and flirty, and convey what you’re feeling much better than words can sometimes. A wink here, an air kiss there, a laughing emoji here, a hearts in eyes emoji there – do the trick almost as efficiently as words ever could.

3. Do use his name while texting.

Quite often too. Using his name while texting makes it personal and intimate like nothing ever could. Not every text though; once every two to three texts should do the trick, especially when you’re trying to compliment him or saying something nice or cute. If, in your many text exchanges, you come up with a nickname for him, use that to tease him, address him, and possibly even make him blush.

Naughty texts have their own benefits, in the right situation. When you barely know the guy or are just flirting with him for a few days, sending risqué texts or trying to sound too explicit is a no-no. The key is to make him ask you questions, so that you keep him interested, with his imagination doing all the work for him, instead of you spelling it out explicitly.

For example, if he asks you what you’re doing, text him something intimate and personal like ‘I’m changing clothes after my run,’ ‘Just came out of my shower,’ and so on. Make him flex his brain muscles while you keep it innocent and chaste, for the most part, without really talking dirty. This is the best way to flirt with a guy over text, without making it obvious that you’re initiating saucy texts. 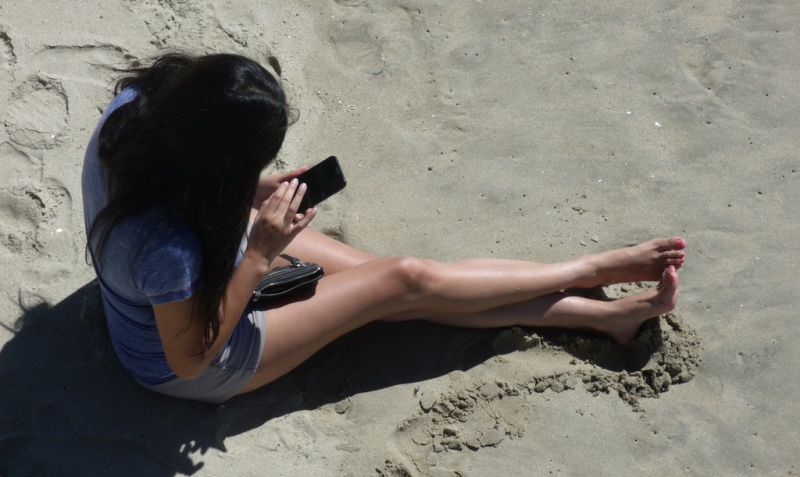 Chatting on text is different than conversing in person. You can’t explain everything on text, and neither should you do it. Resist the temptation to explain every single statement you make, by keeping it mysterious. When you keep it short and leave things open for interpretation, he will make his own assumptions, which might be on point or off the mark. If you’re trying to be flirty and he wants you to reconfirm what you meant by your statement, either change the topic altogether or distract him by asking another question.

When you leave him confused, he’ll want to know more about how your mind works and what makes you tick. He’ll initiate the conversation more often than not, in an effort to do just that. Keep him on his toes and make yourself mysterious by leaving things open to interpretation. He’ll sure come back for more.

Keep your flirty texts subtle and don’t make it obvious that you’re flirting with him. That just gives out the wrong message that you’re easy to get, while he takes it easy and doesn’t bother with the whole wooing process, leaving you to do all the heavy lifting.

Suggested read: Here’s how you flirt, based on your Zodiac

It’s not just women who like to be complimented; guys like it as much, if not more so. Be sweet to him and compliment on something you’ve observed in him. Compliments need not be limited to outward appearance, you know. Although those are appreciated too, genuine compliments that reflect his personality and characteristic traits are sure to warm his heart and make him feel good about himself. His integrity (if you’ve witnessed anything related to it), his honesty, the way he respects all women, the way he respects your views – anything that sticks out for you in his personality are good for compliments. 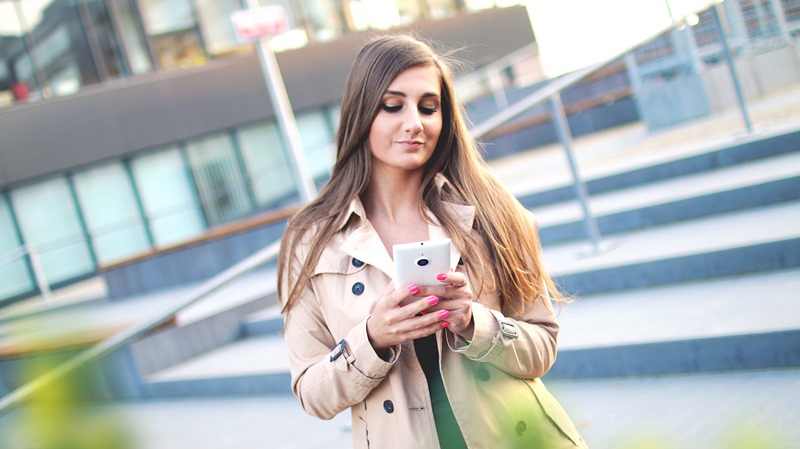 Or you’ll seem desperate. Yes, don’t overdo the flirtation because guys can see through it. This again is an extension of the point about being NOT obvious with your flirting. If you do go overboard, especially if you’ve given him hints that you like him, then that’s just overkill.

There’s a thin line between being flirty and being desperate. If you’ve just started to text him flirty things, don’t jump the gun and ask him to join you for coffee or dinner right away. He has his own life too, so don’t treat him like a convenient buddy who’s up for anything you have in mind. Plus, if you seem too eager, he may even lose interest in you and move on.

Ugh! This is the worst thing you could do when you’re trying to be flirty with him over text. If he doesn’t answer your texts, he’s probably busy or is sleeping, or gone on a run. You don’t know what he’s up to, so give him time and space to reply on his own time. It’s not like you’re both in a relationship for him to ditch everything and start texting you. If he takes forever to respond, it may also be the case that he’s not that interested in a conversation with you. As hurtful as this is, it might be true too. So there’s really no point in you coming across as a clingy girl, who doesn’t know how to take a hint. On the other hand, if he really likes you back and wants to impress you, he will text you back with a believable reply as to his inactivity. 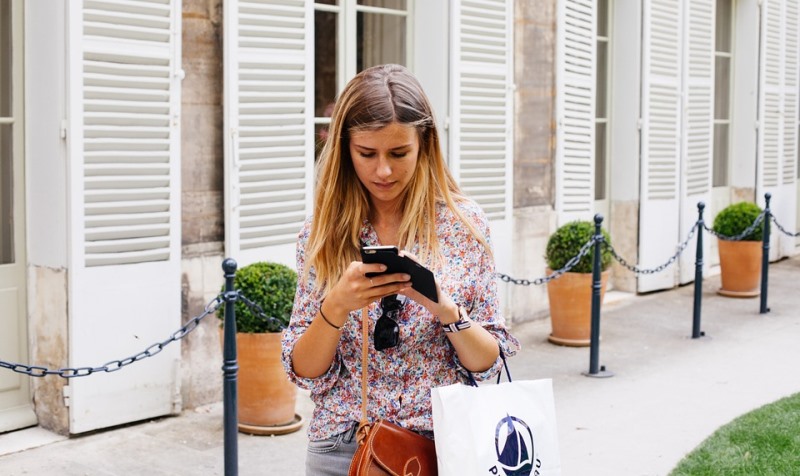 Don’t drag the conversation unnecessarily, when you know you don’t have anything to say. End it altogether or think of something interesting to say if you think the conversation is veering off from your intended direction, or if it’s become boring. This is the perfect time to invent someone at the door, or your mum calling, or you being late to run an errand. Excuse yourself with an appropriate excuse and say that you’ll text him back later.

One of the main things to know when flirting with a guy over text is to keep it interesting. The best thing you can do in these situations is to retreat and come back at a later time. Not only will it keep the air of mystery about you, it will also keep him hooked, ensuring that his interest won’t wear off anytime soon.

Just like girls like guys who make them laugh, it’s true for guys as well. They like a girl with a sense of humor. When a guy sees a text from you and smiles, or laughs out loud, he digs you, for sure. If you have a quirky sense of humor, this is the time to bring it out. However, in your effort to seem funny and witty, you shouldn’t come across as rude or vulgar, and you shouldn’t try too hard either. Keep it simple and let it flow naturally.

Suggested read: 12 clear signs she is flirting with you 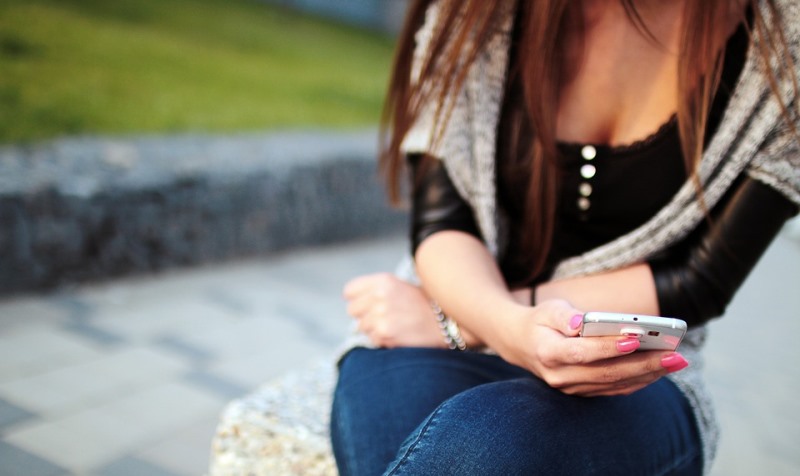 This point cannot be stressed enough. You want the guy you’re flirting with to like you, the real YOU, not some made up version that you think he’ll like. Text him something that shows your unique style and personality. Bring up things that would make each of you share different life experiences. While it’s a way to find commonalities, it’s also a surefire way to let him get to know the REAL you. Just be yourself and have fun.

That’s how to flirt with a guy over text. No stress, just easy peasy steps to follow and emulate. And you’re good. Good luck flirting!