14 Things You Will Understand If You Grew Up With Sisters

Growing up with sisters is one of the most challenging as well as rewarding experiences, because frankly, while they were the ones who got on your nerves throughout most of your childhood, they were also the ones with whom you could discuss your issues with. Here are 14 things you would totally relate to, if you have grown up with sisters.

1. Your childhood was a series of experiments

Whether it was a new hairstyle, a new trend, their ambition at age 10 of becoming a fashion designer, the latest makeup products, you were the subject of all the above experiments, without exception, which made for some pretty embarrassing childhood pictures.

2. 75% of your wardrobe consists of hand-me-down clothes

In fact, there have been times when you have patiently waited for your sister to outgrow her things so that you could take them for yourself, and other times, when you resented being the recipient of the recycled goods.

Suggested read: 12 reasons why your sister will always be your best friend

3. There was no scope for polite permission

If you wanted something from your sister, you took it. It might have involved a lot of screaming and debates later on, but to no real effect.

4. You are on your way to become a fabulous hair dresser

Because growing up with a sister means knowing all the hairstyles, from the basics to the cool ones, like a pro, whether you have had to tie your sister’s hair, or she tied yours.

5. Dealing with the loose hair

Legit, a sister in the house automatically entails having to deal with clumps of loose hair all over the house, whether it is clogging the drain, or stuck to the bathroom walls, or nicely attached to all the brushes.

6. Treating them as your ultimate love guru

Somehow you get the feeling that sisters were created to give the right kind of advice, especially when it comes to love and other sensitive things, which is usually difficult for parents to get.

7. Realizing that they are more protective of you than boys are

Literally, every time you have gotten into a scrap, your sister was there to get your back and threaten whoever was bothering you, making them more effective bodyguard than any other male specimen.

8. Getting a boyfriend/girlfriend to get their consent

Before engaging in romantic affairs of the heart, it was always important to make sure that your sisters liked your new love interest, before you could carry on with relief. Usually, they didn’t.

9. Getting to hang out with their friends

Somehow, your sister’s friends were always cooler than yours, and the perks include getting to hang out with them, which in turn, made you really cool.

10. Finding their bobby pins and clothes in weird places was not a big deal

The thing with sisters is that clothes and bobby pins are the eternal source of dilemma because they keep misplacing them, and you keep finding them in the most random places.

11. Feeling pride in being their secret-keeper

Whenever they confided in you, you never felt like betraying them, or ratting them out. In fact, you felt privileged that you had dirt on them, which you could probably use to extract favors later on.

12. You always preferred having boy friends

Because your sisters are the only female companion you need, frankly, and it can get quite overwhelming sometimes, making you crave male company.

Suggested read: Mushy quotes that exemplify the bond between brothers and sisters

13. Using everything she owns was a normal part of life

Whether it was playing/destroying her Barbie’s or using her bath products, one of the most natural part of growing up was using the things she uses.

14. Weird inside jokes which only you and your sister will get

Which excludes the whole world from your collective coolness, reminding you again why sisters are the best things to ever exist.

Tell us about your sister tales in the comments. 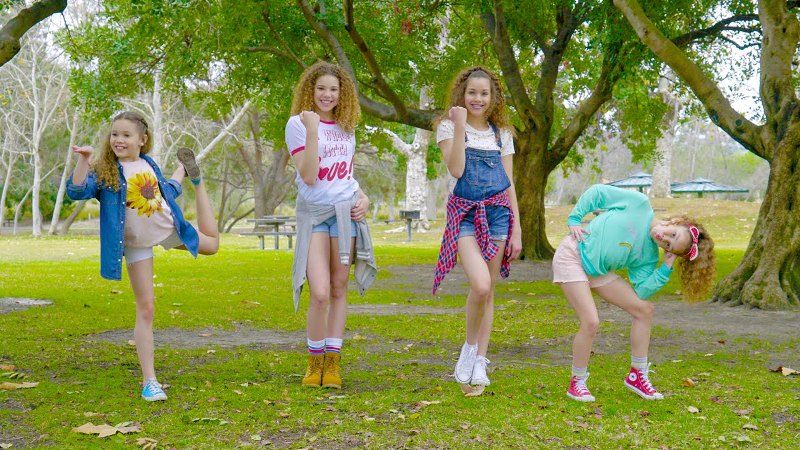 Article Name
14 Things You Will Understand If You Grew Up With Sisters
Author
Aishani Laha
Description
Sisters are FOREVER!