15 Hollywood Celebs Show Us How To Work Layers In Style

A lot of people might not want to go for layers in summer because the more clothes you wear the hotter you are likely to feel. However, a lesson or two from some of the hottest celebs in Hollywood would show how summer is also the perfect season to rock layers while at the same time, keeping cool in soaring temperatures. Here is how to layer like a fashion pro:

Rosie Huntington-Whiteley chose to style her summer with a simple striped shirt, distressed jeans from Paige and layered it with a cool military jacket, keeping the accessories simple with the Rag and Bone fedora and tote. 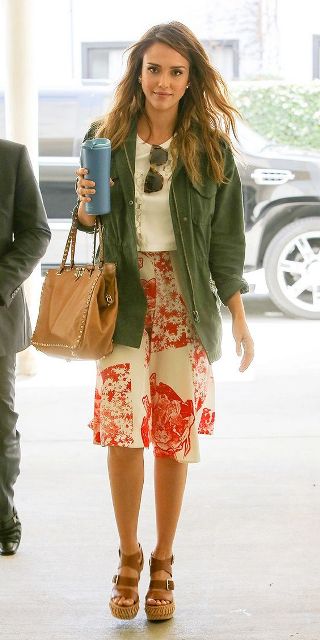 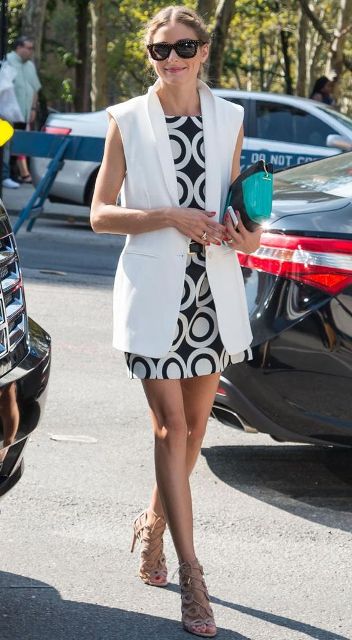 Olivia Palermo shows us how to beat the heat in this stunning printed Donna Karan number which has been layered with a sleeveless white vest. 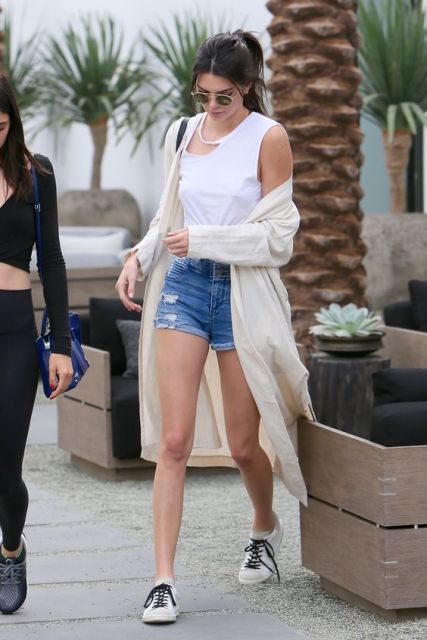 One of the most stylish sisters from the Kardashian clan chose RtA Salvador Denim shorts paired with a white tank top, which she layered with a long, off-shoulder over-shirt, giving us some serious summer layers inspiration. 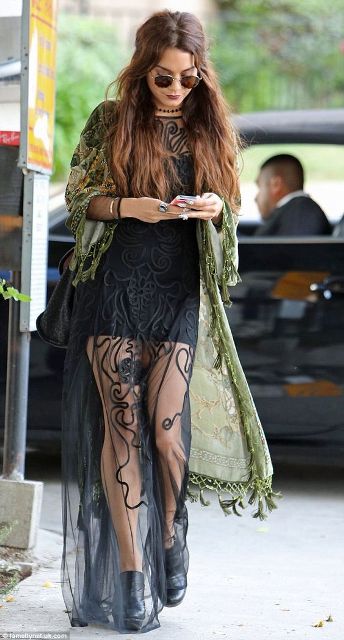 Layers are the ultimate way to showcase your Boho chic fashion, which means you can pair a long, flowy maxi skirt with a long flowy overshirt with tassels. To make your look more Bohemian, you can add the requisite accessories like choker bands, Coachella glasses and ankle boots. 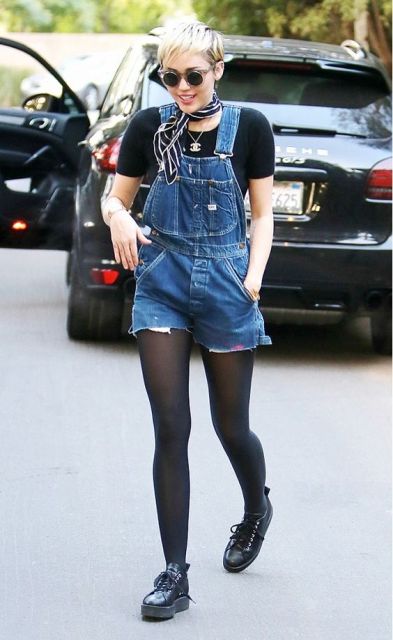 Miley rocks this chic summer girl look with a simple black T-shirt, a pair of sheer black leggings and a scarf, which she has layered with a pair of denim dungarees. 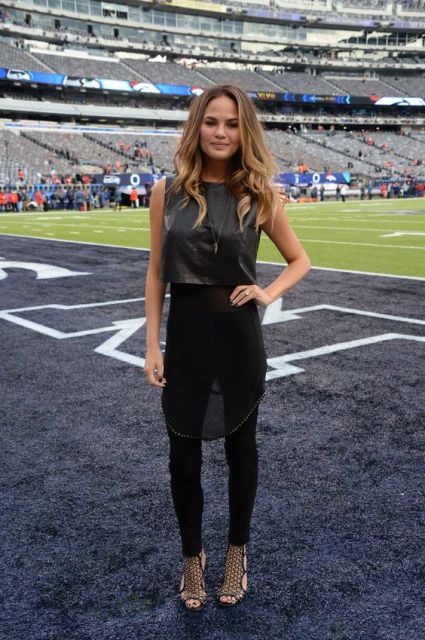 Chrissy Teigen layered like a pro at the 2014 Super bowl when she wore an all black outfit with a crepe crop top with a sheer undershirt, and a pair of black denims with her Tamara Mellon shoes. 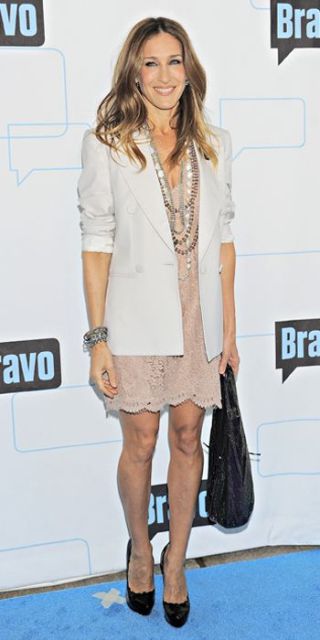 Sarah Jessica Parker wore a stunning lace dress in dusty pink, which she layered with a pristine white Stella McCartney jacket with rolled up sleeves, keeping her look edgy and feminine.

No one pulls of summer layers better than Gigi Hadid in her Balmain outfit, which consists of a pink corset top tucked into a pair of high-waist rose-dust pants, layered with a robe coat in sheer and shimmer of the best kind. 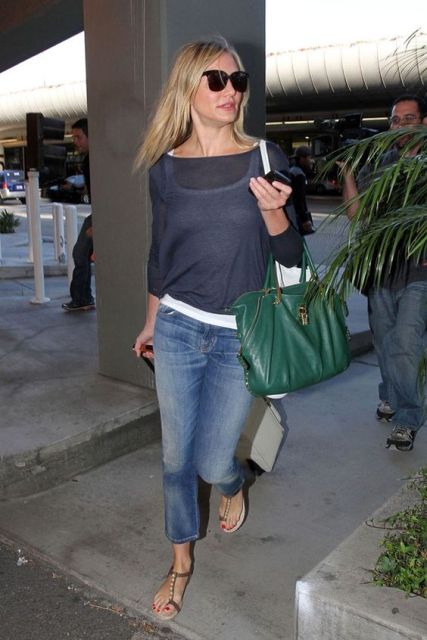 For a cool summer street style look, take inspiration from Cameron Diaz, who chose a pair of blue denims and a white tank top, and then spiced it up with a blue over-shirt in strung cotton.

Amber Heard looked gorgeous in her pure white lace Tome separates, which would have looked nothing extraordinary had it not been for the stark contrast that she created by layering her look with a black tone wrap-around skirt, which she wore for the London screening of Magic Mike XXL. 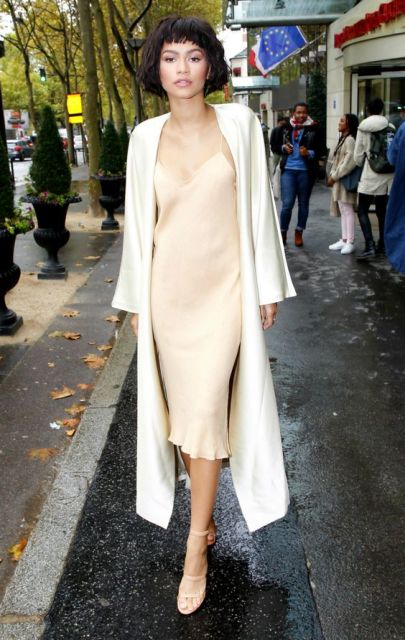 Zendaya wore an ivory silk midi dress for her summer in Paris, and oomph-ed up this simple outfit with a midi robe in pale white from The Row. 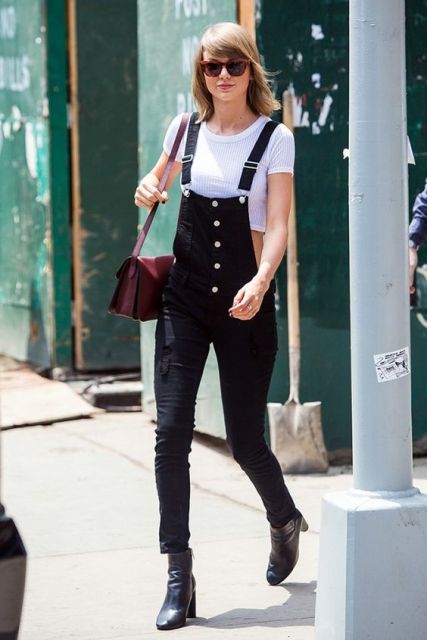 The official queen of street style layered her look with a white crop top from TopShop under a Fire Button Front Denim Overalls, which she chose for a lunch date with Calvin Harris and Ed Sheeran at the Spotted Pig restaurant. 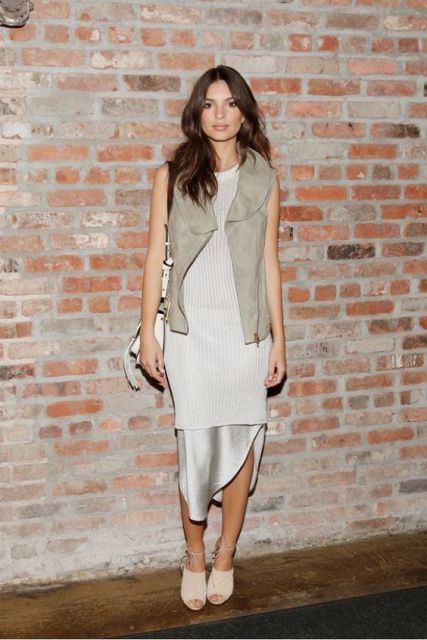 For the New York Fashion week, Emily chose a knitted white dress layered over a satin underskirt, and then added another layer with her neutral-colored sleeveless vest, and managed to look super feminine and fashionable.

Suggested read: Why FRIENDS fashion will never be dated 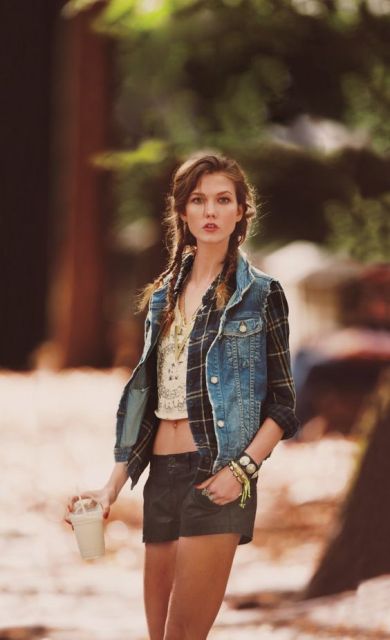 The ultimate summer layers look is demonstrated here by Karlie Kloss for her photo-shoot for Free People magazine, where she sports multiple layers- a white printed crop top under a simple cotton button down, which is again layered with a sleeveless denim cut off jacket, all of which complements her super short shorts. 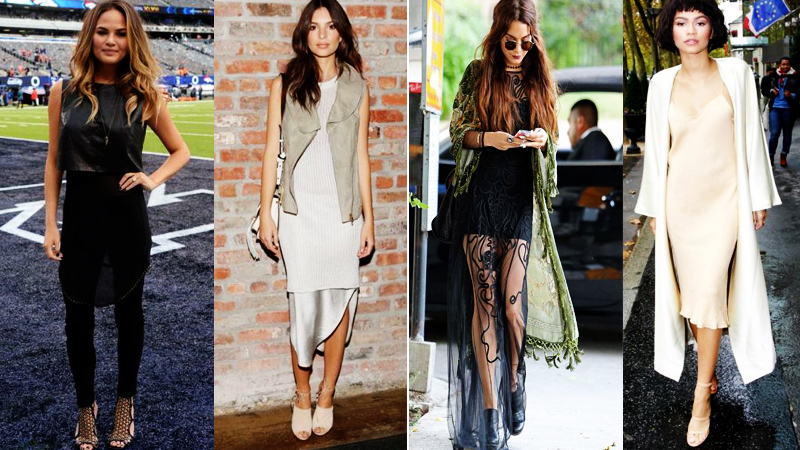 Article Name
15 Hollywood Celebs Show Us How To Work Layers In Style
Author
Aishani Laha
Description
A lesson or two from the hottest Hollywood celebs will prove how summer is also the perfect season to rock layers while keeping cool in soaring temperatures.